What are the Hidden Secrets Behind a Bowl of Rice? 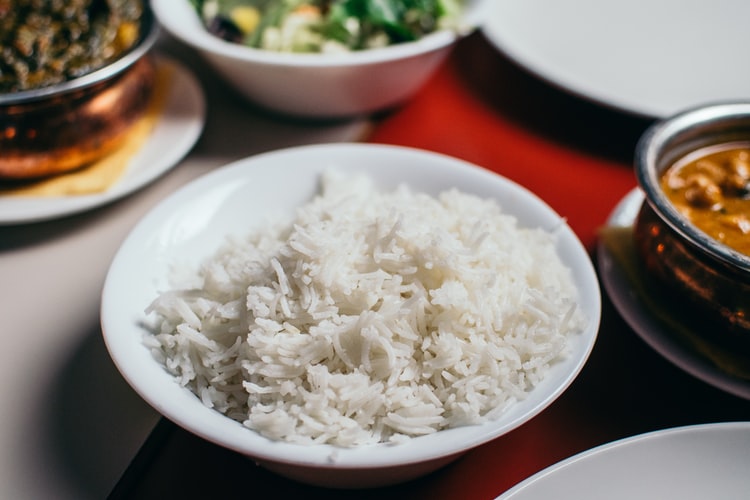 From the salt shakers of world cuisine to the multi-fragrant of dishes around history, the bowl of rice floats on the surface as a dish that conceals in its making numerous and profound secrets that could not be revealed by one’s spoon, fork, or chopstick. Though, a deeper dive into the history, culture and traditional threads connected to the dish might solve this case.

From the Mythical to the Religious Ground

2500Bc in China, the world stood on the pedestal of discovering one of the most valuable grains that have ever been cultivated. How did it come to the sphere of existence is a question that varied in narrative accounts. From the myriad of stories shared, the most famous one revealed itself at the door of a gigantic flood that caused the destruction of plants and farms. Whilst the place was moving to ruins as hunger led in the horizon a sentiment of death, and on a fortunate day a sacred fairy dog came running from the field carrying in his tail seeds of rice. People were amazed at such an unanticipated blessing, and they immediately moved to plant the seeds in fields in order to combat the phenomenon. This act resulted in the production of a large amount of rice which meant people could reach sufficiency. The fairy dog was a mythical tale shared by the part of one culture, on the other side of the isle, Japanese rich folktales introduced to the public Inari, the God or the protector of rice cultivation, who is respected, admired, and worshiped by merchants and farmers. Stories were written and exchanged about Inari from generation to another, forming a cultural heritage around the holiness of rice. Moving from the Asian surreal grounds of myth to the corners of divinity where rice also takes a prestigious place in the religious and sacred ritual of Hinduism as it symbolizes abundance and fertility. Rituals such as the Rite passage which imposes the use of rice in process of either: separation, transition or reincorporation, to the implementation of rice in prayers, to marriage ceremonies. While religion or mythical stories were the generators of the legacy surrounding rice, in other cultures it is simply considered to be a lucky charm, a component that might lead to a better outcome if you have it with you, or if you eat a handful of it. The everlasting spiritual significance of this grain could not be considered strange from any of the cultures or traditions of the world, yet to confine rice’s value in the practical concrete world is the process led by numbers and Markets

Rice as a Necessity in China and the World

The delicate texture, the easiness of consumption, and the availability of the grain in China makes it the most demanded product in the market. The historical and traditional value of rice had an impact on the popularity attained by the grain, but the money spent also plays a pivotal role in its popularity. Rice crossed the Chinese villages as a currency that broke the restrictions of social classes and differences as it imposed equality and modesty into the Chinese cuisine where every meal did not exclude this component from appearing in the tables of the consumers. This was possible because of its cheap price, so rather you are from a poor family, a middle class or high-class family it does not discriminate against any class as every person is allowed to enjoy the deliciousness of rice. From “Yangzhou and Hokkien Fried Rice”, to “Chinese Sticky Rice”, even deserts sometimes included this magical grain. The dishes may differ but the love related to the bowl of rice stays one. For the rest of the world, this image could not be painted or ever come close to struck the imagination. Rice is simply a commodity that is not accessible to people from various classes, yet it is still in high demand from every nation, be it from the western hemisphere to middle-eastern countries to the African continent this want to fulfill the addiction of rice is shared globally. This huge attention toward rice grew as a result of scientific and technological development that asserted this supremacy; just listing the numerous benefits that this grain can offer would design by its own a successful market plan. These marvelous findings led to the alteration of the lifestyle of people which is promoted nowadays as a social trend.

Rice as the MVP of Fitness Diet

Carbohydrates are the parameter respected in the world of fitness in respect of weight gaining and loss, and rice is a grain that is filled with this compound. The value of rice for the growth of the body size was first intercepted and concluded by the research conducted by the physician Walter Kepmmer from Duke University in 1939. His findings changed the way we look at the world of nutrients and rice utterly as he composed the famous “Rice Diet” that its effects exceeded the results reached by any drugs, surgeries, or any diets before. Thin Patients were able to gain weight and better physical appearance, whereas obese individuals were succeeding in losing a large amount of weight. The impact of his diet did not solely focus on the shape of bodies but also helped people to overstep many complex and critical diseases. Kepmmer focused on diets that needed short terms and close supervision of each case by regarding the changing variant of each patient. These findings transformed with time to become a vital process of every diet, and it’s advised by coaches, physicians, and nutritionists as it provides the body with vitamins, nutrients, and minerals.

From the sides of a humble table to pictures shared and liked on Instagram, to the creation of hundreds of recipes, rice is an embodiment of a God that might be mystical to some traditions but a luxury to other regions. So from the lands of historical, mythical, religious rituals to become the delight introduced by every world cuisine, transcending to a symbol of equality and sufficiency, to finally entering the world of fitness, rice has been and will always be the asylum sought by every human being.