Why We Should Consider Music and Food Vital in Life, according to the Famous Kabyle North African Village “Ath El kaid”? 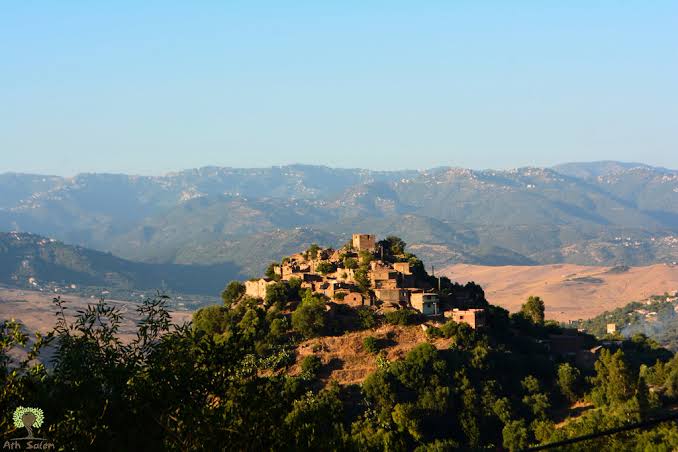 Sounds and flavors are an interconnected pattern that spreads in the fresh air of one of the most breathtaking regions in the world “Ath El Kaid” in Tizi Ouzou, Algeria. In the highest point of Djurdjura, the sounds of music are heard, the mesmerizing mother nature sings these operatic sensual rhythms and shares this pleasing diffusion of aroma to add this unique touch to the place, so it represents a reproduction or a harmonic birth of a dynamic that connects people with nature. The unbreakable link between the inspiration offered by the magnificent terrain, merging with the songs and food created by the Amazigh people, makes it difficult not to define the place as exceptional. Yet, this was not the only combination relating food and music to this historical landscape; therefore, the question raised at such a particular instant is to what extent music and food are important and special to this region? The answer to this question will take us in a time capsule to the past that still speaks its truth in our present time. Music as an identity core belief nourished by the long history led by their Godfather of the Kabyle music Matoob Lounes, who did not simply lead the music industry of the region into a different dimension, but touched every aspect of their lives as he revolutionized the freedom of thoughts and belief and fought all his life through his songs and writing to crystallize dependency, first in the mind of his people, and second across the Algerian territory. Songs such as: “AYEN AYEN”, and “MONSIEUR LE PRÉSIDENT” dared to go beyond the limit surrounding the monopoly held against the freedom of speech in Algeria at that time and went forward in order to question the intention of the government and mobilized forces to protect Algerian history, culture, and language. His long-lasting attempts to combat and fight for a better future were maintained through his love of music. The Kabyle attitude toward music and Matoob’s effect on the culture inspired the community to nourish this ritual of using music as a tool of expression and release in their daily lives. Music implementation had a direct impact on the food created either in their ordinary, celebratory or even in funerals

Another part where music was always present, is inside the kitchen of every house where all women incorporate singing and listening to various tracks of traditional songs in their cooking sessions. Long hours of heat and adding different spices to ensure lunches and dinners are filled with the necessary ingredients and flavors that will offer joy to every family member. The grandmothers of Djurdjura were convinced that the only way to cook is with the assistance of old traditional beats and rhythms. They were fully aware of the magical and effective consequences that music had on food, thus; they shared these habits from one generation to another claiming it as a ritual. So either they are the poems of: “Taos Amrouche”, or the songs of “Maatoob”, or “Ait Menguellet” the result was one, irresistible dishes. Another point that must be reflected on is that the combination of both the songs and food represents the identity of the Amazigh people, for example, the roughness of the voice and spiciness of food mirrors the sharpness of their characters and the braveness of their souls. “Aghrom dhi felfel” is a dish that is mostly liked and eaten daily by every Kabyle family, it is the combination of special bread accompanying a mixture of cooked green pepper, tomato, chili pepper, and the special ingredient “The Heart of Tizi, Olive Oil“, the blending of these ingredients deliver this modest, yet appetizing tempting taste. Other traditional dishes such as: “Seksou”, “Thamejout”, “Acheppadh”, Thighrifin”, “Thiasvanin” are interesting in the process of their making as well as their final result as they offer irresistible sensation and mouth-watering reflexes. The stance held by these people around the vital effect of food and music is further acknowledged by scientific research as years pass by. A professor of experimental psychology at the University of Oxford, Charles Spence conducted research entitled: “That Sounds Sweet: Using Crossmodal correspondences to communicate Gustatory Attributes” which promotes this indestructible association between taste and sounds, he explains that the latter represents this embodiment of a particular visual representation in our minds. He also suggested that we identify typically higher sounds with sweets and lower sounds with a sour taste. This particular information concludes that if supposed songs have been created to foreshadow the characters and identity of their creators, the second supposition would be that sounds are connected with food in a pattern that cannot be denied, therefore; if segments of music and food are put at the same time the result would be the two components affecting each other and transforming both variants resulting in transmitting people’s characters in every dish served.

Music and Food as a Change Force for Funerals

While music sounds are related mostly to celebratory occasions, in the heart of one of the most beautiful villages in the world  “Ath El kaid” starts a tradition that has imposed itself in every part of the Kabyle region in their farewell addressed to their lost loved ones. Women are stretched around the cementers after the news of the death of a person, and they share these rhythmic folklore sounds as they try to showcase their support to the family and try to honor the deceased. The impact of the music sang by those women goes beyond what the words can translate.

So both music and food are used to decrease the intensity of death and they both linger on similar sentiments and ideas that can be expressed in the following points:

1) Music and Food as a Catharsis to the Heightened Emotions:

As it is acknowledged by most researchers about human behavior, most people during funerals tend to reach a peak of intense emotion that can be transmitted either through tears, silence, anger, or sometimes hysterical laughter. at such a rate, music as a southing component helps deliver this peaceful sensation to the body as it plays the role of a blanket that covers the lingering loneliness out of the skin of the suffering individuals. The feelings transmitted through music plays like a companion to the feelings shared by the grieving individuals, thus finding support within the songs displayed. The same feeling can be shared with food, as people move around the table with unlimited engagement and they seek to help the grieving individuals by encouraging them to nourish their bodies and take care of their health, and initiate conversations to distress and release the tension build inside their sorrowful souls.

2) It Spread the Communal Sense within the Members of Society:

Music played or sang in funerals builds this corporative spirit of one body hurting for one loss. This communal spirit can be shared by the utterances of similar words and rhythms which put most people on the same stance connecting the sorrow of one to the whole group. This helps eliminate isolation that might occur in most funerals which might lead to health complications. On the other side, sharing food is also seen as an element that strengthens the bonds between the community, as it is firstly, shared with every person no matter the ethnicity, religion, race, or gender; and secondly, it is perceived to be a charity to the soul of the deceased. This act connotes the sense of humanistic traits and brotherly bonds.

3) Music and Food as an Identity Rhythm that Hosts the Shades of the Kabyle Character:

The songs sung and food cooked by the women in the Kabyle regions speak first of their cultural side that promotes fierceness and dignity with whatever they try to accomplish. This sharpness in execution, passion, and pride linked to their work is also seen in their most vulnerable moments, as they choose to commemorate the loss of the person and their sense of the loss with a touch of pride that explores the raw and true side of them.

4) Music and food as a Form of Eulogy and a Sacred Ritual towards the Dead:

Music and food shared at the upskirts of towns of Tizi-Ouzou in funerals denote a celebration of the holiness of the body. It is simply a form of honoring the life of the person by bringing a collaborator harmonic sounds and sustenance as the lyrics and dishes are used as a way of appreciation to thank the deceased. It is a preparation for the person to enter the final act or chapter of his life with a sense of respect and love regarding all what he or she has brought to this life, the friends and family they have made, and the words and work they have accomplished. All these moments will be remembered and celebrated at the end of his or her journey. As the soul might have left this realm of existence, but his memory will be remembered forever.

5)The Transformation of the Traditional Views Related to Death from Negative to a Celebratory Symphony that Glorifies the Unique Experience of the Person -One-Life-One-Gift-:

Through myriads of psychological studies and research, it was concluded that music and food bring this sort of positive spin into the soul and body of the human being as it increases the release of dopamine and other hormones that eventually bring joy to the life of the human being. Therefore, many people in Tizi-Ouzou are aware of this fact, which helped them come up with this tradition to counter-react such devastating situations. Firstly to facilitate the pain for his closed circle, and secondly to change the orthodox perception that surrounds death. This gloomy, dreary atmosphere comes along whenever such events occur, thus; revolutionizing and innovate a sense of balance instead of negative sensations. According to them, the last note of life should be remembered as the best moment, as this ritual put in the center of attention life as one unique experience that the person should be grateful that he or she had the chance to be a part of. This understanding connotes that life in its desperate, frustrating, and devastating moments still hold this collateral beauty and meaning that can make everyone transcend the momentary physical loss, reach a great sense of belonging, and be able to extract meaning through the suffering.