Harissa is It a War Generator or a Peacemaker? 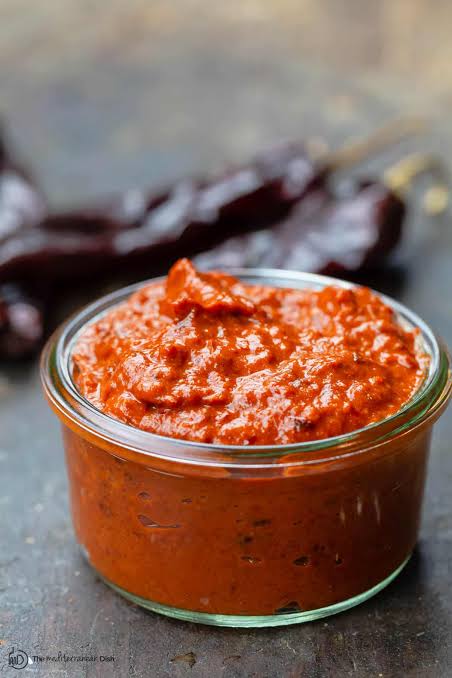 “Food Will Win the War”, a hovering authoritarian voice that led the United State in 1917 to mobilize its efforts to come to a communal spirit, a bond for the sake of winning the world war. Food as the primary savior was a motto shared by the state food administration issued by Charles E. Chambers in Hoover’s presidential time. This policy focused on tailoring a campaign that would sustain the American troops, but also feed the hungry in Europe; this strategy was an attempt to fight back the communist sentiment and presence. Thus, this is one of the instances where food is labeled as not the root of war but rather a peacemaker. On the other side of the world and at a different time, in 1535 and under the oppression installed by the Spanish colonizer in Tunisia, a different life was narrated at the edge of the Mediterranean sea. The lifestyle and habits in Tunisia developed in a massive way where somehow new or hibernation of both cultures was promoted at the surface. In the gastronomy world, Spanish influence was very present as many dishes and techniques were introduced in the Tunisian kitchen, however; one specific aspect was apparent in each dish produced by Tunisian chefs which were spices. The matador cuisine can not detach itself from the hot spices in the making of any meal, chilli was the signature ingredient in their dishes. Therefore, from the walls of discrimination and shackles of colonialism, and amid creativity and pure passion an ingredient came to life; “Harissa”, landed the crown of every Tunisian house. Tunisian people and after being familiarized with many Spanish dishes have come to the conclusion of liking the hot spices linked to the food produced. Therefore, they ventured into creating a new paste that is composed of garlic, peppers, and spices like paprika, or cumin, and olive oil. This special paste is formed in an effort to design a fusion that adds this texture and taste to the food they cook so dishes like Chorba, fish plates, Ojja (Shakshuka), and especially fast-food sandwiches were now mixed with this side sauce bringing this explosion of textures with every bite. This paste, later on, spread around the North African region through economic and cultural exchanges becoming an essential part of their culture and identity.

Hallucination as an end to the mass-Consumption of Harissa

From doors of extreme intensity, Harissa was born to challenge the daily balance taste of the cuisine, to send the human being into a runaway marched for the sake of creating an evolution to the cooking rituals and add another level of spiciness. This new layer did not have a solely mandatory effect on the tasting senses but also on the mental side as the overconsumption of spices in a particular period of time might lead to the rise of hallucination. According to many types of research and experiences shared by multiple people, a high amount of spice consumption in a set of a day might get the person to experience illusions. Harissa is a paste that promotes such extreme spiciness which definitely mirrors the impact created by other hot spices. Thus, the lingering visions of a high literary excellent work of Ligeia, (one of Edgar Allan Poe’s famous works) might not just be a fiction but it may resemble a similar state that the person might experience because of Harissa.

From the Chains of Health to Punishment Sessions

From the health window, stands the famous paste Harissa, an appealing ingredient for humans for numerous reasons, one be it the main reason for the boost of metabolism, second because it is also considered to be helpful for people with high blood pressure, and thirdly it solves the issue of disliking the consumption of vegetables as it transforms the blend ingredients to more appealing and tasty dishes which encourage people to consume more vegetables. Away from the benefits that are celebrated by the side of a bottle or can of harissa sits the downfall of this paste as it is advised by most doctors to completely stay away from the excessive consumption of harissa as it causes various health complications such as daily stomach pain. On the other side, modern time contributed to the rise of hot trending innovative show called “Hot Ones”, where this Youtube show produced by Sean Evans ascended to the level of millions of views. This show is composed of a diverse top-set of questions where both the show host and the guest are sharing varied points of view while eating very spiced chicken wings. The degree of hotness elevates with time and questions until reaching at the end the peak sauce. Such a show completely transformed the orthodox way of presenting an interview and added a special brush into the mix. Yet, from the highest form of shows back to the North African homes, where we are acquainted again with another form of harissa usage, yet this time it ends with real tears. Like B.F. Skinners suggested by his behavior parameters of promoting or preventing actions by stimulating a reaction through punishment and reward. This sometimes is adopted in parenting procedures which suggests the use of harissa as punishment for bad actions or misbehaving kids where parents take the initiative of correcting their kid’s mistakes by obliging them to eat a spoon of harissa and suffer from the hotness caused by it as a reminder to never repeat the act again. Such a tactic is thought to be the best alternative to behavioral correcting manners that are used by North African parents.

So food as a savior can sometimes be the reason for the start of the war inside the stomach of the human being as Harissa is willing to defeat the senses and climb the kitchen of every house as a must-use ingredient.