Apple pie recipe: the literary meaning of the forbidden fruit 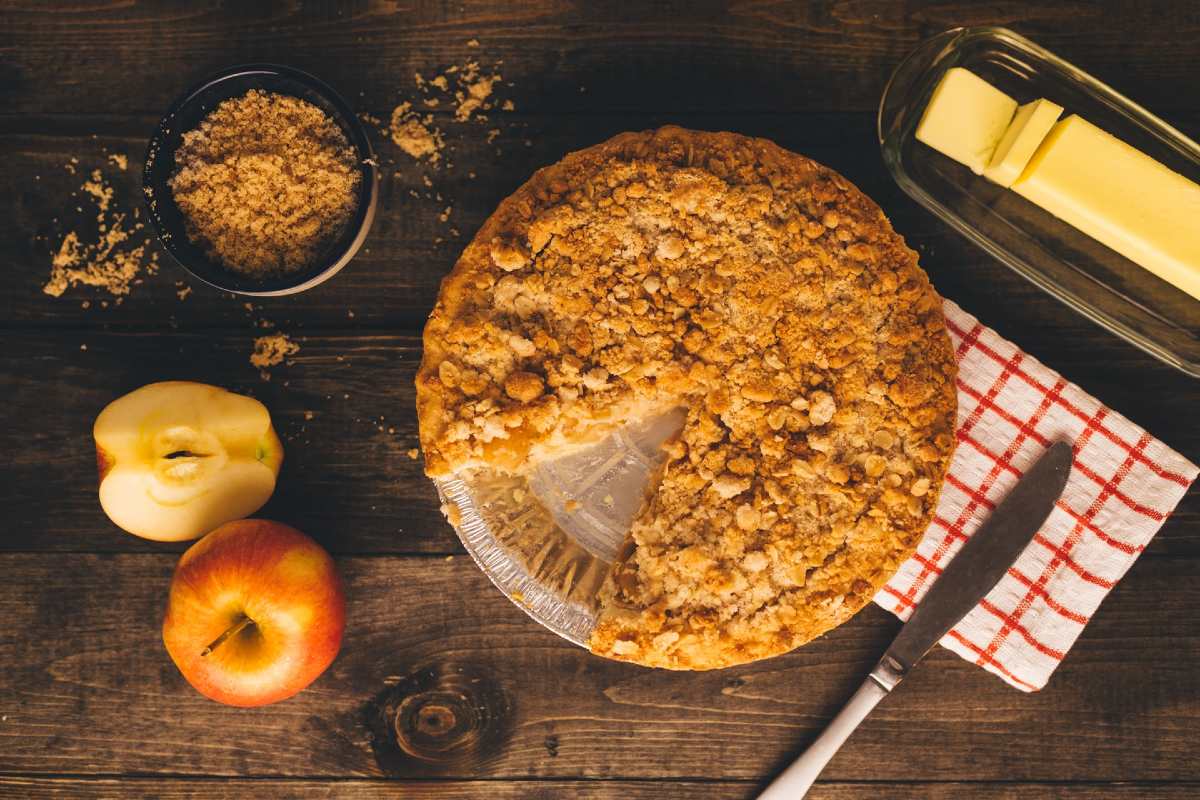 When we think about fruit, apples are the first think which come to our mind. Here you have the best apple-pie recipe ever! But first, let’s talk about the “history” and the meaning of apples in literature

Apples in the bible: the forbidden fruit

And the Lord God commanded the man, saying, “You may surely eat of every tree of the garden, but of the tree of the knowledge of good and evil you shall not eat, for in the day that you eat of it you shall surely die.” (Genesis 2:16-17)

Theologians have been discussing the topic for centuries: what tree is God talking about? Some academics believe that He might speak of sexual relations. Despite this, the best-known hypothesis states that reference is made to an apple tree. This fruit is considered to be the source of knowledge: whoever eats it will be able to understand the difference between good and evil. So, the spontaneous question is: what is wrong with that? Apparently, nothing! The actual problem is: if God left us with free will, why couldn’t we distinguish between good and evil? Here we have the interesting part. This type of knowledge, which we might define as the “truth”, is what differentiates humans from gods. By being able to know the real essence of the world, we would stop being creatures. In this way, there will be no difference between the Creator and the Creatures!

For this reason, “apples” are considered forbidden. Still, I believe that a good apple pie would make God happy too, but this is just a personal observation. Feel free to give it a try, though!

If only Paris knew the apple pie recipe

Some say that the War of Troy is the only fair war the world will ever see. Two people fighting for whom gets to keep the beauty. Despite this, not everyone knows how the war started. In the Greek world, they used to believe it is something stronger and more powerful even than the gods above: Fate. This destiny was neither god or evil, it was just a logos, a general schema ruling the reality. When the Fate decides something, everyone obeys That is it.

Now, you would ask me: how does all of it have to do with the apple-pie recipe? You might remember from high school that the War of Troy started when Paris fell in love with Elena. Correct, but also wrong. Fate had planned this many years before: the fall of Troy has always been inevitable, Paris was just the designed tool.

Long story short: we are on a mountain, during a feast. Eris, goddess of Discord, who is mad because she was not invited to the wedding, drops a golden apple on the table. There was an inscription on the fruit which recited: “To the most beautiful”. Hera, Athena and Aphrodite start to fight, until they find the solution. Among the guests, there was a young, strong and charming man, Paris: he would be the one choosing the winner.

It is not that hard to imagine how things ended: Hera got mad and cursed the Trojans. End of the story. I cannot stop guessing: if Paris has had the apple pie recipe, he might have avoided the war, perhaps …

The best apple pie recipe ever!

We have been speaking of forbidden fruits, wars, curses, fights and so on… now, let’s dedicate ourselves to something sweeter. Carefully follow the steps for the perfect apple pie: I swear, all of your friends will love you and no war will be declared!

Little disclaimer: the Evil Queen from Snow White personally gave me this recipe. I have tried to avoid all the poisonous ingredients. Please, double check for your safety!

Ingredients for a 25cm-diameter cake:

Ingredients for the stuffing:

First, you want to take a bowl: cut the butter and put it inside the bowl. Add flour and salt. Mix it and pour the water inside, slowly. Transfer the mixture to a wooden paving stone and keep kneading it for 8-10 minutes. Once the mixture is ready, cover it with clear film and leave it in the fridge for at least 20 minutes.

In the meantime, wash the apples, peel them and cut them into slices. Put the slices in a bowl with some water and juice of a lemon: you do not want them to blacken! Now, take a non-stick pan and add sugar and the cinnamon powder. Heat the ingredients carefully. Add two spoon of water and keep mixing the caramel. Then, put the apples in the pan and add some grated lemon rind. Wait until the apples get crunchy inside and soft outside.

Now, choose your favorite cake tin and butter it. Take the mixture out of the fridge and cut it in half. Flatten the first half and place it on the cake tin. Add the stuffing and then cover it with the other part of the mixture. Finally, you want to trim the edges within a small knife. Make some cuts in the centre to decorate the cake!

Last step: bake the cake for 20 mins in a static oven at 200°. Wait for it to be ready and choose your favorite drink! (If you are a huge fan of beer, check this article out!) Once the cake is ready, enjoy the apple pie with your friends! Last but not least: make sure you save a slice for all of them, we do not really need another 10-years war!