Food Obsession the Fault of People or a Conspiracy Carried out by Companies? 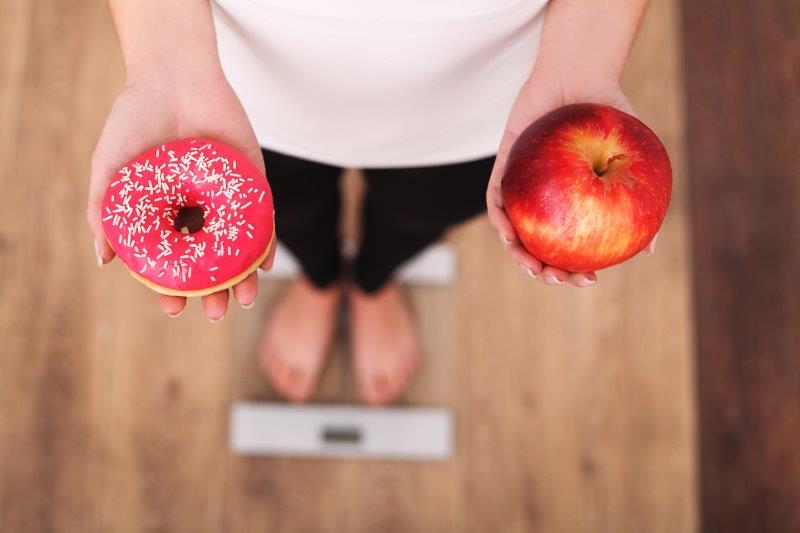 A thought that preoccupies the mind and senses for a longer period of time to the extent of spoiling someone’s time and interrupting the natural flow of their daily life, a call to feed the desire. Obsession is a word that encompasses attracting, luring, and holding the attention of the person as a hostage in a way that completely disregards logic and only serves the animalist desires, that the famous psychologist Freud called: the “Id”.

The way we interact with food is mostly not a simple cycle of survival, but rather a battle against or for the sake of fulfilling a desire. A delicious cake at a big party or those fresh donuts on an early morning walk is the most memorable bites that keep our minds hooked to taste again the melting chocolate on top or that vanilla creamy texture. The attached memorable experience is the alarm that impels you to re-live the experience again and even takes advantage to feed this desire more by consuming larger amounts next time. Though, not all food makes our body weak, sets our heads on fire, or creates a waterfall mouth sensation; and it is only related to the composition of each component consumed. For instances vegetables in general, are not fancied by most people and are mainly disliked, whereas; chocolate, pizza, and French fries are more commonly adored and are demanded by everyone; simply the secret is hidden in the list that composed these ingredients.

To reveal these secrets we need the help of science which suggests according to various research that people are more driven to eat food that contains high levels of sugar, fat, or both. These findings alerted the individual to the real reason why they are manipulated into a pattern of irrational consumption, as it is acknowledged by most scientists, sugar is the agent responsible for the rise of dopamine and serotonin hormones that lift the mood of the person into a happy and exalted state. Furthermore, myriads of research listed food with high sugar such as pizza, chocolates, chips, and cookies to be landing the highest scales of the most consumed food, while cucumber, carrots, and apples are in the first position in respect of the most disliked food. This chart represents the addiction attached to the drug-like effect of sugar on food choices taken by individuals, it explains clearly the maniac effects and impulsive craves caused by videos and reels shared on Instagram and other social media of fast food in general; the latter is nothing but a reflection of skyrocketed numbers of sugar and fat that might give the mind momentary happiness. Their costs might not show immediately but would certainly appear in later years through chronicle diseases and deterioration of health.

A fresh drink that would hydrate your body and boost your energy, one of the companies thought of a drink as such and called it Coca-Cola. A soda product that would enter the market to become the number one drink. At a time where not just drinks were favorite but also the use of coke as a substance to release tension and to heal patients was thought to be appropriate as doctors were prescribing it and The famous psychologist Freud was one of its loyal consumers. Coca-cola thought about taking the lead and could not but think of a twist that would hook their consumers so they decided to use coca leaf in the ingredients of their products in what they called “the secret formula”. At first, the drink was marketed as a product that would alleviate headaches, however later on “the Secret Formula” created a massive addiction over the drink and was consequently generating negative side effects.

This abruptly was stopped after voices started to rise against the components of the drink that indicated that the drug used was harmful and illegal which led to the elimination of cocaine from the formula in 1903. After such a stance, the company move toward changing the ingredients that make the soda, this time solely focusing on using a high amount of caffeine and sugar that still had a strong effect on consumers.

Yet even under the influence of such an addictive drink in the market, there are still people who stand with logic and are ready to curb their untamed desires. On a very memorable day, The famous Portuguese football player Cristiano Ronaldo and through a brave act promoted a healthier style. At a particular conference in the competition of EURO2020, He was assigned to sit facing two bottles of Coca-cola that were promoted by the competition. Ronaldo and in the most controversial act replaced the two bottles of Coca-cola with a bottle of water, in a scene that could be described to be legendary. The iconic player paved the way to many superstars to decline the promotion of toxic and damaging beverages and inclined himself with the more natural and refreshing drink which was water. This move cost coca-cola billion of dollars and started awareness campaigns against the danger that comes with the consumption of the drink.

On late nights dinners or day-lights lunches, noodles were the fascinating dream dish that some people in Shaanxi province were obsessed to eat and for them, it became a daily necessity. Questions were not raised as to the reason behind such a shift that touched the restaurant, but comments of unbelievable delicious noodles being served were made. Though one day a driver was stopped by the police and detained for 15 days for the charges of testing positive for drugs while driving. This incident transpired in the most unexpected way when the family of the man came forward to display the fact that they tested positive for drugs tests raising the eyebrows of the police members that later on and after throughout investigation came to a wild conclusion that shocked people. The police found out that the owner of the restaurant is using powdered poppy plant- opium- to create this addictive taste to the noodles so that customers keep coming back. Under such a revelation the investigation came to the conclusion that if laced noodles were eaten frequently, the chance of becoming a drug addict is very high.

This practice was not the first of its kind in China as cases in 2010, 2012 and the closing of a restaurant at Lianyungang, East China’s Jiangsu Province after getting caught to be adding poppies to dishes confirms the popularity of such practices.

Either it is Coca-Cola, high rate of sugar and fat, or magical noodles, the result is the same corporate and owners running after gaining the green dollars and individuals leaning into the side of their animalistic side. An alteration might happen but only from individual awareness and boycott campaigns that promote the idea of “The People” at the core of the movement.