Mezcal – The Origins of the Big Brother of Tequila 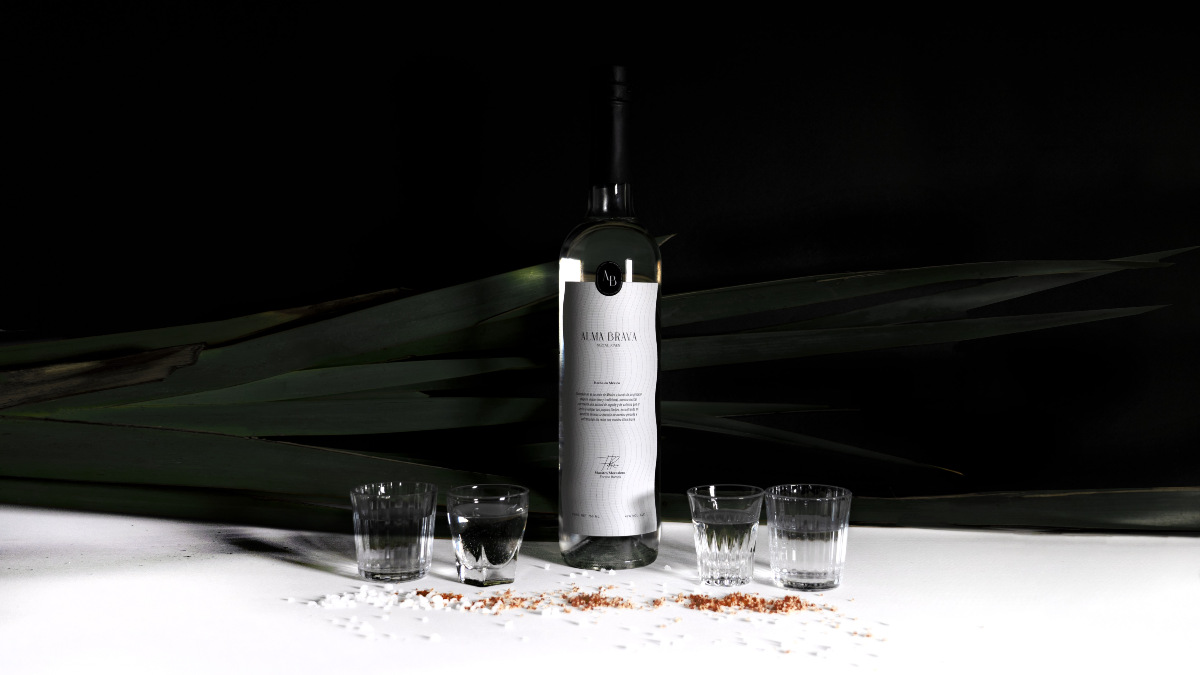 Mezcal and Tequila often get confused, although they really differ both in taste and the way they are produced. What are the differences between these two liquors and what’s the story behind Mezcal? In this article you will find these questions answered, as well as a delicious recipe for a Mezcalita, the Margarita-version for Mezcal lovers!

Let’s get to it: What is Mezcal?

Mezcal actually serves as a generic term for all kinds of liquor that are made of the agave plant. As Tequila is made from agave, but only one specific type, you can say every kind of Tequila is Mezcal, but not all kinds of Mezcal are Tequila.

Tequila has gained cult status in most western countries and is therefore one of Mexico’s most exported products. One negative side effect resulting from using only one specific type of Agave is the rising number of monocultures. Furthermore and not very suprisingly Tequila clearly offers a smaller variety of flavours than Mezcal, which can be made of all kinds of Agave, even wild growing ones. This leads to a huge variety of different Mezcal flavors. Even if Mezcal is becoming increasingly popular therefore being more and more commercially produced, there is still a high number of local famers manifacturing only small batches of Mezcal per season.

The production of Mezcal also takes a lot more than Tequila: The Agave plants have to be cooked for three to four days to extract the sugar off the plants, which will be needed for the next step of the fermentation. On the other side, to get Tequila, the agave plants are being steam cooked for a few hours and under lots of pressure.

There are some more differences between Mezcal and Tequila concerning additives – Tequila has some, Mezcal traditionally rather not- as well as in the steps of fermentation and distillation. But we will not go any deeper into that.

To sum it up: Mezcal strikes with its huge variety of different flavours resulting from the different kinds of agave used to produce it. Compared to Tequila the process of the production takes longer and is done in a more traditional way.

Myths of Mezcal: Of Insects, Godesses and Lightning Bolts

There are lots of rumors around about Mezcal like it making people halucinate or always coming with a worm added to the bottle. But Mezcal neither makes you halluzinate – at least not more than any other responsibly consumed alcohol – nor does it have to contain insects. The true story behind Mezcal is actually quite fascinating and goes back to ancient Mexican tribes.

Before the Spanish invaded Mexico some hundreds of years ago, the agave plant served as a kind of everyday allrounder: Clothes, shoes, paper and tools were made of it and of course it was also part of the people’s everyday diet. It also played a role in religious traditions and rituals and had a place in ceremonies and stories. The agave plant was also linked to one specific Aztec godess, Mayahuel, who was worshipped as the physical embodiment of the plant and godess of fertility. Mayahuel was also believed to having giving birth to the gods of intoxification. Because of this some historians assume that distilling agave plants to liquor goes waaaaay back in time!

There is one especially standing out myth about the origin of Mezcal: It states a lightning bold struck and cooked an agave plant. The juice coming out of it being Mezcal, the people were given a new form of processing their favourite kind of plant.

Back to Reality: The History of Mezcal

Less amusing but more realistic: Before the Spanish came, the people of nowaday’s Mexico produced some kind of none distilled agave liquor. The inspiration to add the step of the distillation, which gives Mezcal its typical taste and strong alcoholoc concentration, was probably given around 1520 by the Spanish. As the Spanish colonists travelled through Mexico they encountered places and villages where agaves plants grew heavily and where villagers were already using it to make their non distilled liquor. The longing for their companion in good as well as in bad times of the European invaders – wine of course – is said to having been the drive to look for other alcoholic options. By combining the knowledge of the Spanish about distilling alcohol and the Mexican creativity of using the agave plant Mezcal was born!
There are two areas which are considered possible origins of Mezcal: Michoacan and Jalisco. Both areas are well known hubs for Mezcal and historically linked with that typical Mexican liquor.

Drinking alcohol in Mexico, especially before the Spanish invasion, had been widely rejected. Even after the invention of Mezcal it was strictly restricted for a long time. This made the Mezcal enthusiasists think of pretty creative ways of hiding and smuggling their favorite liquor. One practice of hiding it, which is still practiced in some places, was burying the bottles underground. Nowadays it is said to have a nice influence in the taste of the Mezcal.

Nowadays drinkin Mezcal of course has become legal and actually even very popular in many places outside of Mexico. But how is it best enjoyed?

How to get the Best out of your Mezcal Experience

The most obvious way of drinking Mezcal is of course to simply enjoy it purely. Keep in mind: The taste of Mezcal depends on the kind of Agave being used, the process of the distillation and many other influences.
In Mexico it is traditionally poured into special Mezcal glasses, that remind of common shot nips, the Vasos Veladoras.

It is recommendable to taste different brands and types of Mezcal to find out, which one is your personal favourite.

Instead of drinking it purely you can also make a delicious drink with Mezcal base:

As the name makes more than obvious, this drink is inspired by the famous Margarita. This recipe was found on the food blog of cocktail hammer, which by the way is a great adress to find some more inspiration for mixing Mezcal or your next cocktail night.

Instead of the orange liqueur triple-sec, you add freshly squeezed orange juice to create the Mezcalita.

As ingredients for 1 Mezcalita you will need:

If you want, create a Tajin rim on your Margarita glass by wetting the edge with Lime juice and dipping it in the Tajin powder. For the drink pour all fluid ingredients into a cocktail shaker, add the ice and shake very well. Use a strainer when pouring it into the glass and add a slice of orange.

Voilà, nothing more to be done than enjoying the Mezcalita!

If you got interested in more traditional and historic liquors, check out this article about Turkish Raki traditions!