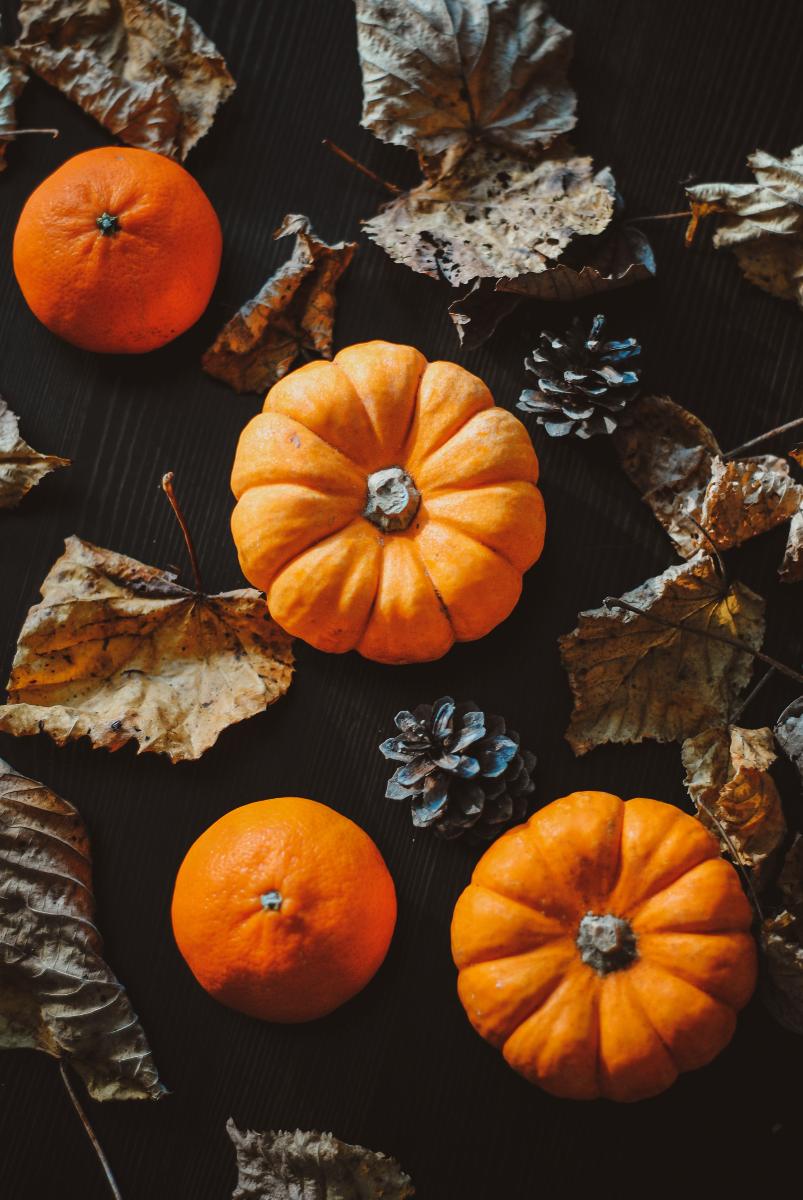 Ocotober has come and Halloween awaits just around the corner. When thinking of this holiday the first things coming to your mind might be cut-out pumpkins, scary or not so scary costumes and trick-or-treating. But those US-American traditions do not point out to the true origin of Halloween – which was actually Ireland. Check out this article to find out more about the roots of our favourtite autumn holiday and the delicious, traditional and future-telling Halloween food from Ireland: Barmbrack-cake!

The Irish Ancestor of Halloween: Samhain

Although many people regard the United States as home of Halloween and the center of the now worldwide hype about this fright-filled holiday, the true home of Halloween is Ireland. Its traditions trace back about 3000 years to Ireland’s Ancient East, where around the time of nowadays Halloween the ancient festival of Samhain was celebrated.

Samhain was said to mark the end of the harvest season and the beginning of winter. It was and still is traditionally held on first of November, but as the Celtic day began and started at sunset the celebrations began on the evening of 31st of October. Samhain derives from Celtic paganisms, an ancient Celtic religion. According to today’s view Samhain is associated with many important beliefs in Irish mythology. It was common beliefe that on this day of the year the veil between our world and the Otherworld is at its thinnes, allowing spirits and demons to easily pass between those.

By offering foods and drinks to the the visiting spirits, the Aos Sí (‘fairies’) people wanted to appease them and to ensure the surivival of the winter and their families. There was also the believe in the souls of the dead revisiting their home seeking hospitality. To ensure welcoming them people would set them places at the dinner table or near the fire place. Samhain has been – and still is – marked by great gatherings and feasts. Back in the days it might have even been connected with bonfires and sacrifices, but those definetely are part of the past.

Nowadays US-American Holiday of Halloween is a mixture of the Celtic traditions of Samhain, brought by the Irish settlers, and the Christian All Hallows’ Day, the Feast of all Saints. But we sure can see now which one of those feasts gave Halloween its touch of mystery!

Now let’s Get to the Delicious Part!

Most dishes linked with Halloween might make you think of scary sausage fingers, bloody cakes and glibbery puddings. But if you are looking for a true traditional Halloween – or rather Samhain – food and if you prefer your Halloween buffett table to actually look appalling, here you go. Meet the traditional Halloween food from Ireland – Barmbrack!

Barmbrack is a traditional Halloween bread/ cake, best enjoyed oven-warm, filled with raisins and other goods. By other goods am I am not only speaking of ingredients, but real items, that were traditionally added to the dough and said to predict the future. Depending on what’s in your piece of Barmbrack in the future your prediction could be pretty optimistic, or the complete opposit: you could be married in a year (ring), travelling the world (stick), never find true love and stay a spinster (thimber), never have to worry about money (coin) or never stop worrying about it (cloth). Nowadays Irish people and Bakeries mostly only put the ring in the dough or even leave out all of the items, but with or without future telling, this cake has got the potencial to win over your Halloween dinner!

How to Make the Traditional Irish Barmbrack Cake

So, lets get our handy dirty – how to prepare the traditional and not any less delicious Halloween food from Ireland?

As ingredients you will need:

For the fruit mix:

Start with soaking the sultanas in the whiskey, warm tea and lemon juice for 30-40 minutes. Then drain off the remaining liquid.

For the dough, put all the ingredients into a mixing bowl and stir it up with a wooden spoon. After this kneed the dough on a floured surface or at least 5 minutes with your hands. After this, put the dough in a bowl, cover it with a damp tea towel. Leave to rise at a warm place for about an hour. Before heading to the next step you can prepare the 20-23 cm buttered cake tin and butter it.

Once the dough has risen and fills the bowl knead it again on a floured surface, now adding the soaked fruit. Make sure to spread the soaked fruit is evenly throughout. Place the dough in the cake tin and once again cover it with a damp towel. Again leave it at a warm place for about 20 minutes so that the mixture rises up to the top of the tin. Doing so you can preheat the oven to 200C.

Once the douh has risen put the tin in the preheated oven and bake for around 50 minutes.
As always: depending on your oven! If you are not sure, put a wooden stick inside and check for remaining uncooked dough.

While the cake is baking prepare the topping and cream butter and spices together until soft.

When you are convinved about the state of the Barmbrack, remove it from the oven. Immediately spread the topping on top. Leave to cool down a bit, but not too long, as you might best enjoy your Barmbrack warm!

This recipe is based on an article of the Ireland Magazine.

If this article made you want to spice up your baking game, check out this blogpost about the Korean Candy ‘Dalgona’!