Po’ Boys from New Orleans – All the Facts and How to Prepare the Famous Sandwich! 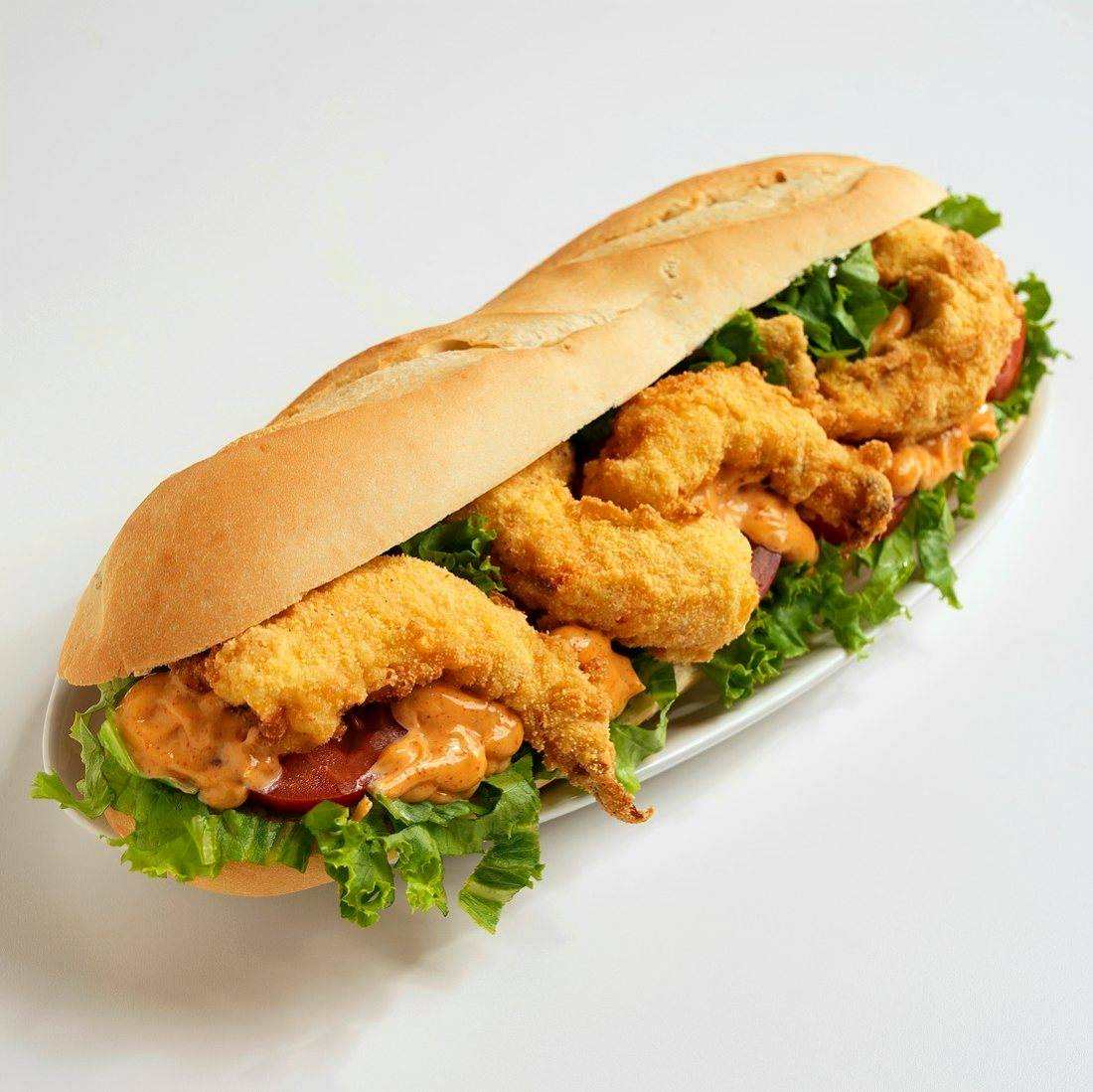 If you agree with us about bread making this world a better place and that Sandwiches should finally get the attention they deserve: Keep reading this post! If not, of course keep reading it too. The traditional New Orleans Po’ Boys very probably will make you fall in love with Sandwiches. Find out all about their history and how to make them in this Blogpost.

Just Another Ordinary Kind of Sandwich?

So this goes out to all the Sandwich sceptics out there. Why put a simple Sandwich recipe on this blog?

Making Po’ Boys is actually deceptive in its simplicity by combining exactly the right amount of all the good stuff. A Po’ Boy, ‘Poor Boy’ in New Orleans Slang, is a baguette style bread, traditionally filled with either roast beef or fried seafood like oysters or shimps. Along with this comes a traditional remoulade sauce, lettuce and tomatoes. We have got to admit, this combination will not reinvent the world, but it definitely scores with the perfect combination of different flavours. Also, its traditions root back to the late 1800 of New Orleans. Do I have your attention yet?

The origins of this delicious sandwich obviously and undoubtly lay in New Orleans. It is the biggest city in the state of Louisiana in the south east of the US.

Po’ Boys have been part of New Orleans’ traditional cuisine probably since the end of the 19th century. At that time, they were not yet called Po’ Boys though. People mostly just referred to them as oyster loafs, as fried oysters were the most common filling of the sandwich.

There are several legends and myths connected to the deriving of the naming of this sandwich.

What might streetcar conductors have to to with Po’ Boys?

The probably most common story about its naming took place at the very end of the Roaring 20’s, just months before the stock market crash of 1929. Some years before that, two brothers Bennie and Clovis Martin quit their jobs as streetcar conductors to open a coffee shop in New Orleans’ famous historic French Market. Due to its well attended site, the Martin brothers’ cafe soon became well known and popular amongst New Orleans’ citizens.

In 1929, after some quite profitable years for the Martin brothers in the gastronomy business, negotiations between the streetcar workers and the transit company broke down. As a result the members of the Association of Street and Electric Railways Employees of America, Division No. 124, went on a four month long lasting strike. Of course, the streetcar workers were left without even one penny of income during that time.

The Martin brothers, as former streetcar conductors, felt a strong sense of solidarity for the ‘Poor Boys’ left without any source of income. So they took the strings and published a newspaper ad saying they would give a free meal to any hungry striker of the 124th Division.

So any time another hungry streetcar conductor would ask the Martin brothers for a meal they would shout “here comes another poor boy” and make them a sandwich.

The Naming of the Famous New Orleans Sandwich, Truth or Myth?

The story above is the most common and probably most told one about the deriving of the name of Po’ Boys. But as it is with most things shaping the self-image of one specific place, this is by far not the only story about how Po’ Boys were named or even created. There is for example another theory claiming that the hard-pressed truck farmers of St. Bernard, a parish near New Orleans, actually named the nowadays famous sandwich.

In the end we will probably never find out about the true story of how und who named New Orleans’ specialty of Po’ Boys.

But one thing we can hand out for sure is a delicious recipe of that south-east-American sandwich!

Let’s Get to the Recipe

In the end, Po’ Boys are and always have been prepared with different kind of fillings. The following recipe will stick to the most common version, but feel free to adjust the sandwich to however it suits you best. Don’t be shy about switching to vegan substitutes ot using gluten-free bread. To get the true New Orleans vibe, simply put on Louis Amrmstrongs ‘Do You Know What It Means To Miss New Orleans’ and turn it real loud while filling your Po’ Boy!

For ingredients for 3 servings of Po’ Boy with fried shrimp we suggest:

For the remoulade sauce:

Begin with preparing the remoulade sauce. Put all the sauce ingredients in a large bowl and whisk very well. Then place it in the fridge and leave it to cool for at least one hour.

While you leave the sauce in the fridge, preheat the oven to 180 C and start preparing the fried shrimps.

For the frying add a large volume of the vegetable oil into a deep skillet and heat it to 175 C. In a large salal bowl mix the cornmeal, flour, fresh garlic and onion powders, Cayenne pepper, salt and pepper. Use another bowl to mix buttermilk and eggs. Dip the shrimps in the buttermilk and egg mixture, then lightly coat it in the flour and cornmeal mix. Continue by deepfrying in the hot oil until they look golden and crispy. After this remove them from the oil and leave them on a baking rack to keep crispy.

As last steps, prepare the bread by placing it in the preheated oven and toast it lightly. Meanwhile mix the garlic and butter and heat it in the pan for about 1 minute. Cut the toasted pieces of bread in two each and spread the garlic butter as well as the remoulade on both slices. Place as much tomato and cabbage as you like and add the shrimps.

After this we recommend to put on another track of Louis Armstrong and enjoy you Po’ Boys with one of New Orleans’ most sons singing for you!

This recipe was taken from 196 flavors.

If you are now hungry for other sandwich like dishes, check out this recipe of Torta al testo, the flatbread from Perugia!