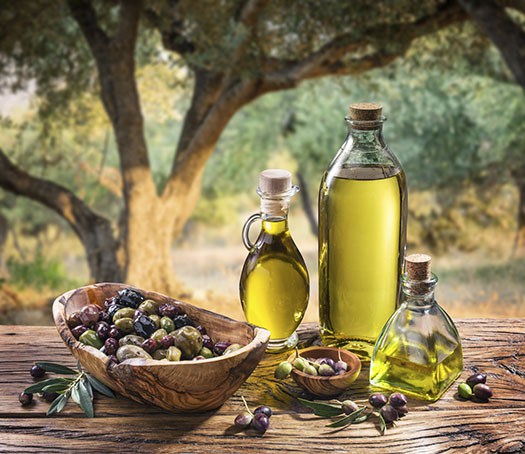 On the edge of a mountain, a man sang words that would reach the little child and the old man, and rhythms that are repeated in every space inhabited in the world. A man who could calm the tumultuous storm of fears that struck inside the heart of his little girl. This wise man knew the secret of life lies behind a substance that would save the lives of many, created the heritage of a whole region, and formed a culture and traditions that lasted for decades.

The story began at the door of the wise man whose daughter suddenly came running scared, shaking, calling for help at a late hour. She cried: “Please my dad Inouva open the door for me”, this image painted feelings of agony, sadness, and terror. The girl repeated the statement couple of times and preceded by saying: “There is a stranger here”, she uttered the words in a trembling voice waiting at the door for a response. After a while, she spoke again: “My dad Inouva, I am scared of the jungle’s monster”. He finally replied, “I am scared of him too, my darling.”. The song takes later on a different descriptive turn as it starts speaking about the people living in Tizi-Ouzou. He spoke of a man rolled in his burnous isolated trying to warm himself, whereas; his son is troubled by the daily life struggles and thinking about finding a way to survive, while his mind is surfing into a melancholic morning reminiscing about great old times. In another house, a wife is weaving non-stop while the kids are running around her in a circle learning about the memories of the past. On the static posture of the last woman, we travel back to the space of the girl again calling her father, urging him to help her. A rough evening concluded in the snow blocking the doors, so the people entered their houses all dreaming to see the next spring while gazing into the sky searching for the light of the moon and stars that had disappeared for a long time. Families are assembled at a particular space in their houses sitting on oak mats instead of the willow ones conversing and narrating the stories of old times and ages. The act denotes a want to go back to the traditions of the elderly and try to call back their true authentic self in order to preserve their identity. The song moves back to the scene of the little girl in need of a solution; against all the odds, the father spoke: “Little girl, move the pottery of olive oil, it will scare the monster”. The girl followed the order of her dear father and the monster ran away escaping from the house. Some people might consider this story to be created for the sake of children’s entertainment, but in reality, the meaning held by such a song surpasses the fictional side of a monster and the irrational fear of a girl. This story is an embodiment of the symbolic and everlasting strong meaningful presence of olive oil in the life of the people of Tizi-Ouzou. It is a metaphorical story that entails the oppression and the obstacles put in place for years against the Kabyle people and how their strength as a community and the pride and honor maintained by them on every occasion no matter the circumstance, helped them build this historical presence in the Algerian history and worldwide civilization. Idir, (Hamid Cheriet) as a songwriter, an artist, and a wise man who knew the value of olive oil and the unity of a community could not but lay in the ground a legendary song that spoke of what later become a folklore Kabyle tale.

What Are the Secrets of Olive Oil?

Olive oil, a secret ingredient, a peace symbol, and a component that enriched and spread the vibrations of a happy life between the Kabyle people. From traditional dishes like couscous, Aghroum Dhi Felfel to new modern dishes, the use of olive oil is a must and that goes back to several factors.

Starting with the gigantic benefits offered by such a substance as it hugely affects in a positive way our physical side and the way our organs function as it reduces inflammation between joint and arterial pain. It is also considered according to many studies to be the reason that would decrease the possibility of getting strokes and lower blood pressure. Besides, it is used by several people in homemade remedies to cure many issues and mild diseases, and some even go one step further to use it to cure complicated conditions. Secondly, the historical traces left by such a substance cannot be overlooked as it was always looked at as a sign of freedom, hard honest work, and noble reflection of humanistic traits. On another note, the component is considered as a source of great economic growth as the region use it as one of the primary sources of financial outcomes, as the green fertile lands of the region and the climate help the cultivations of such substance, which in return made it the number one Algerian source of olive oil.

The way the community comes together in unity, women wearing the traditional clothes sharing songs and chanting during sessions of collecting olives. The baskets are full and the sun is shining putting the future generation under the scope of raising the bar of a better future led by the preserving of traditions carried away by a touch of the delicious olive oil.