The Sicilian Cassata – All About its History and the Best Recipe 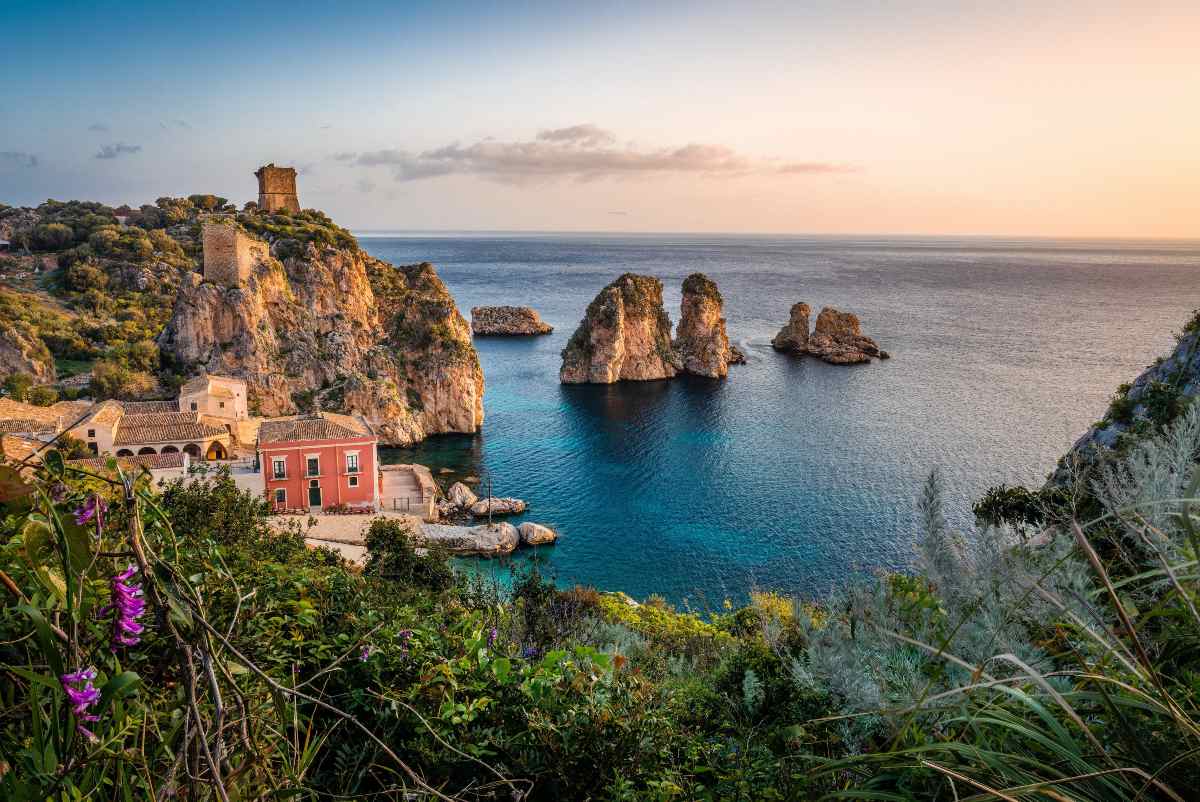 If you love juicy and sugary cakes with just a note of alcohol keep reading. The traditional Sicilian cake of cassata might be just what you are looking for! In this blogpost we share the history of the Sicilian cake, which goes way back into the 15th century of the Italian Island and an easy recipe of the most famous tarte of the southern Italian Island, cassata.

This delicious cake from sicily is best described as a tarte of layered and liqueur-soaked divided by rich creamy ricotta cheese. It is decorated with fruit preserves and jellies, marzipan or baroque garnishes. There are many different ways how to decorate a cassata and what to put on top, depending on the region, family or simply own preferences!

Be careful not to say cassata cake, especially when talkin to a person from Sicily. It simply is cassata.

Myths and Stories of the Origin of Sicilian Cassata

Of course also about the deriving of this traditional dish, there are differing opinions on its roots. Some people for example claim the word cassata comes from the latin word for cheese, ‘caseus’.

But another theory, that is considered more realistic, is that cassatas started popping up after the Arab invasion. Cassata is traditionally very sweet, you could even see it as an ode to sugar, rather than to cheesy. When the Arabs conquered Sicily they brought along sugar and the technique of making it to the Italian island. Before that, sugar was not even harvested in Sicily.

This might also explain the name of this sweet sicilian cake. The name cassata derives ost probably from the Arab word ‘qas’at’. ‘Qas’at’ describes the wide circular pans with sloping side which people normally use to make cassata.

But it is common fact that cassata has been part of sicilian cuisine for at least 500 years. Some of the earliest written evidence about the traditional Sicilian cake even goes back to the 15th centure. Of course ever since then cassata has not always been prepared in the exact same way and at some point probably did not even resemble the modern understanding of the sweet treat. But still and undoubtly, cassata, in whichever manner, has been and still is considered a typical Sicilian cake for more than 500 years.

Although there are differing stories and myths about who invented cassata or where its nmae comes from, mos people agree on Easter being cassata’s grand moment. In accorandce with early documents, the traditional cake was made by both nuns for Easter and Sicilian Jews for Purim. Appearantly the dish, even in 1574, was so delicious and seductive, that the diocese of Mazara del Vallo had to prohibit its making at the monastery during the holy week because the nuns would rather bake and eat cassara than pray. But the cake being part of two major monotheistic religions, Christianity and Judaism, and deriving from a third, Islam, shows how close and tolerant those great civilisations lived side by side.

Why the Excentric Decoration of Cassata?

As already mentioned, to decorate cassata people put lots o sweets like marzipan or candied fruit on top. Some say, using dried and candied fruits for decoration even shows the Arab influence in that region.

Another story about the traditional decoration of Cassata is that a pastry chef in Palermo in the 1870s accidentally made an excessive amount of fruit. To use it up, he decorated ricotta cake, a traditional evergreen from the Sicilian capital Palermo.

In the end we want to make clear, that there is a whole variety of different stories of the origin of cassata. None of them has and probably will ever be fully prooved. But it definetely has been part of Sicilies cooking traditions for a very long time and is still the probably most famous cake from that Island!

After all the historical gibberish, let’s get to the point: keep reading for an easy recipe of the traditional Sicilian cassata.

A Recipe for the Sweet Sicilian Sin Cassata

For cassata it is essential for the cake to cool down and soak up the liquids and ricotta. Therefore, for this delicious recipe of Sicilian cassata you should definetely think ahead and make it the day before you plan on eating it.

As ingredients you will need:

For the ricotta cream:

At first, preheat the oven to 140C. Brush a 25 cm springform cake tin with the melted butter and dust it with the flour.

To make the sponge, put the eggs with the sugar in a bowl and beat it very well using an electric mixer. Do this for about 8-10 minutes unti the mix is pale and airy and the texture is thick enough to leave a ribbon trail on the surface when you lift the whisks. Then gently fold in the flour and the lemon zest using the whishks or a spoon without deflating the beaten eggs and sugar.

Transfer the dough to the prepared cake tin and boake for about 30 minutes until firm to the touch. When the cake is ready, stand the tin on a wire rack and leave to cool, then remove the cake from the tin.

To make the ricotta cream, finely chop the crystallised fruits and frozen chocolate. Mix the ricotta with the sugar and gently whisk in the fruit and chocolate. Place the mixture in the fridge until you are ready to assemble the cake.

Make the icing just before assembling the cake. Start by mixing the icing sugar with the lemon juice and one tablespoon of milk. Next add a drop of the green food colouring to give the icing a subtle green tinge. Mix all of it very well. If you need to, add a bit of milk, but only enough to have a spreadable paste with a thick, non-liquid consistency.

Next and as a final step, assemble the cake. Melt the jam with one tablespoon of liqueur and one tablespoon of water. Slice the sponge in half horizontally. Place the less perfect half on a flat serving plate and spread with half the jam mixture. Spread all the ricotta mixture on top and the remaining jam mixture on the remaining sponge. Then turn the latter one round and place it on the ricotta cream, jam side facin the cream. Spread the icing evenly across the top. To smooth it evenly use a knife, then place in the fridge overnight.

A few hours before serving it decorate the top of the cake with cristallised fruits, peel, angelica or whatever you fell like putting on top!

Tada, that is it. This delicious recipe for the Sicilian specialty cassata is from from BBC good food. If you feel like preparing another delicious dish check out our blogpost about Portuguese pastel de nata.