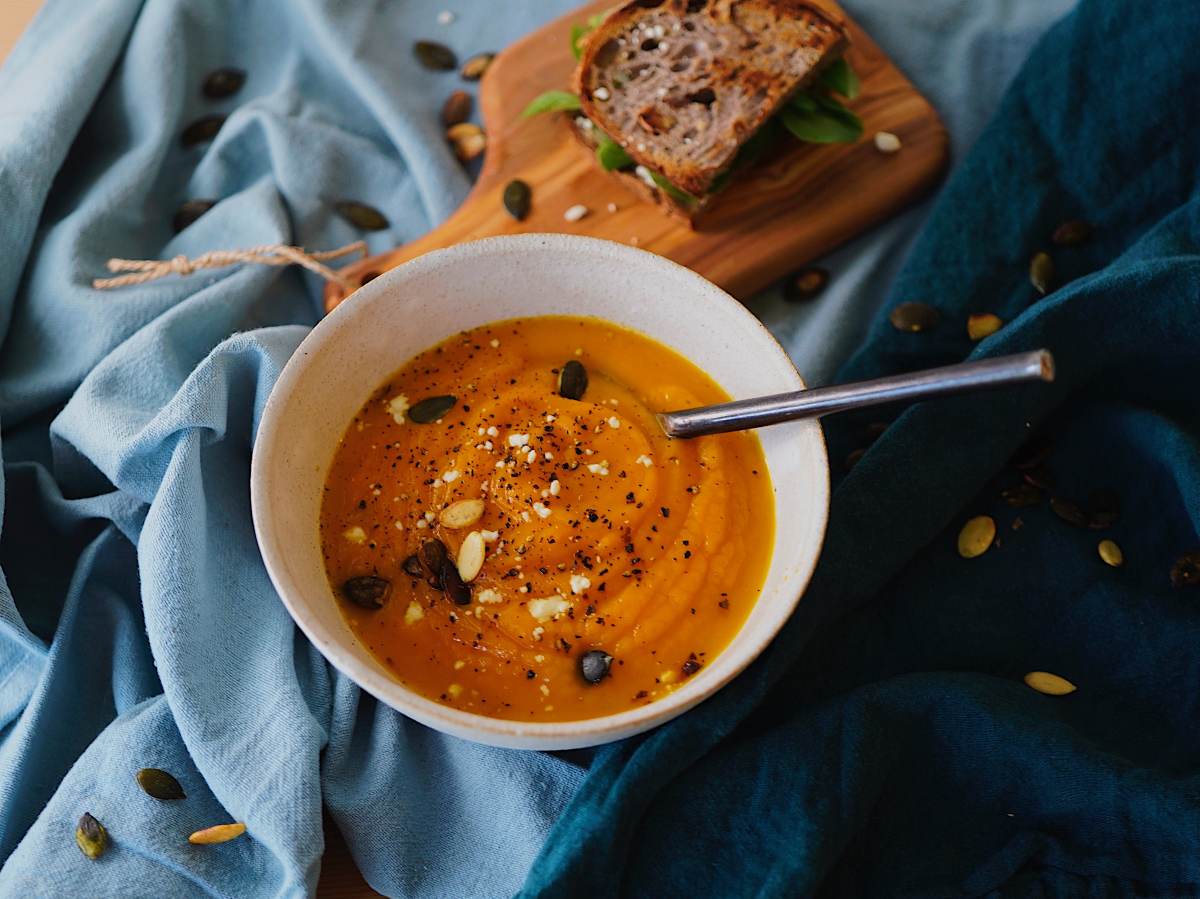 Thinking of cold soups for hot summer days, the first thing coming to your mind might probably be Gazpacho. But there is another Andalusian dish, at least as good and refreshing as gazpacho and native to the beautiful city of Córdoba: the salmorejo. In this blogpost we tell you about the story of the famous soup from Córdoba and how to prepare it yourself.

Córdoba – The Home Of Salmorejo

Before explaining more about the typical Andalusian dish of salmorejo let’s get some facts about its home: Córdoba.

Córdoba is a city in southern Spain, precisely in Andalusia. It can look back at a history of more than 2000 years, origining from an early Roman settlement in the year of 206 BC. Shortly after the Roman empire left modern Córdoba, the city was captured by the Muslims in the 8th century. This is why there are still lots of buildings inspired by the style of the Muslim conquerors. Such as the famous Mezquita-Cathedral, a church that used to be e mosque until 1236.

One interesting fact about Córdoba: It has the highest summer temperatures in Spain and all of Europe. The average temperatures in July and August lay at around 37 degrees. This might explain the invention and popularity of cold dishes to refresh during those melting hot summer days.

The Salmorejo – Cooling Down Córdobans Since 2000 Years

So how to explain salmorejo? Salmorejos is, just like it’s famous ‘brother’ gazpacho, a cold soup based on tomatoes. But the ingredients of salmorejo differ from the ones of gazpacho. The traditional, authentical salmorejo from Córdoba includes no more than five ingredients: Tomatoes, bread, oil, salt and garlic. If anything else is added, it must not be called a Córdoban salmorejo.

Salmorejo is definetely closely linked to the story of Córdoba and surely is its apple of the eye. There are even two streets named after the soup, one in the region of Córdoba and one in the city itself. Walking the ‘Calleja del Samorejo Cordobés’ you will even find a plaque with the traditional recipe written onto it.

The History of Salmorejo

The dish of Salmorejo apparently derives from a Roman plate, the mazamorra. Mazamorra’s base consists of oil, flour and salt and is still popular in parts of Spain and Latin America. The people in Córdoba adapted the idea of making a cold soup, but replaced the flour by grated almonds and added garlic. Clearly it is no exaggeration saying the idea of salmorejo is probably around 2000 years old.

The typical salmorejo in the way we know it now has popped up only in the 18th century. Before that, tomatoes, the main ingredient of salmorejo as we know it, were considered toxic. But after realising that the red fruit is actually edible and even more than that, delicious, its popularity among the Spanish inclined rapidly. Of course, it was also added to their until then tomato-free salmorejo. After this, the cold soup quickly became part of the daily diet of the Córdobans. It was especially popular among people from the countryside, as you could use the leftovers of the day before to prepare this perfectly delicious dish.

Up until now the people from Córdoba love, or rather adore their salmorejo. According to studies from 2020, more than a third of the city residents eat the cold soup at least once a week. The people from Córdoba even applied for their popular soup to become Intangible Heritage of Humanity. Also, there is an hymn of the famous soup.

Now that it’s clear, how much the residents of Córdoba love their salmorejo, are you curious yet how to make it yourself?

How To Make a Traditional Salmorejo From Córdoba

To make 8 servings of samorejo you will need the following ingredients:

Place the chopped tomatoes and the garlic into a mortar. Crush them with a pestle until you get a smooth paste. After this, add the bread, half the olive oil and salt. Mix it all very well together. While grinding the mix for at least 10 minutes very gradually add the rest of the olive oil. Once the paste is homogenous and smooth, pour the mixture into a serving bowl, cover it with cling film and let it chill for at least one hour in the fridge.

Before serving it, top with the above named toppings according to your very own gusto!

Looking for more traditional soup recipes? Click here for the story and a recipe of the traditional Japanese dish of miso soup!