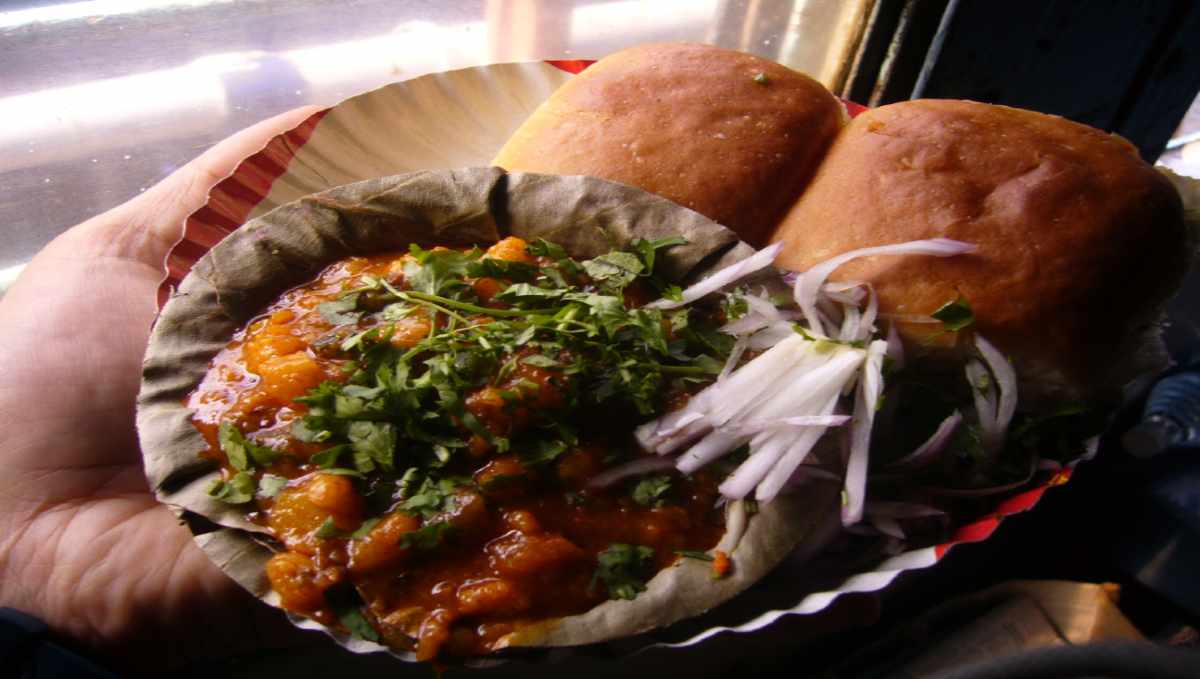 How many Indian Restaurants can you spot in a big city? Countless for sure! But guess what? The best Indian food is the one you can find in the streets, behind the corners you didn’t even see! Here you will discover something about Chaat, a composition of delicious traditional foods.

What is Chaat, the Indian street food?

Usually served as an appetizer, or as an  hors d’oeuvre, as the French people love to say, Chaat is a typical family mix of savory snack you can find in almost every Indian house. The name originates from the Hindi word cāṭ चाट, which literally means “tasting a delicacy”. It looks like a composition of different dishes, apparently with nothing in common. If we anted to compare it to something more “western”, we might say they are an “Indian version of Spanish tapas”. The Spanish small appetizers, in fact, are usually served in small portions and you can order many different types of food.

Chaat foods, though, do have something in common: they all share a combination of sweet, salty, crunchy, spicy and savory ingredients. You can find different variants of the Chaat, but they are all based on fried dough, with various other elements. Some of them, for example are:  dahi (yogurt); chopped onions and coriander; sev (thin dried yellow salty noodles); and chaat masala.

The original ad traditional Chaat, though, is a mixture of potatoes pieces, fried bread, chickpeas and tangy-salty spices. Some people love to add sour Indian chili, fresh green coriander leaves and yogurt too, but it really depend on personal tastes.

Lovers of Indian culture and cuisine will know that vegetables are a must: no surprise Chaat presents a lot of them, such as raw onions, tomatoes and boiled potatoes.

Toppings are important too, but the fundamental characteristic of these dishes is their “crunchiness”. The most popular ones are: fried potato bits, deep-fried noodles made from chickpea flour, or seasoned, fried chickpeas, masala chana.

But where does the Chaat come from? Which is the history behind these delicious dishes?

The history of Indian Chaat

When it comes to tracing back the origins of a traditional element, the discourse becomes way more complicated, because, sometimes, history and legend are not so different one from another.

Some scholars believe that some types of Chaat, such as Dahi Vada, date back to the ancient periods. A 12th-century Sanskrit encyclopedia compiled by Someshvara III, mentions a recipe for kshiravata (the old name for Dahi Vada).

The historian K.T. Achaya states that some description of this dish are also quoted in some literature from 500 B.C!

Another source, the culinary anthropologist Kurush Dalal, says that Chaat was first invented in Northern Indian regions, more or less at the end of the 17th century.

According to him, it was invented as a countermeasure to the alkaline water of Yamuna river: the royal doctors believed that spicy and fired snack would help the people of Delhi.

One last stream of thought believes that most Chaats were originated in the state of Uttar Pradesh, Northern India. Now, they have become a must all over India, even in its Southern parts: let’s consider that there are some variations in Mumbai as well! Because of the Portuguese contacts and cultural syncretism that followed, some Chaats are shaped as a bun.

Now, after all these historical premises, let’s find out the most typical Chaat dishes and their recipes!

Even if what gives street food its amazing taste is the fact that you are eating it in a rush, sitting on a dusty bench on the corner, you can find Chaat dishes also at ethnic restaurants.

Also, going to India just for tasting these amazing food, might be a little bit complicated, yet totally worth it. For beginners, approaching all these difficult names and various spices, could be a hard experience: for these reason, here you have 3 Chaat dishes you can easily order and enjoy!

Let’s start with Aloo Tikki! If you are looking for the Indian version of potato pancakes (or tortillas, somehow), this is the perfect Chaat food for you! Made of mashed boiled potatoes, peas, onions and spices, the mixture is first shaped into small patties and then fried. You can usually have it with dippings such as yogurts or an assortment of chutneys.

Clearly, you do not want to miss the incredible traditional Dahi Vada, the first Chaat food ever registered! These vadas are nothing else than fried dumplings, usually made of legumes. Mung beans, chickpeas or lentils are first soaked, mixed with spices and eventually fried, naturally! Yogurt and chaat masala are unmissable to garnish this dish.

Last but not Least, you must order Bhelpuri, a magical mixture of puffed rice, called bhel, and crunchy pieces of fried dough strips called puri. It originates from Mumbai and it is also called the “beach snack”, because it reminds of the beaches near the city. Bhelpuri has a balance of sweet, salty, tart and spicy flavors, with different textures too, crispy and crunchy at the very same time! What can I say, a delight for the palate!

Now, go find your favorite Indian restaurant and choose the Chaat dishes you like the most! Moreover, if you are interested into discovering something else about Indian cuisine, you want to read this article about Mysore Pak, the best street dessert ever!