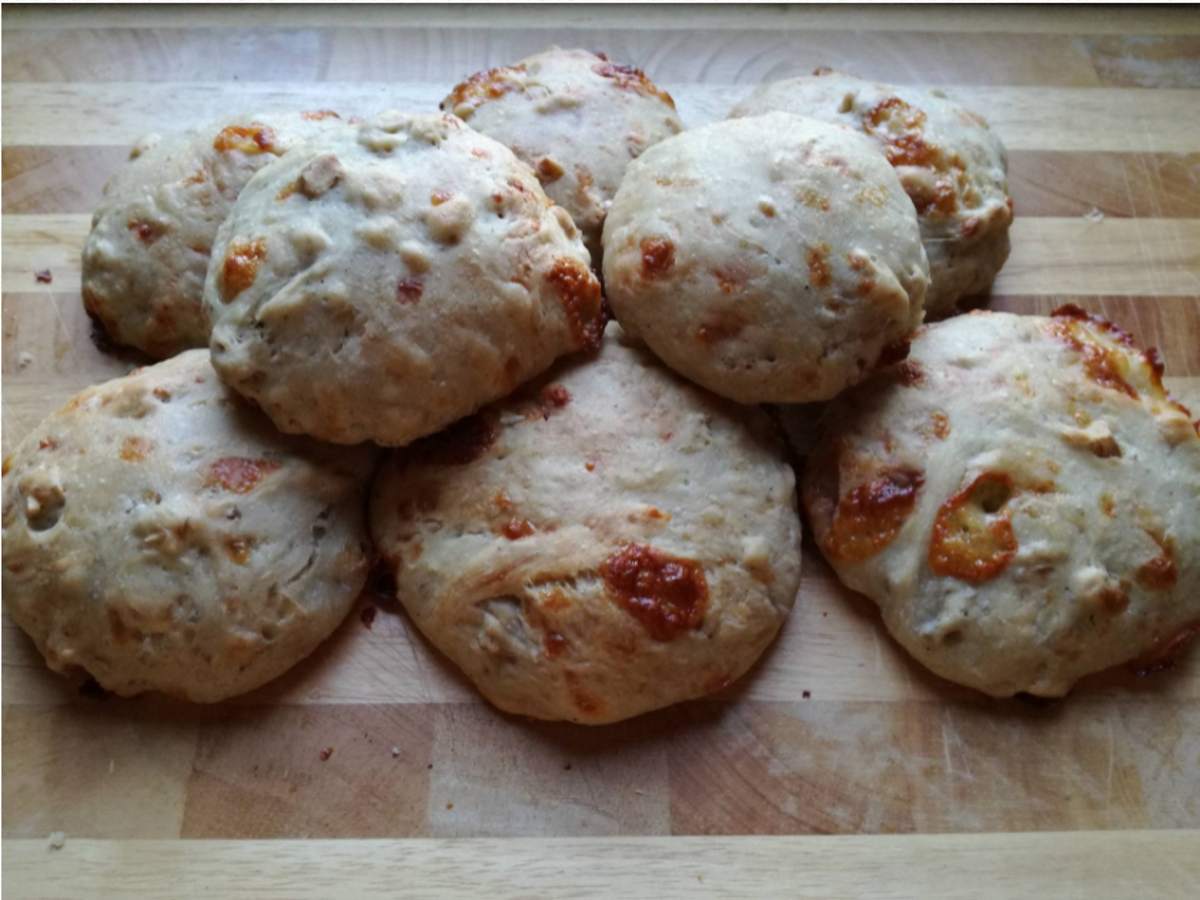 When we talk about Italian cuisine, there are countless recipes that come to mind, each one better than the last. From various types of pasta to pizza and southern desserts. And yet, there are so many treasures hidden in the traditions of small medieval villages, often forgotten and ignored by tourists during their visits. Here you have just one example: the Pancaciato di Assisi is one of the most distinctive and tasty ‘paninetti’ in central Italy. Let’s find out more about its traditions and the history of this small town in the heart of Umbria!

Assisi, the religious jewel in the green Umbria

Before delving into the true history of Pancaciato, let’s find out more about this little gem in the heart of Umbria: Assisi.

The small medieval village, which has no more than two thousand inhabitants in its historic centre, is a favourite stop for those who decide to embark on a journey of spirituality and the other.
Among its numerous churches, the one dedicated to St Francis certainly stands out, frescoed by the incredible hands of Giotto, one of the most talented and famous painters in the world.

According to sources, the oldest traces of the town date back to the Neolithic era.
According to some archaeological finds in the surrounding areas, the Umbrians had well-structured links with the neighbouring Etruscans.

Following the final conquest by the Romans of the central area of Italy, the history of Assisi conformed fairly closely to the trends that characterised the period of the Empire. The town began to gain importance during the communal period, i.e. around the year 1000. Thanks to the figures of St. Francis and St. Clare, Assisi became increasingly well known through its ties with the Vatican.

Its reputation as a spiritual and holy city will accompany it to this day. During the Nazi invasion of Italy, the city was spared from the bombings thanks to the intercession of one of Hitler’s generals, who had fallen in love with the city’s beauty.

The Pancaciato from Assisi: a small treasure

Pancaciato, also known as Pan Caciato or Pan Nociato, is a small sandwich that is generally prepared during the autumn season. It can be found in different sizes, but the dough does not change. What makes it so tasty is just the presence of touches of cheese, pepper and nuts!

Assisi, as you may know, is known everywhere for its religious history. St. Clare and St. Francis are practically world-famous for their work of evangelisation, upholding values such as modesty, poverty and a frugal diet.

It is not surprising, then, that many of the recipes and culinary traditions are linked to some religious festivity. In this specific case, reference is made to the day dedicated to Saint Martin, who came from Todi, a small town near Assisi.

The holiday is celebrated on 11 November and, on this occasion, Umbrian families gather around the table and enjoy roast chestnuts, accompanied by a good glass of red wine.

In Assisi, however, on St Martin’s morning, you can see many citizens going to one of the city’s most famous historic bars, Pasticceria Sensi, which bakes hundreds of Pancaciati for the occasion.
According to tradition, the pancaciato has very ancient origins, rooted in the rural history of Umbria and Assisi. Born of the creativity of housewives, it is linked to a basic product that could never be lacking in the home, bread.

Starting with simple bread, therefore, they created something new, enriching it with the few things they had at home at the time. This meant walnuts, which were harvested between September and November, and a little cacio cheese, which made up for the lack of salt, typical of Umbrian bread.

The traditional recipe for the Pancaciato

Now, after this excursus on the history of Assisi and the tradition behind the typical Pancaciato, let’s see together the recipe to prepare it and amaze your guests!

First, take a fairly large bowl, pour in the lukewarm water and add the brewer’s yeast. Wait for the yeast to rise completely (to speed up the process, you can add half a teaspoon of sugar). Soften the mixture by slowly adding the oil. Then add the sifted flour, salt and black pepper and start kneading until the dough is soft and uniform.

Leave the dough to rest in the bowl for 30 minutes. Meanwhile, take the remaining ingredients. Coarsely chop the walnut kernels and grate half the pecorino cheese. The rest of the cheese should be cut into small pieces.

After three hours, grease your hands with a little olive oil and form small loaves from the main dough. Place them on a baking tray with baking paper and wait another 15 minutes. It doesn’t matter if they are perfect: the coarser they are, the more traditional they will look!
Finally, bake at 220 degrees for about 15-20 minutes.
Take the tray out and leave to cool. Your Pancaciati are finally ready! Invite your family and enjoy them with a glass of wine!