Melarance cake: from Basile’s fairy tale to the table 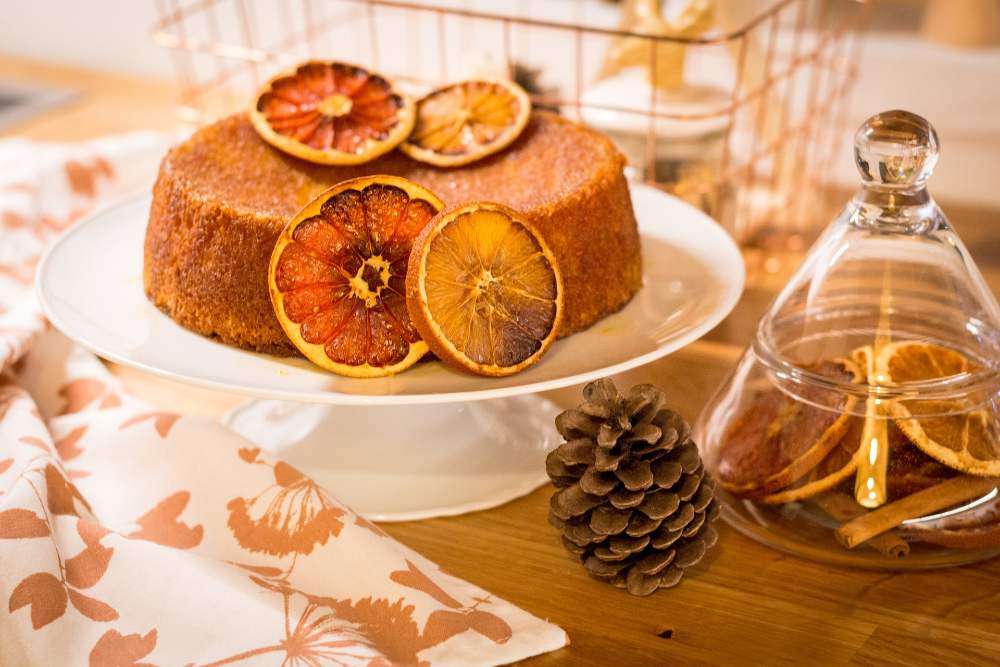 The ‘L’amore delle tre melarance’ is a wonderful Italian fairy tale, written by Giambattista Basile, which unfortunately few people know. This ‘mysterious’ fruit is actually the sweet version of the classic orange that you can find at your local greengrocer’s, used in many super tasty dishes.
Below, you will find a recipe for a simple and tasty cake made with oranges, but first, let’s discover together the plot of Basile’s tale and some curiosities about this fruit tree!

The Melarance tree: a story from far away

According to the definition given by Treccani, the most accredited Italian encyclopaedia, under the heading ‘orange’, we see two distinctions, namely that between the sweet and the bitter variety.

We are interested in the first part, i.e. the one referring to sweet oranges. The definition says: “There are two varieties, sweet and bitter: the first, also called simply orange, or melarancio, or portugal, has a fruit with a sweet and sour pulp, eaten almost exclusively as fresh fruit, from whose peel is extracted the essential oil of sweet orange (or essence of orange or portugal), used in perfumery and in the preparation of liqueurs”.

The orange tree (Citrus sinensis) is a fruit tree belonging to the Rutaceae, an ancient hybrid, the result of a cross between the pomelo and the mandarin tree over 4000 years ago.

According to historical reconstructions, this fruit tree, typical of the winter season, originated in China. There is no record of its presence in Europe until the 15th century, the period of the great explorations. It is thought to have been introduced into the ecosystems of our continent by Portuguese sailors.

According to other sources, i.e. texts from Roman times, the tree was already present in Sicily in the first century and it was actually called melarancio on the island.

There are those who, for the sake of harmony, have tried to combine the two hypotheses. There is a good chance that the plant was brought to Sicily along the silk route but, given the few contacts with the island, it would not have reached the continent until the 15th century.

This is supported by the dialect of some regions in southern Italy: in Naples, the fruit is called portogallo, while in the Abruzzi dialect it is called purtuall.

First of all, let’s find out more about the author. Giambattista Basile (February 1566 – February 1632), was a well-known Italian poet, courtier and ‘collector’ of stories. In his collections, we find some of the most macabre and obscure fairy tales from all over Europe.

Born in Naples, he toured the courts of many princes and powerful families: he also served at the court of the Doge of Venice. We are not surprised, therefore, that he came to know this story, partly because of the location of his hometown, partly because Venice has always been a place of exchange for people, goods and stories. But know, let’s discover the plot of the fairy tale!

Like any self-respecting king, the one in our story is anxiously waiting for his son to finally find a wife so that he can pass on the crown to his new descendants. One day, during a meal, the prince, while cutting a slice of cheese, cut himself with the knife and a drop of blood fell on the food. He declared that he would only get married when he found a woman with milk-white beauty and blood-red hair. For this reason, he decided to leave his kingdom and search for his future wife.

The prince continued wandering until he reached the Ogresse lands. There, two old women gave him three melarance, saying: “When you cut the fruit, three fairies will come out, with white skin and red hair. But you must be near a spring of water to quench their thirst at once”. But the prince, too excited, cut the first fruit too far from a fountain and two fairies died.

For the third one, however, it was quite fast, the girl was really beautiful. Before taking her to the palace, however, he had her hidden in a tree, waiting for clean clothes.
An old, ugly, dark-skinned servant girl was passing by and, drying herself in the water of the fountain, saw the reflection of the girl. Believing it to be her own reflection, she began to praise herself. The girl, due to the comedy of the scene, began to laugh at the silly servant girl.

The offended woman, in revenge, offered to comb the girl’s hair. While the fairy was distracted, she stuck a pin in her head. The girl, in order to survive, turned into a bird. When the prince returned, he tried to explain what had happened, but could not. She flew to the kitchen, where she was cooked by the cook.

The cook threw the cooking water into the garden and another orange tree sprang up. The prince understood what was happening and repeated the process from the beginning. The fairy became human again and the two married, but the girl wanted her revenge: the servant girl was sentenced to death.

Now, let’s talk about something even sweeter than a love story: the receipt for the melarance cake!

The melarance cake: a bittersweet taste

Here you have the secrets for the best melarance cake: who knows, maybe you will find your prince/princess too!

To prepare the orange cake, start by grating the rind of oranges, then divide them in half and squeeze the juice, taking care to filter it through a sieve to retain any stringy residue; you will need 180 g of juice for the preparation.

Now take care of the dough: sift the 00 flour and the baking powder into a bowl. Now pour the sugar into the bowl of a planetary mixer, add the room temperature butter cut into cubes and run the machine with the whisk until the mixture is thick and creamy. While the mixer is running, add the eggs (at room temperature) one at a time, the grated orange zest 9 and add the sifted powders, one spoonful at a time. Once the mixture has absorbed all the flour, pour in the orange juice without turning off the machine. When the mixture is homogeneous, turn off the mixer and pour the mixture into a cake tin with a diameter of 24 cm previously buttered and lined with baking paper.

At this point, bake the orange cake in a static oven preheated to 170° for 35 minutes. When cooked, take the cake out of the oven, leave it to cool and then turn it out onto a serving plate and dust the surface with icing sugar to taste.

Your cake is finally ready: be sure you enjoy it with your closest friends! Maybe, you want to discover another sweet recipe: here you have all you have to know about the best apple-pie ever!