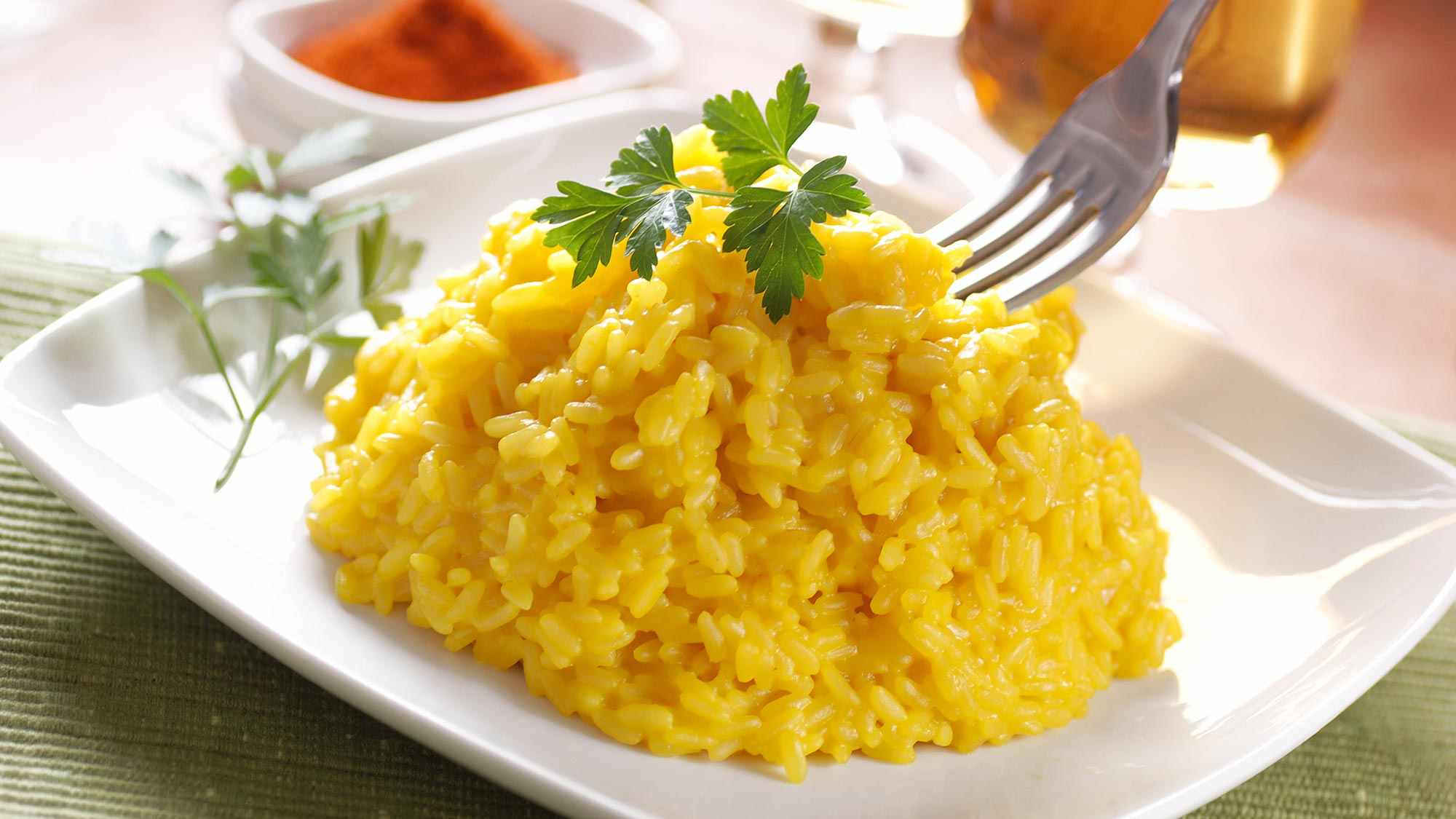 What better way to cultivate a friendship than by sharing a warm meal around the dinner table? Giovanni Pascoli, the famous Italian poet who lived between 1855 and 1912, knew this well. In a long correspondence with his dear friend Augusto Guido Bianchi, Pascoli indulges in a veritable culinary challenge in verse. With irony, after criticizing his colleague’s recipe for saffron risotto, he retorts by giving him the instructions for the real risotto alla “Romagnolesca”, revealing all the secrets of its preparation. Let’s discover together the original recipe for saffron risotto as prepared by Maria, Giovanni Pascoli’s sister!

Giovanni Pascoli: the tormented poet of “the family”

Before moving on to the actual recipe for saffron risotto in the ‘Romagnolesca’ version, let’s find out a little more about one of the best-known and best-loved poets of the late 19th century: Giovanni Pascoli.

Born in San Mauro di Romagna, a small village renamed San Mauro Pascoli in his honor, he immediately showed great sensitivity, which led him to become a great and successful poet. The distinguishing feature of all his poetry collections is the incredible love he felt for his family, destroyed by the murder of his father Ruggero.

As recounted in the moving and touching poem ‘X Agosto’, the man was on his way home from the market in Cesena. The buggy was pulled by a black and white mare. Pascoli’s father, however, will never return to ‘la casa romita’, where his relatives ‘ lo attendono, attendono invano’.

The poet was devastated by the loss of his father and never recovered from this terrible loss. The family is all the consolation left to the young Pascoli, the only refuge from the wickedness of the world. Many have even defined his relationship with his relatives as ‘morbid’, especially with his sister Maria, known as Mariù.

When she marries, in fact, and leaves the warm ‘family nest’, the poet feels betrayed and abandoned: another pillar of his life leaves to start a new chapter, while he is left alone in the dust of old memories. Despite all the melancholic nostalgia that always accompanied the poet, his friends were a true light in the dark night for Pascoli, just like Guido Bianchi. Let’s find out more about their relationship and the correspondence in which appears the poem with our recipe today!

From his property in Castelvecchio, Giovanni Pascoli began his correspondence with his friend Augusto Guido Bianchi, then a journalist at ‘Il corriera della seria’, a well-known Italian newspaper.

In 1905, Bianchi recounts the long correspondence that went on for years, talking about a particular episode during which Pascoli teased him about a version of saffron risotto that was not traditional enough, according to the poet.

Guido Bianchi says: ‘One evening, in Pisa, I spoke to him, during an impromptu lunch in his house, about risotto alla milanese, with its saffron yellow color, an alchemist’s preparation. I promised to send him the recipe for it. And I kept my promise. God forgive me, as Giovanni forgave me, trying to ennoble the recipe written by my wife, rewriting it in verse’.

Pascoli’s response was not long in coming, in the form of a poetic ‘tussle’ over ingredients and pots. The fundamental ingredient, saffron, is not missing, its version is enriched with fragrances and flavors reminiscent of the cozy, traditional home environment. The recipe, of course, is written in verse. Here it is!

Man, I read your risotto in …ai!
It’s very good, just a little future,
with your “you’ll do, you’ll want to, you’ll know”!

This one, from my country, is safer
because it’s present. She has chopped some
of spring onions in a pure pan.

She has put in it butter of the colour of crocus
And saffron (she is of Milan!): for a long time
Then she left her food on the fire.

What a good smell came from the fireplace!
I was already feeling a little refreshment,
after my Greek, after my Latin!

Then he squeezed some tomatoes into it;
He left it to hatch, little and little
In the end it took a clear golden colour.

Only then has she cooked in it
The uncooked rice, as you say.
Already noon is ringing…here is the risotto
that Mariù makes for me.

After all this ‘literature binge’, let’s move on to something tastier and discover together how to prepare this incredible and tasty saffron risotto, according to the Romagnolesca tradition!

First prepare the vegetable stock, which you will need to cook the rice. The scent of the vegetables will give the risotto a tasty and rich flavour.

Put 1 litre of water, an onion, a carrot, a handful of parsley and celery in a pot.
a handful of parsley and celery, cover until it boils and then uncover and leave for about an hour.
Chop one onion, and while the broth is going on, chop the chicken livers and dice the mushrooms.
Melt some butter in a frying pan and add the chopped onion. Once browned, add the chicken livers and mushrooms and finally a little saffron, to give everything an inviting colour and a smooth flavour.
Leave to gain flavour for a few minutes. Now add some tomato puree and a pinch of salt. Cook over a low heat so that the ingredients are mixed.

At this point, pour the rice directly into the pan, toast it over a high heat to make sure it stays al dente: when it starts to stick, it is time to add a ladleful of boiling stock and cook it, adding more stock as it dries out.

Mix it well with the sauce, and bring it to the boil, adding a few ladles of hot vegetable stock every time the stock dries out.
When the rice is ready, stir in a knob of butter and grated Parmesan cheese, then add salt to taste. Your Risotto is finally ready! Invite your dearest friends and relatives and enjoy this tasty and traditionally poetic dish!