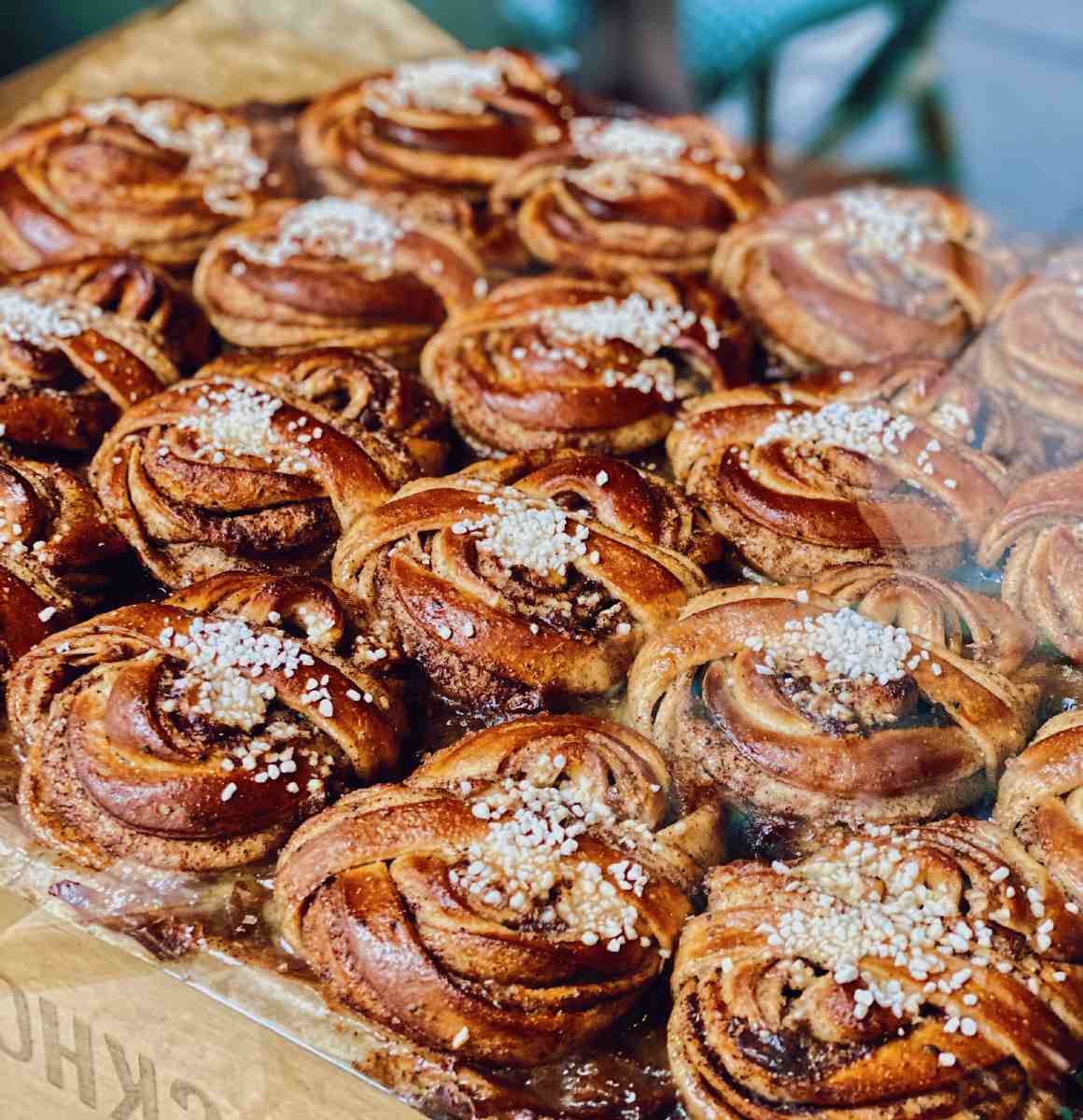 What’s the spice that makes you think of winter the most? For most people, including myself, it definitely is cinnamon. Nothing alerts my Christmas sensor like the sweet and spicy smell of the brown powder. Although cinnamon in many countries is deeply linked to the cold and cozy time of the year, in Sweden it is consumed all year round in the beloved kanelbullar, the Swedish cinnamon buns. On average, the Swedish enjoy one of their famous pastries almost every day, at least according to statistics. And the hype of the Swedish cinnamon buns has already infected many other countries. So let’s have a look at the history of those delicious buns. At the end of this blog post, we will also hand out an easy recipe for you to make yourself a batch of delicious kanelbullar!

The Success Story Of Swedish Kanelbullar

Making kanelbullar-like pastries popped up all around Europe in the mid-1700’s. Bakers from different countries adopted different approaches on how to fill the sweet yeast dough. There is one theory saying that in Sweden, bakers are said to have added exotic spices like cinnamon and cardamom. These spices had most probably been brought by the travelling Vikings from far away destinations like nowadays Turkey.

But actually, most theories rather assume that before the First World War, the famous cinnamon buns had not been part of the Swedish cuisine.

Although Sweden did not actively participate in WW I, the Swedish population still had to face severe restrictions of the import of several products. For this, the supply of baking goods like sugar, eggs and butter grew short. Once the war had ended, these products finally returned to the shelves. The spicy ingredients, which give the typical flavor to the kanelbullar, cinnamon and cardamom, were still expensive and unaffordable for a big part of the population. Only in the mid-20th century, when Sweden’s economy was booming like never before, the average households found themselves able to afford the expensive spices.

The Swedish cinnamon buns popularity increased sharply in the fifties of the last century. Stereotypical gender roles were still alive and lived and women were, or had to be, crazy about baking.

Ever since then, the popularity of kanelbullar grew more and more. Even to the point that there is a national holiday to celebrate the Swedishs’ favorite pastry. Since 1999, in Sweden, the 4th of October is dedicated to their beloved kanelbullar.

Having Cinnamon Buns The Swedish Way

According to the official Swedish tourism site, sweden.se, on average each Swedish citizen eats 316 cinnamon buns per year. Meaning, almost every day, the average Swedish person eats one kanelbullar. It is quite obvious that this typical Swedish pastry is deeply linked to the eating habits of those northern people. The Swedish tradition of fika explains the high amount of consumed cinnamon buns:

Fika describes the practice of taking a break to have a conversation whilst enjoying a cup of coffee along with something sweet. You can say, it is almost mandatory to have a fika at least once a day. No judging, if it happens even twice. The fika represents the Swedish belief in a balanced life and takes place at home, at school, at work or wherever the Swedish spend their days. And this tradition mostly comes along with having a kanelbullar. Meaning, having a fika indicates having a kanelbullar, and the other way round.

This for sure is one tradition to take along, right? To have a real fika the Swedish way, of course kanelbullar must not lack. Read on to find out how to make some traditional and delicious Swedish cinnamon buns at home.

How To Make Kanelbullar –The Swedish Cinnamon Buns

To make around 15 kanelbullars you will need the following ingredients:

Start with preparing the dough. To do so, gently heat the butter, milk and honey in a small saucepan until melted. Leave to cool slightly, then beat in the egg. Mix the flour, cardamom, salt and yeast together. Next combine with the fluid mixture of butter, milk, honey and egg. Add the dried yeast and knead thoroughly for at least 10 minutes until soft and elastic. Put the dough in a large, greased bowl and leave it to rise until it doubled in size. This might take one to 1.5 hours.

Once the dough has risen, roll it into a large rectangle of about 25x35cm. Mix the ingredients of the filling together. Tf they do not come together very well, put the mixture into the microwave for some seconds to soften the butter. After this, spread the filling evenly over the dough. Make sure it reaches right into the edges.

Now you can roll it together and cut them into little buns or shape them into the traditional twisted bun. To find out more about this method, check out this video:

Once you have formed your buns, put them on a greased tray and cover them with a damped tea towel. Once again, leave to rise until they have doubled their size. This should take about 45 minutes to 1 hour.

Preheat the oven to 180 degrees. Brush the risen buns with beaten egg before baking for 20-30minutes. They are done once their color is brownish-golden.

After this, nothing more to be done than enjoying your very own, homemade and super delicious kanelbullars!

If you are looking for a coffee-alternative to have along with the cinnamon buns, check out our blog post about chai tea.

The recipe of this blogpost comes from BBCgoodfood.