The Story Of Hummus And The Best Recipe 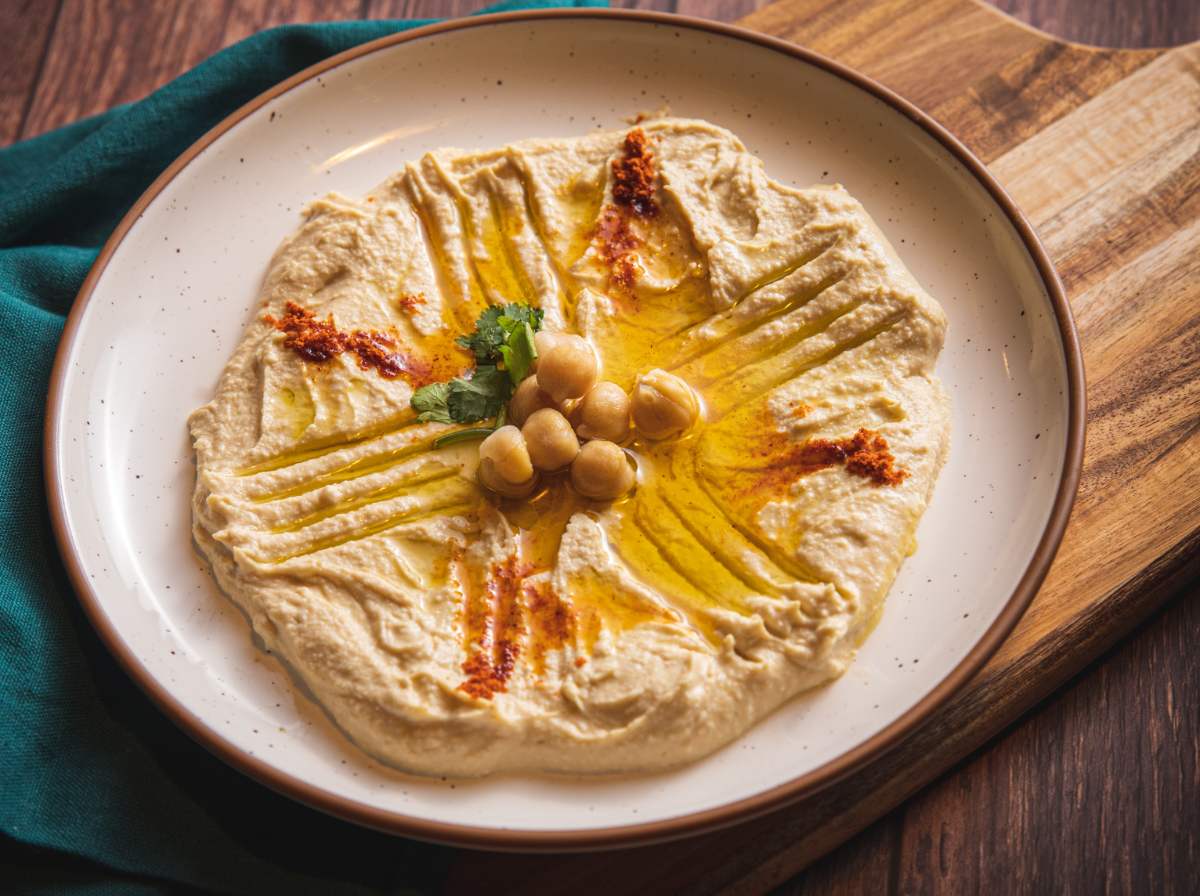 Hummus definitely made it to the Hall Of Fame of foods. People all around the globe love this creamy dip and you can easily find it in the fridges of most supermarkets all around the globe. It is popular among fitness freaks, vegans and whoever simply loves to dip stuff into something creamy. But where does hummus actually come from? On why is there a war named after this dip? Read on to find out all you need to know about the story of hummus and to get a foolproof recipe to make yourself a heavenly creamy bowl of hummus.

For the people, who somehow managed to avoid trying hummus ever in their life, thus must be living behind the moon, a quick definition:

Hummus can be described as a thick, delicious, creamy dip. A ‘classic’ hummus normally consists of no more than five ingredients: Chickpeas, tahini (sesame paste), lemon juice, garlic and olive oil. Of course, there are different kinds of hummus variations, depending on personal preferences of the chef. You can always add some more spices like turmeric, cumin, chili, or veggies like beetroots. There are even sweet dessert versions of hummus, of course made without garlic. But normally, the above named five ingredients star in hummus and make it actually become hummus.

On The Naming Of Hummus

There are different opinions on how to spell and even pronounce hummus. There are four main variations: hummus, hommus, hoummus and hommos. Many Arabs say and write hommus as this resembles the way they pronounce it most. Houmous seems to be a popular spelling in Great Britain. But the first spelling, hummus, definitely is the most popular one. Throughout this article, we will also stick to this spelling, of course, without claiming the interpretation of whether it is right or wrong.

However, the Arabic word for hummus actually means no more than chickpea. The real and correct term would actually be hummus b’tahini (‘chickpea with tahini’). But, as already said, we will keep calling this creamy deliciousness simply hummus.

The Origins Of Hummus

The ‘true’ origin of hummus actually is very hard to name. Many nations such as Israel, Lebanon, Syria and Turkey have claimed it as their own. But as most of the ingredients have been around for centuries, or even thousands of years, it is impossible to filter out, who actually had the flash of inspiration of mixing them together for the first time and creating the first ever hummus recipe. The uncertainty of its origin has even led to some serious tensions between two nations in particular and to the so-called Hummus Wars.

The conflicts, nowadays know as the Hummus Wars, came into being in the year of 2008. Israel went strong on promoting ‘their’ national food, hummus. Lebanon, on the other hand, felt like somehow, once again, Israel was cashing in on something that did not belong to them.

To settle the matter once and for all, in 2009 the ruling Lebanese minister of tourism decided to settle the matter for good. He planned the preparation of a huuuge plate of hummus. It should be that big to actually make it to the Guinness Book of World Records. And it worked, at least for some time: The Lebanese hummus plate of 2,000 kg made it to the famous book. But quickly was dethroned by the Israeli response of an enormous plate of 4,000 kg of hummus. Of course, the Lebanese were not going to let this happen. Their counter-attack consisted of 10,452 kg of the famous dip, which complies the number of square kilometers of Lebanon. And for now, this is how the war ended. Lebanon has held the record since 2010.

The Basic and Best Hummus Recipe

Now that we have talked so much about hummus, let’s get to it and find out about the best and easiest hummus recipe.

For one big bowl of hummus (serves about 6-8 as a started) you will need the following ingredients:

First, rinse the chickpeas in cold water and tip into the food processor or a big bowl if you are using a hand blender. Add the tahini, crushed garlic, salt, lemon juice and some ice-cold water. Start blending and slowly pour in the oil whilst doing so. When all ingredients have fully combined, and you are satisfied with the creaminess of the hummus, tip it into a serving bowl. Drizzle with some more of the olive oil and decorate with the remaining whole chickpeas. If you want, sprinkle with paprika and the finely chopped herbs. Now, all that is left to do is eating up this delicious batch of humus!

If you are not sure yet, what do dip into this perfect creaminess, check out our blog post about ‘the unsalted bread’.

The displayed hummus recipe was taken from Jamie Oliver.