A Recipe for Glögg – How to Booze Up your Holidays 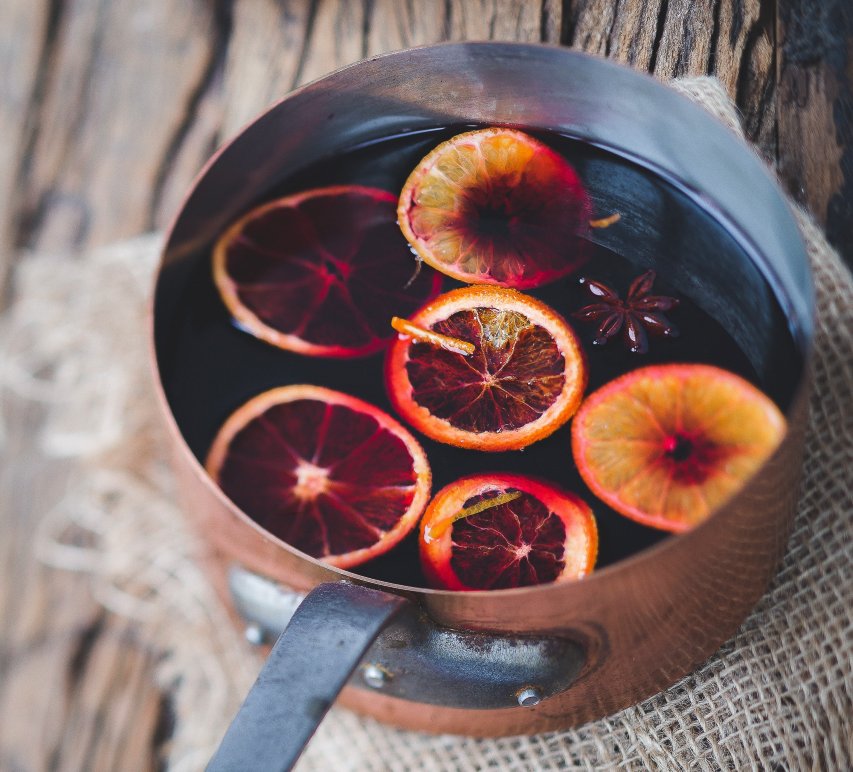 Christmas is coming closer and closer. Besides the idealistic version of Christmas the media delivers of families happily gathering around the Christmas tree, the reality of many actually hits quite different. Christmas can be stressful. It can be full of awkward questions by relatives you see exactly once a year. And full of explanations about your job, that in the end probably no one listens to anyway. To get you through those days without turning insane, we will share our secret with you: Prepare your family and yourself some glögg! It is a delicious mullet wine from the Northern countries. It might make you laugh at the worst jokes your dad tells and give you all the courage to stand up against your mean cousin who has been bullying you for years. Glögg has the potential to make your Christmas holidays bearable or even fun! Read on to find out more about the history of this delicious mullet wine and to get an easy yet delicious glögg recipe!

To Get us Started: What is Glögg?

This especially yummy alcoholic beverage can be described as a hot and spiced wine. There are many ways to prepare glögg meaning there is not THE one recipe. But normally it is made with red wine, additionally you can add spirits like brandy or cognac. And, of course, spices. The most common spices in glögg that most recipes recommend are cloves, cinnamon, cardamom and ginger.

Glögg is a traditional drink from Northern countries like Denmark, Sweden, Norway and Finland. Its spelling differs from country to country, the Danish, for example, call it gløgg, whereas the Finish spell it glögi. However, we will stick to glögg, which is also the Swedish way of spelling it. The official “glögg season” starts with the first sunday in Advent and ends on the 13th of January, which, at least in these countries, marks the end of the Christmas season.

The tradition of consuming glögg during the colder months of the years goes back way in time, some even say thousands of year. Which is why we will put some effort into finding out some more about the history of this mullet wine.

A Short Summary of the History of Glögg

Even if glögg nowadays is especially popular in the Northern countries, we have to be honest and name the true inventor of glögg: The Romans. At least according to some theories. They had a drink called conditum paradoxum, which you can translate as “surprising spices”. In the Roman cookbook De re coquinaria, “On the Art of Cooking” from the 300s, the first ever glögg-like recipe was published.

Then, some hundreds years ago, hypocras popped up, a kind of ‘health’ drink. It consisted of wine and healing spices and herbs. Its name links to the Father of Medicine, Hippocrates. Merchants started selling hypocras in the 16th century. At that time, also another glögg like drink became popular in Germany, Glühwein. Legend has it, the Swedish king Gustav I renamed it by translating the German term to Swedish, glodgad vin which means “glowing vine”. In the 19th century, it converted into glogg, or glögg.

King Gustav Vasa, the one already mentioned, probably was the one who infected the Swedish with the love of glögg. His very own version of it was claret, which consisted of Rhen wine, sugar, honey, cinnamon, ginger, cardamom and nutmeg.

King Gustav is said to have been quite a wine connoisseur. To have his favorite, Rhen wine, he had to import huge amounts of it from the more southern parts of Europe. Going all the way up to the north, some barrels of wine might get ruined by air entering them. Of course, after bringing the barrels all the way up to Sweden and paying a small fortune for them, King Gustav thought of ways to make the spoiled wine drinkable. The solution came quickly to his mind: He ordered his servants to heat it up and add spices. And surprisingly, it was really delicious. Glögg was born, or let’s say, reinvented.

He even passed on his love for glögg to his son, King Eric XIV, who himself created another personal recipe. He called it lutendrank and was a mixture of wine, spices, honey and milk.

Nowadays, people from Northern countries still love their glögg. Only the Swedish consume about 5 million liters of glögg every year. Let’s see if you will share the passion if the Swedish after you have tried out this easy glögg recipe:

How to Make the Northern Version of Mullet Wine, Glögg

To make about 5 servings of glögg you will need the following ingredients:

Combine the wine, the spirit, sugar, orange zest, raisins, cardamom, ginger, cinnamon and cloves into a big pot. Heat but do not cook and let simmer for 2 minutes. Make sure it will not boil to avoid reducing the alcohol. Next, remove the pot from the heat and let it stand to steep for about 1 hour. Strain to remove the fruit and spices, then gently reheat the punch. Add a few almonds and raisins to each serving glass and garnish with a slice of orange. After this, only two things left to do: Serve and Enjoy! And of course, take good care of yourself during the holidays!

This recipe was taken from The Spruce Eats.