The Croissant – All About Its History And Origin 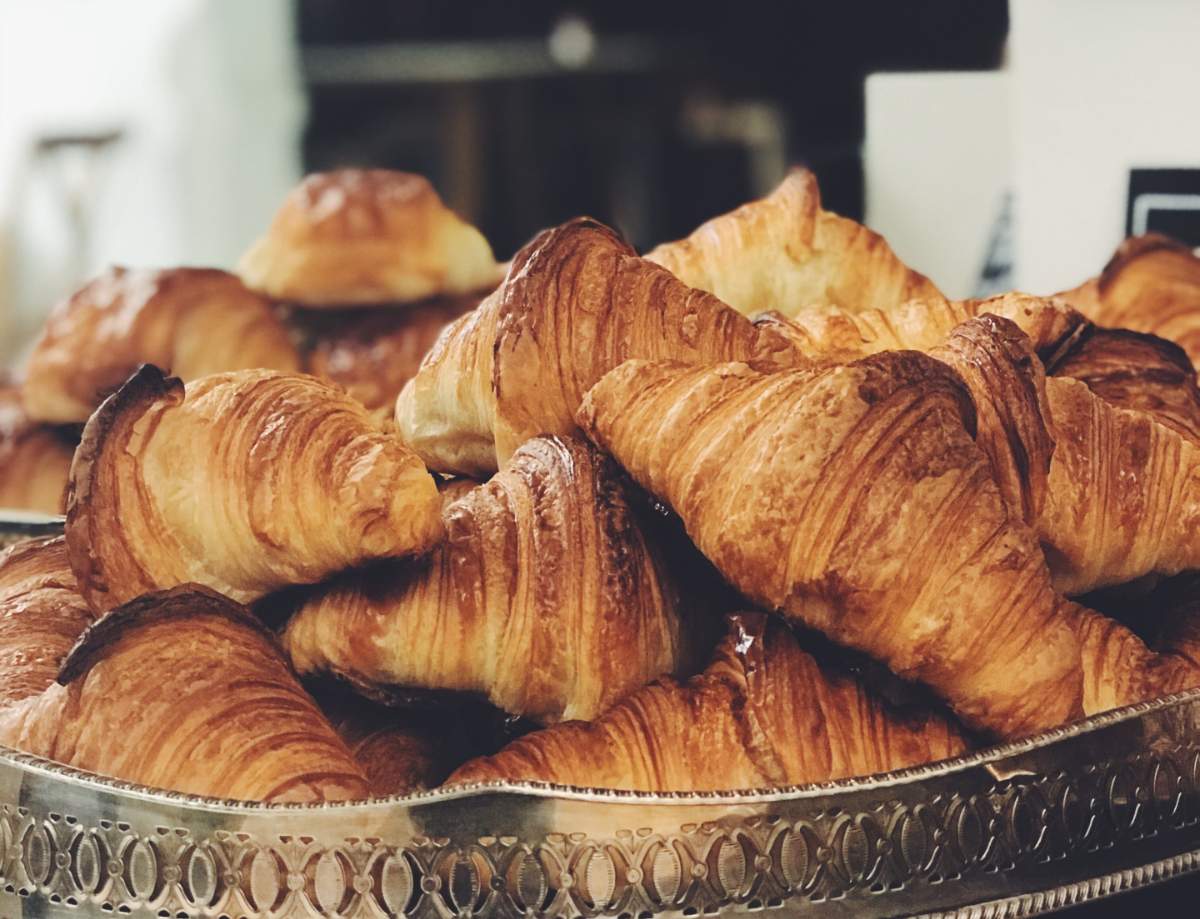 The croissant, among baguette, cigarettes, red wine and the Eiffel Tower, probably is one of the most stereotype things people linked to France. People around the globe love the fluffy breakfast pastry, and it has become a staple in most international bakeries. But where does it originate from, and how did it become so popular? Read on to find out more about the history of the croissant!

The Croissant – Yeasty and Fluffy Goodness at its Best

How to describe the perfect croissant? An ideal croissant should be buttery and tender, but at the same time fluffy and never overly moist. Although being flaky, it should not crumble too much and fall apart when biting into it. You see, the expectations towards a perfect croissant are high. Accordingly, making a perfect croissant can definitely be considered an art.

To get the desired texture and taste, croissants are made from a cold-stirred yeast dough. It traditionally contains of flour, salt, sugar, water, utter and yeast. Resembling the preparation of puff pastry, the croissant dough is folded repeatedly so that layers of dough and butter form and rise during the baking. Like this, the innumerable pockets of air are formed during the baking process, that led the way to our hearts. Making the ideal croissant thus needs patience, experience in making it also helps a lot. Nowadays, there are lots of different ways to eat a croissant. You can have it plain or with some kind of filling, which can be either sweet or salty. Also, many countries like Italy, Portugal, Poland or Argentina adapted the French evergreen and made their own versions.

But where does this fluffy pastry originally come from?

The Origin of the Croissant – Austria??

Yes, you read right. The origins, or let’s say the original example of the croissant, go back to Austria instead of France. The Austrian “Kipferl” is said to be the croissant’s ancestor. It is crescent moon-shaped, just like the croissant, but consists of a softer, less flaky dough. The Kipferl’s history goes back into the 13th century, where it was first mentioned as some kind of sweet treat. Some centuries later, in the middle of the 16th century, it was classified as morning-pastry.

Of course, there is also some kind of legend on its invention. According to it, a group a bakers invented the croissant-prototype after a failed attempt of the Ottoman to take the Austrian capital Vienna. The Ottoman were trying to end the siege of Vienna by digging a tunnel to enter the city. But, thanks to some early birds a.k.a. bakers who heard noises from under the ground working in their cellars, the attack was noticed. In the following, the Ottoman were expelled and to commemorate the victory and alert by the bakers, the crescent moon shaped Kipferl were created. The form of it is said to a reference to the crescent on the Turkish flag.

But to be honest, this story is probably nothing more than that and most likely does not tell the true history of the croissant. Nevertheless, the origins of our beloved pastry do lay in Austria, this fact is undisputed.

How Did the Croissant Get to France?

Knowing about the early history of the croissant, which lays obviously not in France, let’s get to the question of how it got to France.

On this matter as well, there is another legend of questionable truth. Reputedly, it was the French Queen Marie-Antoinette, the daughter of Austrian Empress Maria Theresa, who took her favorite breakfast pastry to France. Thanks to her, the Kipferl became quite popular among the people of the royal court. And she is even said to having named it croissant.

But most likely it was an ordinary Austrian baker who took the Kipferl to France and started the hype around croissants. In the 19th century, the Austrian baker August Zang opened a confectionary, La Boulangerie Viennoise, in France and of course, also offered Kipferl. But, he used a more flaky dough. And the Austrian name got lost, as people started calling it croissant for its crescent-shaped form. In French, croissant de lune means crescent moon.

The Croissant as We Know it Today – The Making Of

Although the history of the croissant obviously goes way back in time, the pastry we love and know it now has probably been established around 1900. The first croissant recipe based on the pastry technique using yeast dough dates back to 1915.

During the French-Prussian War, the French were short on butter. Because of that, they also started using margarine when making croissants. This is why many French boulangeries nowadays still offer different types of croissants: There is the ordinaire, which contains margarine, the pur beurre made of butter and the pâttisier, which contains both butter and margarine.

During the First World War the Croissant production stood still because of sugar shortage, but after the Second World War it came back stronger than ever. At that time, croissant mass production started. Also, the technique of freezing prefabricated croissant became common and the availability of croissants increased immensely. Ever since then, the croissant became a staple in French breakfast. But subconsciously the French probably know very well, who they owe their favorite pastry to. Along with the Pain aux Raisins and other baked goods, the croissant forms part of the class of viennoiserie.

Did this post make you want to go and buy some croissants? A nice drink to take along with it is chai tea, check out our blog post on how to make it yourself!