The History of Tamales 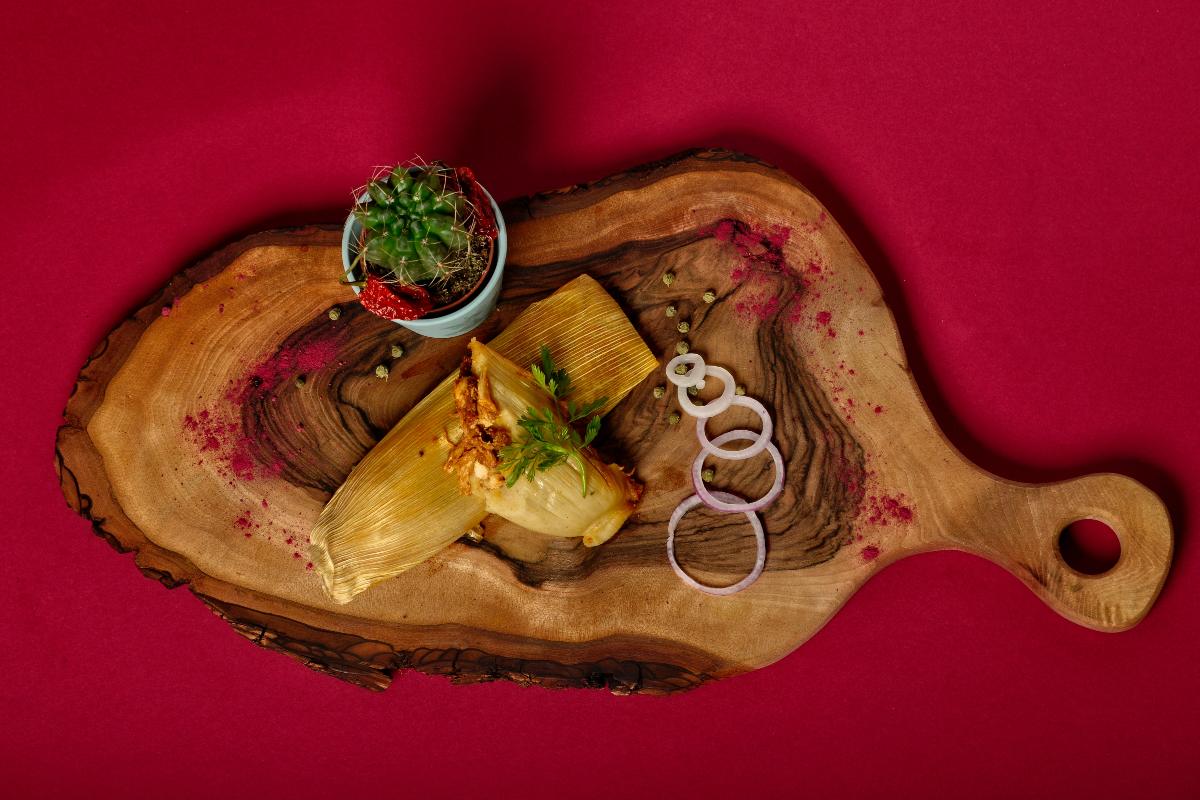 Travelling South America, it definitely will be hard to get around one dish in particular: Tamales. This corn food is popular among many Latino countries, and all of them have a special version of it. And Tamales have been popular in this part of the world for many, to be exact, thousands of years. Even already, the indigenous people of Mesoamerica have been big fans of Tamales. If you are curious and want to find out more about the history of Tamales, read on!

What Is A Tamale?

A Tamale is a traditional dish, typically prepared in the Meso- and South American area. It consists of a masa, a dough, made from nixtamalized corn. Nixtamalization describes the process of soaking and cooking corn in an alkaline solution like lime water, then washing and hulling it. Then, the tamales are filled with different kind of fillings, wrapped in corn husk or banana leaf and steamed.

The Origin of Tamales

The name of this delicious food already gives a hint about its origin. Tamal, the Spanish singular for Tamales, derives from the Nahuatl, one of the Ancient Aztec languages. So obviously, the history of Tamales goes way back in time. To give you an exact number: Tamales trace back to around 7,000 B.C. in the Aztec Empire. But not only the Aztecs made and enjoyed Tamales. Also, the Mayans made them, as well as Yucatans and Venezuelans.

The first Tamales probably served as some kind of Take-Way food. Most probably, the women creatively created Tamales to avoid having to go along with the men every time there was a battle to feed the troops. They spread the corn masa on corn husks or banana leaves, filled them and sent them along with the warriors on their way. Ancient food-prepping at its best.

But back then, the ingredients were slightly different to the ones we use today. For example the Aztecs, primarily vegetarian, filled their Tamales with veggies and added insects as protein. The Incas on the other hand already consumed quite a lot of meat and added llamas, alpacas and guinea pigs to their Tamales. The Mayans, the biggest meat eater at that time, liked their Tamales filled with dog meat, turkey, deer, tapir, monkey or whatever they got to catch.

And most importantly, they used a precursor to modern maize, Teocintle. In comparison to modern corn, it is more nutritious and more resistant to diseases. Teocintle also was the name of the god of maize of the Aztecs. This leads to the next point, their religious meaning: Back then, the people used them as offerings to the ancient deities.

Tamales – Food Of The Ancient Gods

The type of Tamale offered to the gods depended on which god was meant to be the recipient. The more traditional bean tamales served as offerings to the jaguar deity Texcatlicpoca. Whereas the shrimp-filled ones were given to Huehueteotl, the good of fire and blood. The huitlacotche Tamales, which were made with a powerful fungus that grew on the maize, were reserved for the rain god Tlaloc. And the sweet, dessert-like tamales with honey and bean went directly to Xipe Totec, the deity of death and rebirth.

The Success Story Of Tamales

So clearly, the history of Tamales really does go back thousands of years. But when the Spanish conquistadors arrived, these ancient traditions, along with the whole civilizations, were destroyed. As the conquistadors did so many times, they also took the cultural asset of the tamales along with all its traditions and Christianized them. Now, for example, in some countries, Tamales are a popular dish on Christian holidays.

Nevertheless, Tamales at that time were already common and popular in most of South and Mesoamerica. Along with the Spanish came new ingredients to use and new types of meat to put into the Tamales, like pork. And over the years, with growing movement on the whole American continent, the delicious maize food also spread to the northern part of the American continent.

The Enormous Variety Of Tamales

Today, Tamales are popular in most states north of the US and of course cities and parts of the US with a vivid Latino community.

One of the most famous homes of Tamales is Mexico. In the 19th century, their reputation of being poor people’s food turned into being one of Mexico’s National foods, as the bourgeoisie stigmatizing the Tamals was removed. You will also find many Tamales in Colombia, although Colombians call it bollos. In Nicaragua they are called nacatamales, in Guatemale paches and chuchitos and in Bolivia and Ecuador humita. There are many more namings for Tamales, but no matter the South American country, asking for a tamal people will most likely know what you are looking for.

However, Tamales are not easily replaced by outsiders and non-indigenous cooks. As Tamales are popular in many countries, in which every region, state, village or even family has a special recipe, there are countless ways of making Tamales. If you still want to give it a try, check out the recipe by masterclass.com. In this article, they hand out a very detailed, step-by-step description of how to make Tamales.

But we think, the best Tamale experience you can get would be within the countries itself. So if you are planning on travelling any country north of the US, make sure to get yourself a Tamale!

Did you like this post about South American foods? If so, check out our article on Colombian Arepas.