The History and Recipe of Krapfen – The Austrian-German Carnival Pastry 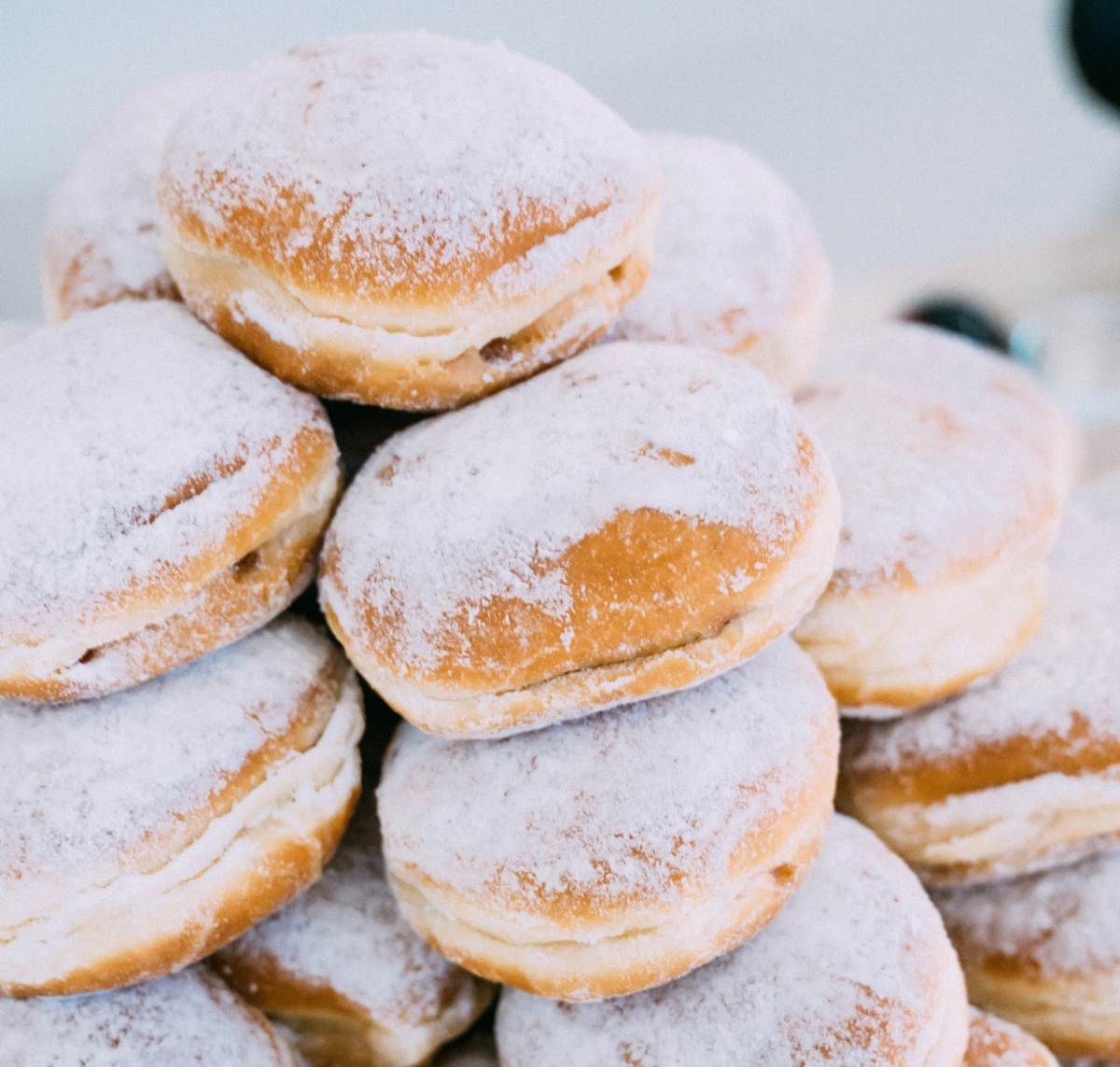 During the time of carnival, in some parts of Germany and Austria also called “Fasching”, there is one pastry ruling the bakeries: The Krapfen. In these regions, this fried pastry filled with rose hip jam stands for the “fifth season” like nothing else, and it has been this way for many, many years. Read on if you want to find out more about the history of Faschingskrapfen and how to make it yourself.

What Is A Krapfen?

A Faschingskrapfen is a fried pastry, filled with rose hip jam. The base is a sweet yeast dough, and it is traditionally topped off with icing sugar.

In Bavaria and Austria, the Krapfen is a pastry traditionally connected to the time of carnival. But you will find the Krapfen also in many other parts of Germany and with many other fillings than only rose hip jam. In those regions, the pastry is not that tightly wedded to carnival and also comes by different names. In Berlin, they are called Pfannkuchen, “pancakes”, and in many German regions they ironically are called Berliner.

Especially in the southern regions of Germany, you will not find a single carnival party without some Krapfen. Also, sometimes one Krapfen in a batch is filled with mustard. And the expression of the person, who has picked the one with mustard, will most likely cause laughter among all the others!

And this tradition of eating Krapfen during the time of carnival goes way back in time, so let’s have a look at the origin of this delicious pastry.

The Origin of Krapfen And Its Carnival Connection

The patriy’s name indicates that already during the Middle Ages, people ate Krapfen, or something resembling it. At that time you could find an elongated pastry called Chrapho or Krapfe, the old German word for claw. People ate it during the cold time of the year, meaning the winter months, which more or less end with the last days of carnival, to feel protected of witches and bad spirits.

But the preparation method of frying dough in hot oil goes back even further in time. In an ancient Egyptian tomb, archaeologists found little cakes resembling what we now know as Krapfen. And also among the people of Ancient Rome a Krapfen-like pastry was pretty popular, although they had it topped-off with honey instead of jam.

Around 1200, a fried pastry called graphos was listed on the menu of German monasteries. And also in the cities of that time, people could buy graphos. The tradition of eating Krapfen during carnival season is caused by its high caloric score. It was cheap and helped to build energy reserves, which were important to have before the start of the fasting period which follows the time of carnival. This tradition stuck as more and more people, who did not even participate in the fasting, took it on. And today, you cannot think of German or Austrian Carnival without this sweet and fatty sin.

The Legends Of Its Invention

There are two common stories about the invention of Krapfen as we know it today.

One of them goes back to the 17th century and takes place in Vienna. Reputedly, it was the baker Cäcilie Krapf, who accidentally invented them. During a fight with her husband, she threw a piece of yeast dough at her husband. She missed her aim and instead, the dough plopped into a pot of boiling oil. This accident turned into her famous Cillikugeln which she filled with preserved fruits. And later, they turned into what we now know as Faschingskrapfen, named after their inventor.

Another story names a baker from Berlin as the first one having made Krapfen. According to the legend, around 1750, this unknown man invented a pastry formed like cannonballs for the army of Frederick the Great. Because of the descent of the baker, they called the pastry Berliner.

Whoever invented Faschingskrapfen, we definitely are very grateful for this great idea. And to end the waiting, let’s find out how to make them yourself.

How To Make Faschingskrapfen

To make one batch of Krapfen, you will need the following ingredients:

To make the dough, put the flour, salt, sugar and vanilla sugar in a mixing bowl. Add the egg yolks and the rum. Heat the milk in a cup to body temperature and add the yeast and a bit of sugar. Gently whisk until the yeast has dissolved. Using a food processor or your heads, briefly mix the other ingredients, then add the milk yeast mixture in two batches while continuing to knead the dough until small bubbles form. In the meantime, heat the fat and slowly add it to the dough.

After this, cover the dough and let it rise in a warm place for one hour.

Next, roll out the dough on a floured board to about 2 cm. Cut our circles off the dough using a glass. Naturally, depending on how big or small the circles are, you will get more or less Krapfen out of the dough.

Cover the cut-outs with a floured preheated cloth and leave to rest for another hour.

Pour frying oil in a pan up until the height of 3 cm and heat it to 160 C. Working in batches, put the cut-outs in the pan, the top side going facing down. Let them bake slowly, once one side has reached a nice golden color, turn it so that the other side can be baked.

Remove the Krapfen from the hot oil and let them cool down a bit. Then, using a pastry syringe, inject the rose hip jam into the Krapfen and top them off with powdered sugar.

And tada, your homemade Krapfen are done!

If you are looking for some more fried goodness, check out our blog post about Funnel Cake.