The History of Coffee: How it took over the whole world? 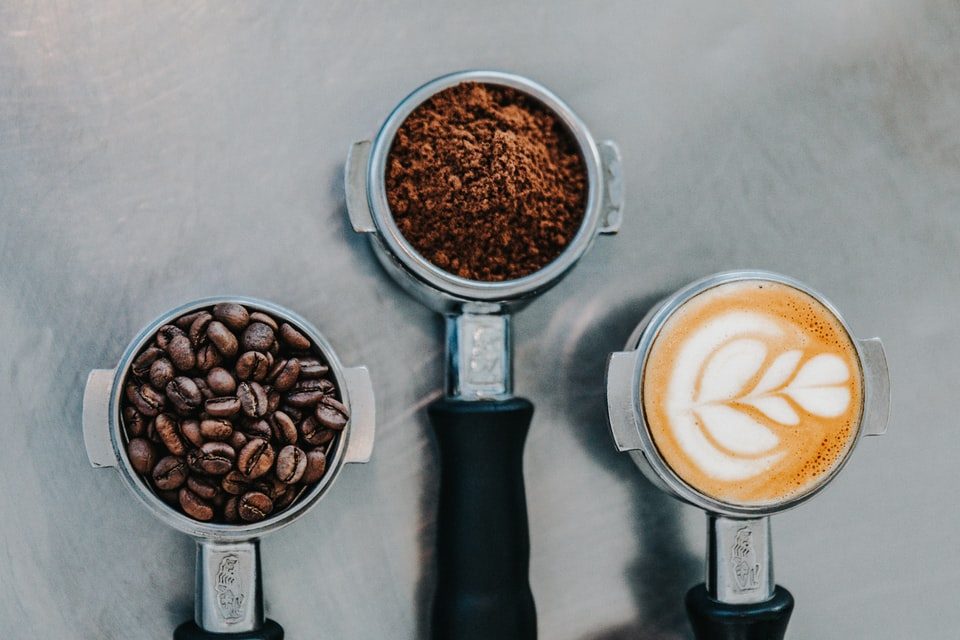 Coffee is the beverage that gets you out of bed. It gets you into the office in the morning. Coffee is what provides you motivation to stay late to finish your work or prepare for that exam. It is the common language of business breakfasts and social gatherings. It’s the beverage that allows you to take a few minutes to rest, think, and settle down. So we can say that coffee is an emotion. You can drink it in Summer and in Winter. You can drink it when it’s rainy and when the weather is dry. And we can safely say almost everyone knows what coffee is. To understand how a cup of liquid went on having this much impact on all of us let’s start with a proper introduction and then on the history of coffee.

There is an Ethiopian Legend that says a goat herder Kaldi discovered coffee first in the 9th century.

According to legend, Kaldi discovered coffee after noticing that his goats got so lively after eating the berries from a certain tree. And they refused to sleep at night. Kaldi informed the nearby monastery’s monk. The monk concocted a drink from the berries. And discovered that it kept him awake throughout the long hours of nightly prayer. After that, he informed the other monks at the monastery about his discovery, and word of the stimulating berries spread quickly.

According to another version, Kaldi gave these beans to a monk who disapproved of their use and flung them into the fire.

As news spread east and coffee reached the Arabian Peninsula, it embarked on a voyage that would eventually take these beans throughout the world.

Even if the Kaldi narrative isn’t real, one thing is certain: coffee came from Ethiopia.

The tale of coffee’s history is interesting. The bean has been smuggled out of rigorous governments. They have been taken from royalty and have transformed entire nations and economies for ages. It’s incredible how one small bean harvested from tiny trees in Ethiopia has grown to become the world’s second most traded commodity.

History of Coffee : The Arabian Peninsula

Another thing we know for sure is where coffee went next after its origin. In the 15th century, coffee made its way over the Red Sea to Yemen. Mocha was the name of the port where the beans originally landed. Mocha became linked with coffee as a result of the rising popularity of coffee. And also because of the transportation of coffee from the port city. So now we know where the name “mocha” comes from when it refers to coffee. Coffee was being cultivated in the Yemeni province of Arabia at the time. And it was well-known in Persia, Egypt, Syria, and Turkey by the 16th century.

As coffee shops sprung up all across Arabia, the beverage began to become a bit too popular. “Schools of the Wise” was the name given to these coffee shops. With thousands of pilgrims from all over the globe visiting the holy city of Mecca each year, word of this “Araby wine” began to spread.

However, because of its stimulating impact, the court in Mecca decreed coffee to be outlawed in the early 1500s. . Both Cairo, Egypt, and  Ethiopia saw identical events. All of these prohibitions were eventually abolished. But the coffee had been subjected to its fair share of repression before then.

Travelers from Europe returned from the Near East with tales of a unique dark black beverage. Coffee had made its way to Europe by the 17th century and was quickly gaining popularity across the continent.

Some people viewed this new beverage with distrust or horror, referring to it as Satan’s “bitter invention.” When coffee arrived in Venice in 1615, the local church denounced it. The debate became so heated that Pope Clement VIII was summoned to intercede. Before making a judgment, he chose to try the drink for himself. And he thought it to be so delicious that he gave it papal permission.

Despite the issue, coffee houses grew in popularity as social gathering places and communication hubs in major towns across England, Austria, France, Germany, and Holland. In England, “penny universities” came up. Named so because for the price of a penny one could purchase a cup of coffee and engage in stimulating conversation. Coffee began to take the place of the popular breakfast beverages of the time, such as beer and wine. Those who drank coffee instead of alcohol started the day alert and invigorated, and the quality of their work improved dramatically.

There were around 300 coffee houses in London by the mid-seventeenth century. Many of which drew like-minded clientele such as merchants, traders, brokers, and artists. These specialty coffee shops spawned a slew of new businesses.

Asia’s Place In History of Coffee

Arabia was the coffee’s gatekeeper. Yemen was the source of coffee beans for any country that needed them. The authorities preferred it that way. They went to great lengths to guarantee that no one could take viable beans from their possession and establish trees on their own. Along comes Baba Budan, an Indian Sufi saint who was on a journey to Mecca in 1670. He snuck some fertile beans back to India after his return, where he began coffee production. These beans sparked a large-scale coffee planting industry in Southern India, which is still active today.

History of Coffee: Introduced to America

The small beans were going to overrun every nation touching the Atlantic Ocean after conquering Africa and the Indian Ocean states and spreading over Europe.

In 1714, the Mayor of Amsterdam gave King Louis XIV of France a seedling coffee plant as a gift. It was ordered by the King to be planted at Paris’ Royal Botanical Garden. Gabriel de Clieu, a young naval officer, received a seedling from the King’s plant in 1723. Despite a difficult voyage that included bad weather, a saboteur who tried to destroy the seedling, and a pirate raid, he was able to successfully carry it to Martinique.

The seedling not only thrived once planted. But is also credited for the spread of approximately 18 million coffee trees on Martinique over the next 50 years. Even more astonishing, this seedling was the ancestor of all coffee trees in the Caribbean, South America, and Central America.

Brazil And A Modern Coffee Empire

The famed Brazilian coffee owes its existence to Francisco de Melo Palheta, a Brazilian colonel. In 1727, Francisco was dispatched to Guyana to settle a conflict between the Dutch and the French. His top aim, though, was to obtain coffee and return it to Brazil at any cost. The French were unwilling to share. But the French Governor’s wife, enamored with his fine looks, presented him with an enormous bouquet of flowers before he departed. It included enough coffee seeds to launch what is now a billion-dollar enterprise.

Brazil’s coffee output began to flourish in 1822. And the country became the world’s greatest producer of coffee in 1852, a position it has held to this day. Coffee from Brazil was brought to Kenya and Tanzania in 1893, near to the origins of coffee cultivation in East Africa.

Depending upon the brewing styles, kind of beans used, the ratio of ingredients used, topping, etc we can say that the modern coffee menu is very overwhelming. There is coffee for pretty much all preferences, from very strong ones to the sweetest ones. Some of the most popular coffee drinks worldwide include Cappuccino, Espresso, Double Espresso, Red Eye, Black Eye, Americano, Macchiato, Flat White, Ristretto, Café Latte, Affogato, Mocha, etc. The invention of the coffee machine in 1908 also contributed to the modern craze for the caffeinated drink. It made it easier to prepare coffee and helped in making it a household name. It is cheap and affordable. Coffee beans are not only used for making the drink. They are also are integral ingredients for various other types of cakes and desserts.

The Popularity of Coffee

Today, coffee has become a part of everyone’s life. The caffeine got us energized. So. many rely on coffee to get through their day. It is much more than just a morning or evening drink though. It is a social drink similar to alcohol. Coffee shops are the major hangout place for people of every age group. And many people simply love the taste and flavor of the beverage. Regardless of the reasons why people drink coffee, it is second only to water in consumption. And every day the number of coffee drinkers grows tremendously adding their own reasons for drinking it to the list.

Do you want to know more about the history of coffee? Click here.

If you want to learn about Turkish Coffee, Click here.