Is Spaghetti Bolognese Really From Bologna? All About Its History and How To Make It! 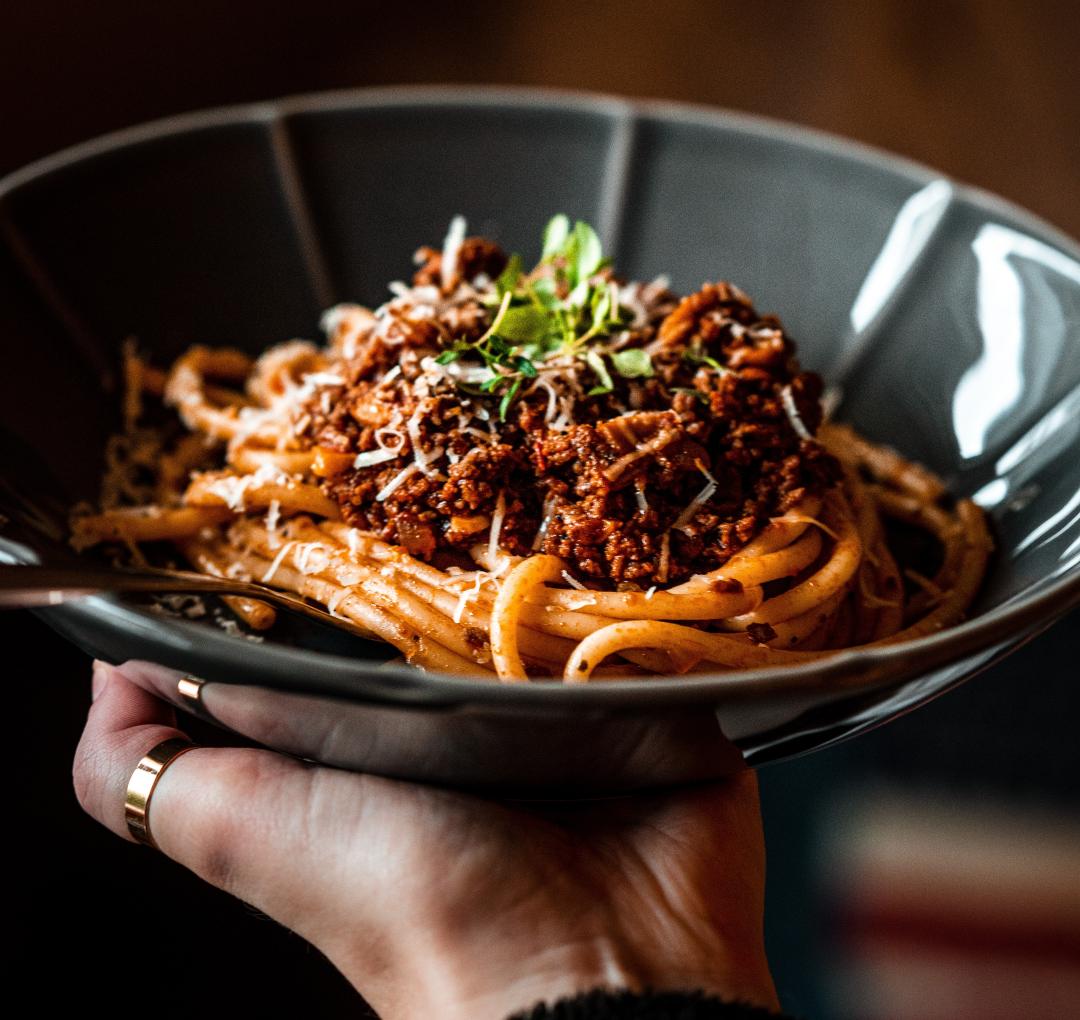 According to several studies, Spaghetti Bolognese is a popular dish – even one of the most popular ones – in countries like Great Britain and Germany. And because of its name, many locate the roots of this dish in the Italian city of Bologna. However, this clue is misleading. In 2019 the mayor of Bologna even had an angry Twitter outbreak about the “fake news” that connect that dish to his city. If you are curious about the true history of Spaghetti Bolognese and want to find out, how to make it yourself, read on!

The dish that most people know as Spaghetti Bolognese consists of a tomato sauce of minced beef and, of course, spaghetti. In Italy on the other hand, Spaghetti are not the first choice to have a Ragù alla bolognese, a ragout alla Bolognese, which means only the sauce. Instead, people eat it along with egg pasta like Tagliatelle. In Bologna especially, Spaghetti is not the type of pasta people make and eat. This is also, what caused the Twitter outbreak of the mayor of Bologna, Virginio Merola, who claimed that “Spaghetti Bolognese are fake news”.

A good Ragù alla bolognese consists of minced beef, finely cut onion and carrot, celery, butter and olive oil. To season, it is common to use wine and broth as well as tomato purée or paste. The most essential part about making good Bolognese, though, is to leave it to simmer at very low temperature for several hours.

As already indicated, the name of this dish is a bit misleading. The true home of Ragú alla bolognese is not the beautiful city of in Northern Italy, but …

Actually, naming the true home of this famous dish is impossible. As already mentioned, the naming of it is a bit misleading. Ragouts are a common dish in all parts of Italy. And resulting from that, you can find many, many different styles of ragú all around Italy. The only thing connecting them are the basic ingredients: tomatoes or other veggies, minced beef, wine and herbs.

And to be even more honest: Ragù “alla bolognese” is actually more similar to the ragouts cooked in the south of Italy, the region around Naples.

The confusion about the naming of this dish goes back to a recipe in a cookbook of 1891, in which the chef Pellegrino Artusi published a ragout “alla bolognese”. It actually just was a ragout recipe, but being the most popular cookbook of that time, it set the base for many ragouts cooked all around Italy.

To secure their national dish, in 1982, the Italian Academy of Cuisine decided to register a recipe of the Ragù alla bolognese. And this is, most probably, how this delicious pasta dish was finally named.

Having talked about the background of this dish, let’s head on and find out, how to make this delicious pasta dish yourself.

How To Make Spaghetti Bolognese

To make about 4 servings of Spaghetti Bolognese, you will need the following ingredients:

Heat a large saucepan over medium heat. Add a tablespoon of olive oil, once it is hot, add the beef mince and a pinch of salt and pepper. Leave to cook until the mince is well brown. Once browned, transfer it to a bowl and set aside.

Use the same saucepan and add another tablespoon of olive oil and heat at medium heat. Add the onions and a pinch of salt and fry them gently until softened and translucent. Then, add the garlic and cook for another 2 minutes. Add the carrot along with the mince and any juices of it inside the bowl into the saucepan.

Next, add the tomatoes to the pan and mix well. Pour in the stock, bring to a simmer and then reduce to a lower temperature. Leave to simmer for at least 45 minutes, if you can, even longer. Then taste and adjust the seasoning as necessary.

When the sauce is ready, cook the pasta of your choice. Serve the cooked pasta along with the sauce! And of course, enjoy!

If you are looking for a classic Italian dessert to have after your Spaghetti Bolognese, check out our post about Tiramisu!