The History of Everyone’s Favorite: Pizza 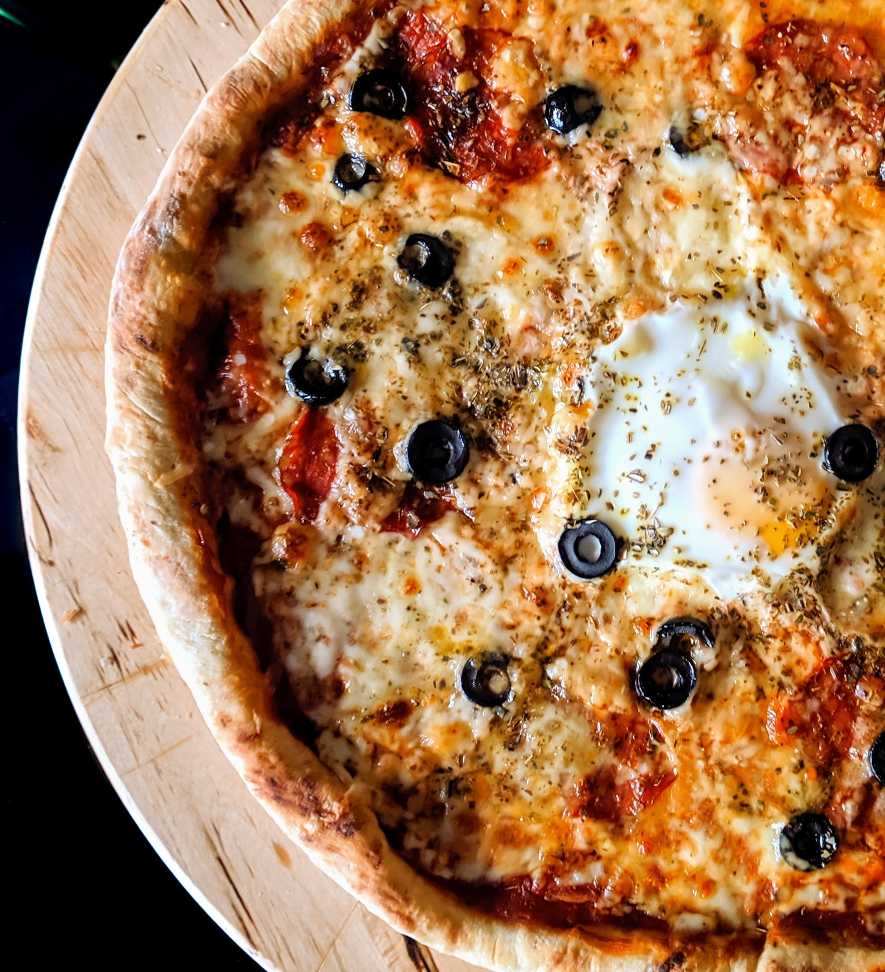 Honestly, can you think of someone who does not like pizza? This dish is a go to whenever you need to feed big groups of people or when you just feel like having some true comfort food. Talking about its origin, it is no secret that this popular food comes from Italy. But what is the true history of pizza? Read on to find out more!

The Ancestors of Pizza

If you think of pizza as a sum of its ingredients – dough with toppings – it’s no surprise that preparing similar food goes way back in time. For example, in the 6th century BC, Persian soldiers reputedly baked flatbread with cheese and dates on top of their battle shields. You could definitely see this as an early intent to make pizza bianca, right?

There is also a reference to pizza-like foods in the Aeneid, around 19 BC. According to the story, Celaeno the Harpy queen, foretells the Trojans that they would not find peace until their hunger forces them to eat their tables. Later, the Trojans have a meal that includes round cakes topped with cooked vegetables. Whilst eating, they realize that these are the prophesied “tables”.

Actually, all around the world, people have been eating bread with some kind of topping. But when and where did the first pizza pop up, similar to how we love it today?

Naples – The Doubtless Home of Pizza

Looking at the history of this circle of goodness, the first mention of the word pizza dates back to 997 AD in Gaeta, a small city in the south of Italy. So the dish or at least something alike must have been around in Southern Italy for at least more than 1,000 years. But the undoubted home of pizza as we know it today definitely is Naples.

In this famous Italian city in the 16th century small galette flatbreads, called pizzas, became quite popular. But it took the dish another 200 years more to evolve into what we now know as pizza.

In the late 18th-century, Naples was flourishing. Under the rule of the Bourbon kings, it had become one of Europe’s biggest cities. And it kept getting bigger, with more and more people living there. The urban economy struggled to keep up with the growing number of habitants, and many fell into poverty.

The streets became crowded by poor men desperately rushing from one place to another to find work. This certain lifestyle called for food that was at the same time cheap and easy to eat. Just like pizzas. Vendors started selling them on the streets, from big boxes they carried under their arms. And the sold pieces were cut as big as the customer’s appetite or budget.

The toppings at that time were pretty simple. Some came with garlic, lard and salt. But there were also other options with different types of cheese. Also, the first pizzas with tomatoes popped up. This strange fruit had only been introduced from the Americas, and many Italians still mistrusted them. In the end, their unpopularity and  –resulting from this – their low price, made them attractive.

But for a long time, pizza did not get the attention it deserved and stuck to its reputation as poor people’s food. So how did it make it to the plates and hearts of people worldwide?

Up until the end of the 19th century, pizza was well known among many, but ignored by the chefs of the country. In the first cookbooks, published at that time, the pizza was overlooked.

But with the Italian unification, the time of the pizza was about to begin. In 1889, the first Queen and King of the united Kingdom of Italy went on a visit to Naples. Like it was common practice at the court at that time, the royal couple had french dishes for breakfast, lunch and dinner. After some days, they grew tired of the ever same and very complicated food. So they asked for some local specialties. The local pizzaiolo Raffaele Esposito cooked three sorts of pizza: one with lard, caciocavallo (a type of cheese), and basil, another one with seafruit. And the last one, with tomatoes, mozzarella and basil. The queen fell in love with the dish, most of all with the last option. In the following, her favorite was named after the monarch and became famous as Pizza Margherita.

From Italy to the World

So now we know how our favorite dish got the attention it really deserved within its home country. But how did it go on? The history of pizza took an important turn when many Italians left the country. Doing so, they brought the circular goodness to many other regions of the world. Also, when American soldiers invaded Italy during the Second World War, many of them fell in love with the Italian cuisine and of course, pizza.

Especially in the US, more and more pizzerias popped up. But also in other countries the dish became popular. For example, in Germany, in the 70s many guest workers arrived from Italy. They naturally brought their national way of cooking and many of them decided to stay and open up restaurants, serving the one and only Italian signature dish: Pizza.

The history of pizza took another interesting turn with the economic and technological change. Firstly, pizza got ‘domesticated’. This means, with the growing of incomes, every household had a fridge and freezer and thus an option to freeze pizza. The frozen pizza became a thing. Also, pizza was commercialized. More and more delivery services evolved, and pizza was one of the first dishes to be served up.

Today, you can get pizza in every part of the world. There are many classic toppings, like the already mentioned Pizza Margherita, but also variations like Pizza Hawaii, which makes Neapolitans shake their head. But to get the real pizza experience, of course we recommend going to Naples and try the local, original pizza.

If this blog post made you hungry for pizza, check out our recipe for homemade pizza.