Irish Shepherd’s Pie – Its History and How To Make It Vegan! 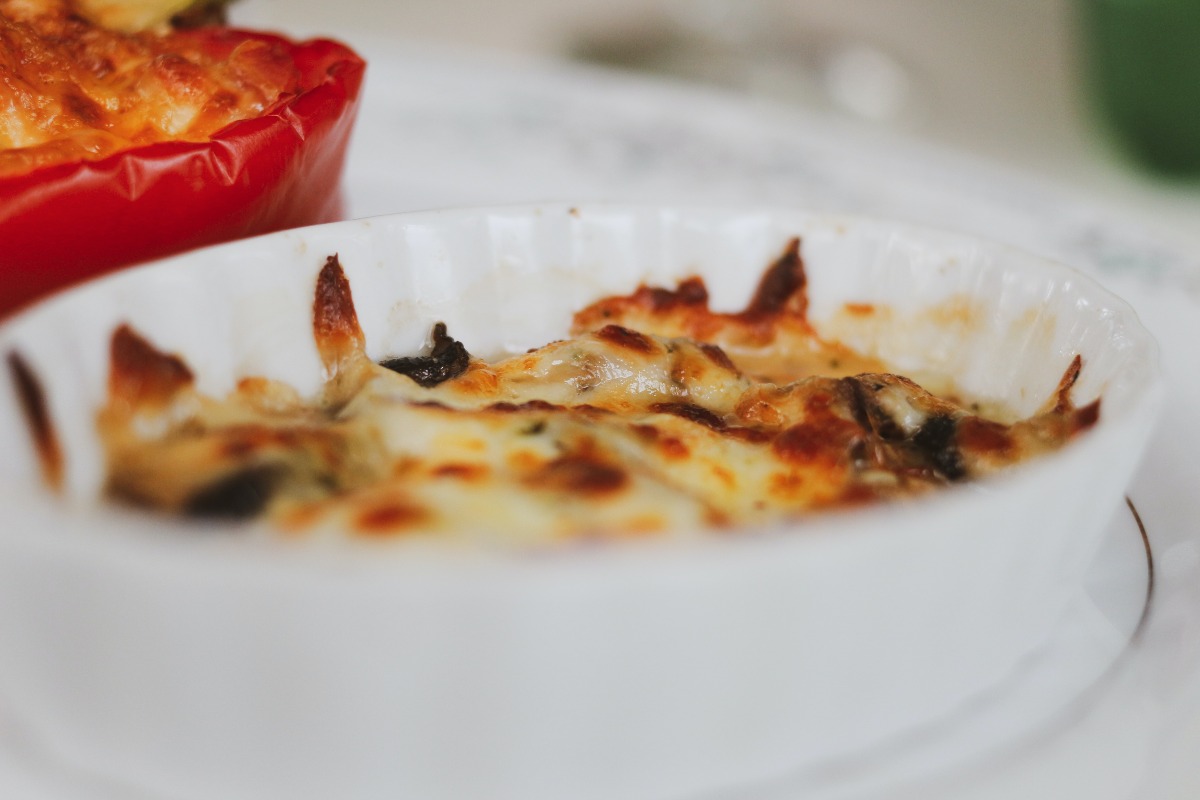 Shepherd’s pie definitely belongs to the food category ‘comfort food that turns every bad day into a good one’. The traditional savory pie from Ireland has conquered the world and nowadays, its popularity does not limit itself to the British Islands. Nevertheless, its origins go back until the 17th century. And its invention was linked to a problem, that is still more than urgent to be solved: Food waste. Do you want to find out more? In this blog post, we talk about how Shepherd’s pie was invented, what you can do to reduce food waste and hand out a vegan recipe to make it yourself!

What Is Shepherd’s Pie?

Shepherd’s pie is a dish originating from Ireland. It’s a savory kind of pie, consisting of three layers of mashed potatoes and meat. Traditionally, the upper and bottom layers have mashed potato and the middle layer carries the minced beef.

The Difference Between Shepherd’s and Cottage Pie

In the early days of this dish, it was simply called cottage pie. But later on, two versions of it popped up. One of them contained minced beef, the other one lamb. The latter became “Shepherd’s pie”. However, today most people cannot tell the difference, so it just takes knowing what you want and where you are sure to get it.

The Invention of Shepherd’s Pie

We owe this delicious dish to the creativity of Irish housewives when handling a problem, which is still more than present. The problem of having perfectly fine leftover food.

Back in the early 18th century, some Irish housewives were pretty frustrated by the way their husbands and children refused to eat the same food for more than one day. So they used the leftover food, potatoes and beef, and made something delicious out of it. So actually, what we now know and love as Shepherd’s pie, was originally created out of the need to use up leftover foods.

Up until today, food waste is a gigantic problem in our society.

Food Waste Today and What To Do Against It

Our society today can definitely be called affluent. For the average person living off a standard salary, going to the supermarket, buying whichever food they like is the most everyday thing. Looking at supermarket shelves, it’s also normal to get carried away and buy food you are not able to finish. Because of that, everyday tons of food get thrown out. And not only in private households, also supermarkets or factories throw out perfectly fine food. For example, because it is too close to the best-before-date or because the packaging has a little fault.

This is not only absurd in terms of the economy. Also, producing food, no matter what kind, uses up natural resources. Not eating it in the end, adds up an unnecessary burden to the already shaken environment.

And, although the food production industry could feed 12 billion people, almost twice as many as live on our earth, there are still millions of people starving.

What To Do To Reduce Food Waste?

If you want to help reduce food waste, there are several things you can try to include into your everyday life. Meaning, you do not have to start big and climb into supermarket containers rescuing food.

Within your own kitchen, it might already help a lot to organize your shelves and fridge to have clear display. This also makes sure you will not forget about food you have bought and prevent it from going bad.

Also, make sure to store your food in the right way! On this site, you can ind out how to best store different types of food.

If you know, you cannot finish a meal, freezing it is a great way to avoid throwing it out. Also, do not only trust the best-before-date. ‘Best before’ does not mean ‘turns bad after’. So check your food! Does it still look/smell/taste good? Most probably, you can still eat it! An exception comes with food marked with an ‘Use by’ label. This is a date you have to stick to, as it is on food, that goes off quickly, like meat or fish.

And if it has happened anyway, and you need to throw away something that has gone bad, composting is a great way to not send it to the landfill.

We hope, this gave you some inspiration to reduce your own amount of food waste. If you are looking for more, the Danish blogger Gittemary Johansen has a bunch of videos and great tips on that matter!

How to Make Vegan Shephard’s Pie

In order to offer this recipe to everyone, no matter vegan, vegetarian or not, we decided to go with the plant based version of Shepherd’s pie.

To feed your vegan Shepherd’s pie to about 4-6 hungry people, you will need the following ingredients:

Firstly, preheat the oven to 200C. Peel all the potatoes and chop them into rough 2 cm chunks. Place the Maris Pipers into a large pan of cold salted water over a medium heat. Bring to the boil, then leave to simmer. After 5 minutes add the sweet potatoes and leave everything to simmer until they are tender (about 10-15 minutes).

Drain the potatoes and leave to steam dry, then return to the pan with the margarine and a pinch of salt and black pepper. Mash them until smooth, then set aside.

Peel the onion and finely slice it, as well as the carrots, 2 garlic cloves and the celery. Bash the coriander seed in a pastle and mortar until fine. Add all to a medium pan over medium heat with a good splash of oil. Add the thyme leaves and cook until softened (about 10 minutes).

In the meantime, roughly chop the mushrooms and sun-dried tomatoes. Add to the pan along with the vinegar and 2 tablespoons of the sun-dried tomate oil from the jar. Cook for 10 minutes more. Add a splash of wine, turn up the heat and allow it to bubble away. Stir in the stock, lentils and chickpeas (juice and all). Leave it to tick away or 5 to 10 minutes or until slightly thickened and reduced.

Pick and roughly chop the parsley leaves, then stir into the pan. Season to taste, then transfer to a baking dish.

Spread the mash over the top and scuff it with the back of a spoon. Finely slice the remaining garlic clove. Place it into a bowl with the rosemary leaves, lemon zest, breadcrumbs and 1 tablespoon o oil. Mix well and sprinkle over the mash. Place it into the oven for around 10 minutes, or until piping hot through. To finish your vegan Shepherd’s pie off, place it under the grill for 2-3 minutes more until the crust turns golden.

This vegan Shepherds pie goes great with a green salad!

The recipe was taken from jamieoliver.com.

Looking for another Irish recipe? Check out our blog post about Colcannon.