Mate – The History and Rules of the National Beverage of Argentina 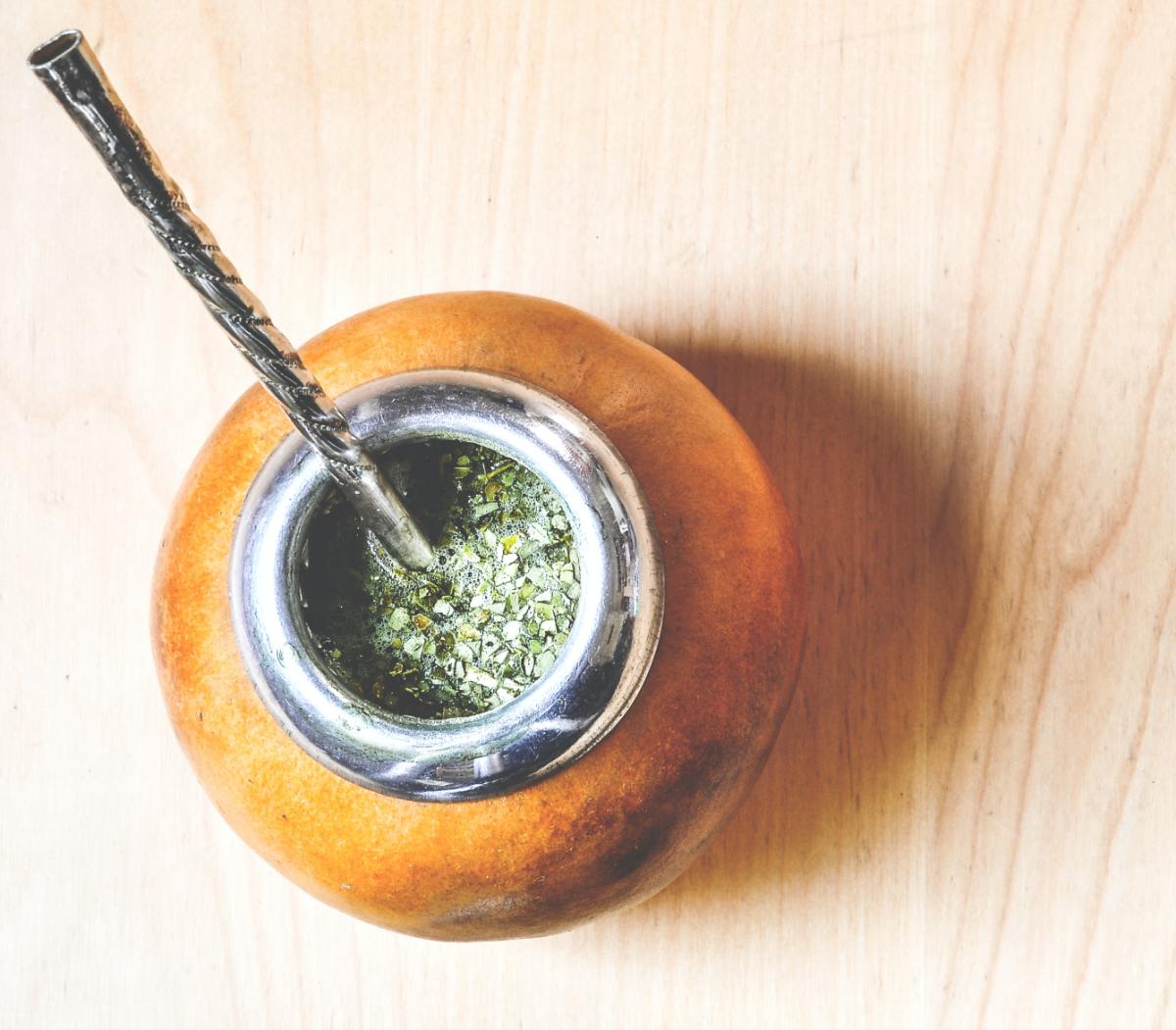 Mate, the typical tea like beverage from South America, belongs to the everyday life of Argentinians like coffee in Italy. It is deeply rooted in the culture of the people, and has been for hundreds of years. But drinking mate in Argentina is not as simple as one might think. There are rules and traditions you have to stick to. Do you want to find out more about the healthy stimulant and how to properly take it? Read on!

Mate is a traditional South American infused drink. Its taste resembles green or herbal tea with a slight bitter note. Some also like to add sugar to their mate, or orange zest, herbs or spices. As already mentioned, especially Argentinians are crazy about it. But it is also quite common to drink mate in Paraguay, Uruguay and the south of Brazil.

Sometimes, mate it is also spelled maté, deriving from the French spelling and stressing the differing pronunciation of the English word of mate, like buddy. But, in Spanish, maté means “I killed”, a definitely more than unpleasant link that many mate lovers do not really appreciate.

Also, this drink contains caffeine. Meaning, if you are sensitive to stimulants like coffee or tea, be careful not to take too much of it or not to take it too late during the day, to avoid having a sleepless night. But except of that, mate appeals with a lot of nutritious components, like Theobromine, essential oils, tannic acid, chlorophyll, vitamin A, B1, B2 and C, minerals and flavonoids, just to name a few.

A Brief Look at the History of Mate

The first ones, who had the glorious idea of making a tea out of yerba, were the indigenous Guarani. They used to populate the region of nowadays Paraguay, southeastern Brazil, Argentina, Bolivia and Uruguay. But also the Tupi people liked the stimulating infusion and helped to spread it to nearby areas.

But the part, from where mate most probably spread or caught die attention of the Spanish settlers, was what we now know as Paraguay (sorry, Argentina). This also explains the yerba’s scientific name: Ilex paraguariensis.

The first one’s who achieved to domesticate the mate plant were Jesuits. But after their expulsion in 1770, along with them also vanished the knowledge of planting yerba mate. People went back to harvest the plant growing in the wilderness, and it took about 100 years, until people started to cultivate it again. In the late 19th and early 20th century, yerba mate plantation projects popped up in Argentina and Brazil. But whereas Brazil shifted its economic focus to coffee, Argentina stuck with it. And up until today, Argentina is the worldwide largest yerba mate producer and fuels around 60% of the worldwide mate demand.

Drinking mate is an important part of the lives of many, probably most, Argentinians. Instead of coffee, in Argentina, many people start their day with mate. Actually, they take it at any time during the day. Often, but not necessarily, mate is accompanied by a snack. About the type of the snack, there are no rules. It can be sweet like a cookie or piece of cake, or savory. In Argentina, mate is also known as your best buddy when studying.

When invited to a round of mate by an Argentinian, this definitely counts as a friendship-offer. It is quite common to share a mate with a group of people, at least it was until Corona. Many already mourn the cultural loss of sharing mate with a bigger group of people and hope. But of course, there is hope to get back to it once the pandemic ends.

However, sharing a mate with a group of people goes along with quite some rules. First of all, there is one person who “brews” the mate. This means, there is only one person who prepares the mate, who pours hot water from a thermos once a person is finished and hands it out to the next person in line. Second, If you are not the person to make the mate, better do not touch the straw. And also, do not make the mistake of saying gracias after your first round of mate, unless you do not want more. Thanking the mate-maker serves as a code to say “thank you, I have had enough”. Keeping these simple rules in mind, you will definitely have a great time when sharing a mate!

What Do You Need to Prepare Mate?

Mate is made by soaking dried leaves of the yerba mate, in hot, but not boiling hot, water as the perfect water temperature for mate is 85 to 90 C. To make mate, you do not need too much equipment. But, frankly, you require some. To prepare it, people use the typical mate container, traditionally made from a calabash gourd, and a metal straw. The mate container, simply called mate, can also be made of different kinds of materials like plastic, wood or porcelain, meeting the possibilities of every wallet. The metal straw, the bombilla, also serves as a filter: Its end is flared and has small holes or slots. Like this, liquid can enter, but the chunky parts of the yerba cannot

Besides the equipment, of course you also need the yerba.

How to Make Mate the Argentinian Way

Once you have all the things you require, there is nothing stopping your very own mate experience. When putting the yerba in your container, make sure to only fill it up to 3/4 of your mate. Then, cover the top with your hand or a cloth and gently shake it, so that the yerba powder gets separated from the bigger parts, making the latter stay in the upper part of the container. When shaking, slightly turn the mate so that the yerba rather stays on one half of it.

Then, slowly add some hot water (85-90C, remember) to the rather yerba-less part until it stops being soaked up by the green. Some also use cold water for this part. Leave to rest for some time before putting the straw inside. Coming from the yerba “free” side, aim in a sharp angle at the bottom part of the side of the yerba. Then, add more hot water, pouring it in line with the yerba edge you created when shaking it. Do not add too much water, it should be easy to finish with one slurp.

And after this, there is nothing left to do except to enjoy your very own mate, on your own or with your friends!

If you want more information on how to make a great mate like you would find it in Argentina, you might find this video quite helpful:

Looking for a sweet snack to have with your mate? Check out our article on pastel de nata.