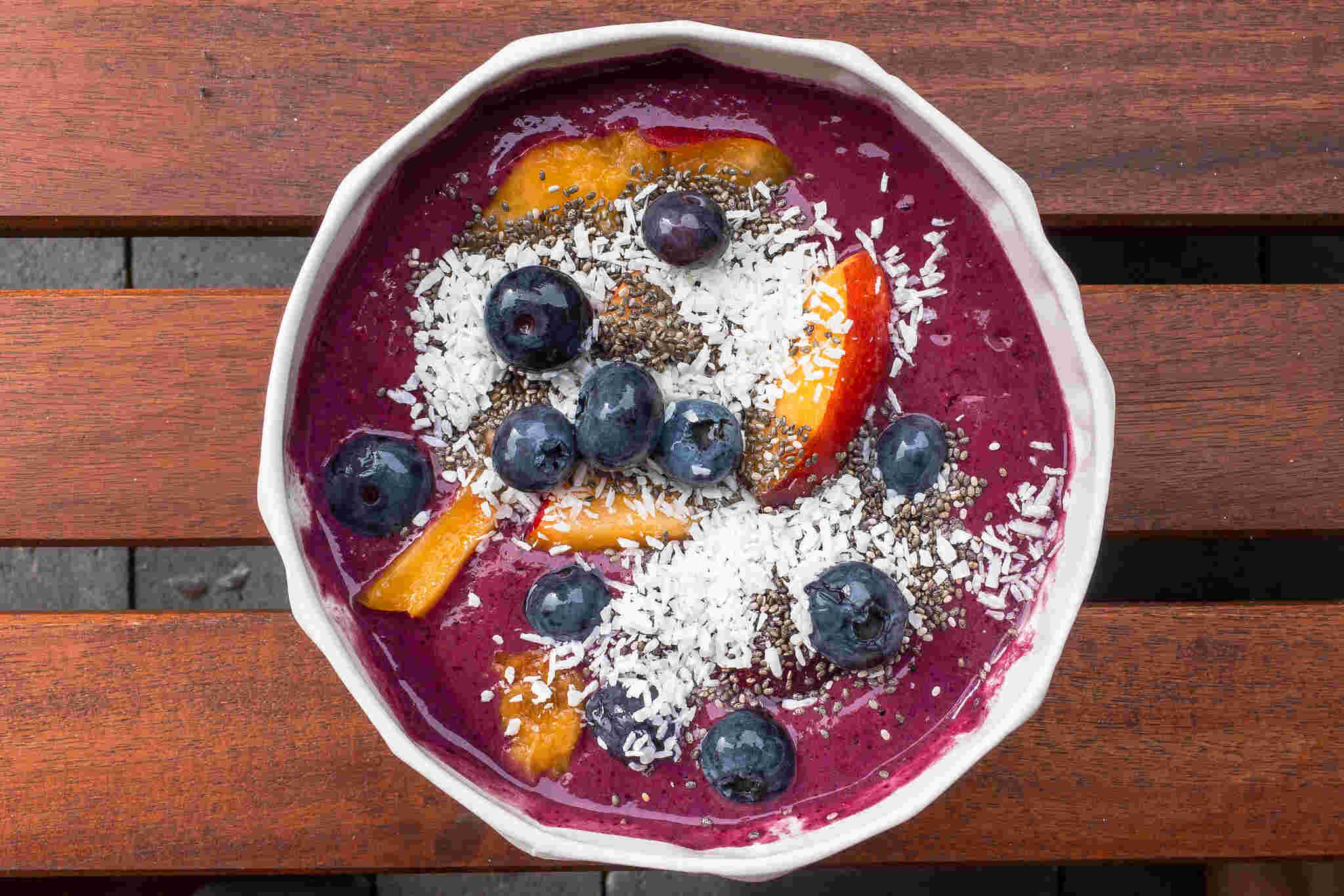 Have you ever heard about superfoods? Superfoods are anything but new. In fact, most of these foods have been in use since antiquity. However, they have grown in popularity since the 2000s and certain foods such as chia seeds or açai have become trendy on social media apps such as Instagram and Tiktok. You might want to consider adding superfoods to your diets, as they are natural foods that have many nutritional properties that make them stand out.

Whether you randomly stumbled upon this guide or you are already aware of the power of certain foods and certain diets, you can look at this list as your next grocery list!

Where do chia seeds come from? Well, chia seeds come from the plant called Salvia Hispanica, usually found in Mexico. Apparently, this plant has been a staple food for Aztec people due to its many health benefits. Indeed, chia seeds are known for preventing cardiovascular diseases, strengthening bones, and hydrating skin thanks to their protein and omega 3 levels. Not only that, but eating chia seeds regularly can also contribute to your mental health as well, as the seeds are rich in tryptophan, which helps the production of serotonin and melatonin, neurotransmitters and hormones that can affect your mood and sleep patterns.

Now, if you’re like me before researching superfoods, you’re probably wondering what Mankai is. Not very well known in Europe yet, it is considered a super green. It is also sometimes referred to as watermeal. This watermeal has been, however, popular in South East Asia for decades, and is now grown in Israel.

The amount of protein found in Mankai makes it comparable to an egg! Also rich in antioxidants, such as vitamin A and vitamin B12, as well as zinc and iron. As vitamin B12 is usually found in animal products, Mankai could be a good alternative for vegetarian people. This watermeal is just like water, pretty tasteless, which means you can add Mankai to your smoothies, dressings, and juices, and it won’t alter the taste at all. Give it a try!

This berry, as well as blueberries which also made it on this list, belong to the same fruit family. Mostly found in North America, cranberries have a lot of health benefits. One of the most important ones is its antioxidants properties. Moreover, they can apparently prevent cardiovascular disease. They are also rich in potassium, another important nutrient. Cranberry juice also helps prevent urinary tract infections.

Superfoods also include certain foods that are good for your gut, such as kimchi, which we’ve written about previously, kombucha, miso, sauerkraut, and yogurt. All of these foods contain friendly bacteria that will help keep your gut healthy.

This colorful exotic fruit known as Pomegranate has a sweet & sour taste to it. But on top of that, it has many health benefits, as listed below.

First of all, its antioxidants properties seem to be higher than red wine and tea. Pomegranate provides vitamin B6 and vitamin C. Additionally, it slows down cellular aging, as well as improves blood circulation.

I am confident in saying that garlic is one of the few foods on the list which people actually already cook with. It is used in so many recipes to bring some flavor to meals, and if you’re not already using it regularly, you might want to start! Why do you ask? Well, because it is also considered a superfood! Indeed, garlic is a natural anti-inflammatory because it is one of the foods that hold a high amount of sulfur compounds, which is also a respiratory decongestant. So next time you add garlic to your meal, pat yourself on the back, your body will thank you later.

Another basic, staple food that is considered a superfood: is eggs. As eggs are often inexpensive, it definitely makes healthy eating more accessible. As you probably know already, eggs are huge in protein, 13g for 100g of eggs to be exact. But furthermore, it also holds vitamin D, A, B2, B5, B9, B12, F, and K. Over and above that, it also provides you with other nutrients such as zinc, magnesium, potassium, iron, and calcium. Healthy doesn’t always have to mean foreign and expensive!

Originated from South America, and especially from Bolivia, Ecuador, and Peru, quinoa has grown in popularity for its nutritional properties. As a matter of fact, you might want to swap rice for quinoa. Truly. Quinoa has a lot of fiber, as well as protein, and is also gluten-free. Nothing not to like!

Blueberry is the fruit that has the most antioxidants, how crazy is that? But that is not the end. It also has a lot of fiber, potassium, phosphorus, as well as many vitamins such as C, B, K, A & E. Rumor has it that eating blueberries could also help reduce abdominal pain and improve eyesight.

Known for its spicy taste, ginger is also a very healthy food. But what makes it a superfood? Ginger has been used in China for its health benefits for decades. Apparently, it is good to eat ginger whenever you have a cold, a sore throat, or nausea. If you suffer from osteoarthritis, it might serve as pain relief as well. Just like garlic, it is also considered to be an anti-inflammatory.

One of the oldest leguminous plants on Earth, lentils are nowadays especially appreciated by vegetarians and vegans for all the nutrients they bring to the table. Lentils are also pretty common in Indian cuisine. They are full of iron and rich in protein and fiber. They also provide manganese, vitamin B, zinc, and copper. Consider adding this superfood to your diet, especially if you have an iron deficiency!

One of my personal favorite vegetables, Artichoke. Not only does it taste absolutely delicious, but it is also a perfect vegetable to detox your body. As a matter of fact, it has been praised by the Greek and Roman civilizations for decades for its medicinal properties. It apparently helps reduce cholesterol levels, improves brain function, strengthens bones, and provides vitamin C and K.

If this image looks familiar to you, it might be because you have seen it, or a similar-looking one, all over your Instagram and Pinterest feed a few years ago. What is that pink bowl made of? Berries, known as Açai berries, come from a certain palm tree found in Brazil. They are full of antioxidants and help increase your energy levels thanks to vitamin B, which is the reason why this bowl is often eaten for breakfast. Vitamin E, which açai berries also contain, is meant to protect your immune system.

What is turmeric? Turmeric originated from South Asia and Southeast Asia and is the main ingredient to make the now-famous meal that is curry. It has also been used in traditional Indian and Chinese medicine for its antioxidant properties. It is said to relieve different kinds of pain, and stress, as well as improve the overall immune system. Now that you have this knowledge, you’ll never feel guilty for ordering curry as a midnight snack ever again. Or try to make it yourself following this recipe!

These berries, known as goji berries, originate from China and have grown in popularity within the Western world during the past few years for their antioxidant benefits. According to Chinese traditional medicine, they help improve kidney, liver, and lungs health. They contain a lot of vitamin C so you might want to try eating some if you have been feeling tired. It can also have a positive effect on the skin’s elasticity, delaying the signs of skin aging.