The use of spices in South Asian Cuisine 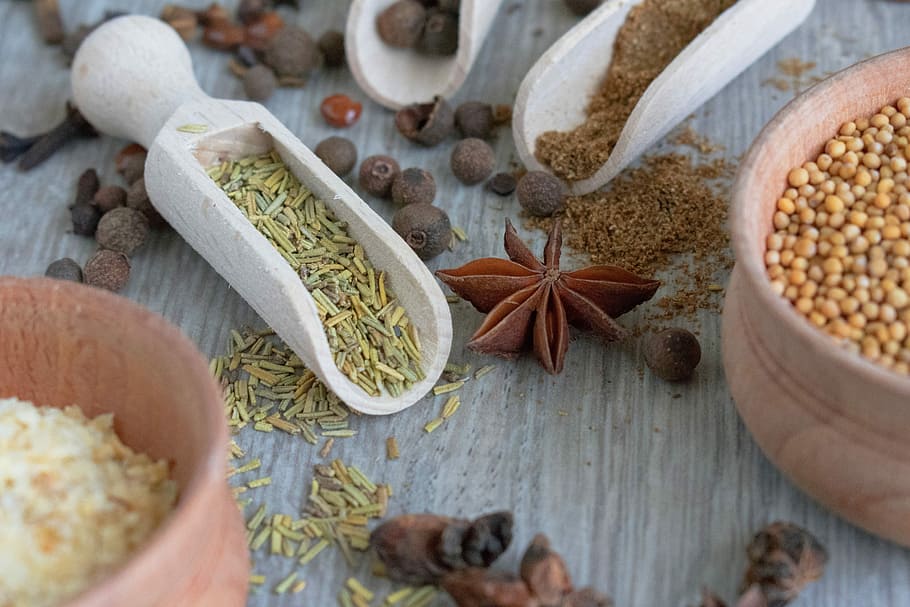 South Asian Cuisine includes cuisines from the southern part of the Asian subcontinent. Because South Asia is such a large continent, the cuisine culture differs greatly. We cannot simply put the variety of cuisine in the area under one umbrella term because each of them is unique. One thing that is common among the foods of South Asia is the use of Spices. Spices play a vital role in South Asian cuisine for a long time. Foods in this area of the world are flavored with various types of chili, black pepper, cloves, and other strong herbs and spices and often with flavored butter and ghee. These are some of the most valuable items in the kitchens. Spices are employed as flavoring, coloring, and preservation agents and boost the palatability of foods in South Asia.

South Asian Cuisine is popular for its hotness and spiciness and that comes from the various variants of the chilies used in the food. Hot chili, red, green, and yellow chili, sweet pepper, and other chili species are commonly used in cuisine and have varying levels of spiciness. Chilies can be fresh or dried, or pickled in vinegar, in any meal that calls for a kick of heat.

All the major and popular South Asian Foods always have Chillies in them. This explains the chokehold chilies have on South Asia. This spice has the ability to aid in the burning of extra fat and the removal of toxins from the skin through sweating.

We South Asians adore colors, and Turmeric provides us with enough ones. Turmeric is a tall plant that grows throughout Asia and Central America and is the golden spice. Turmeric on shelves and in spice cabinets comes from the plant’s ground roots. It’s a vibrant yellow color. As a result, it’s employed as a coloring agent in a variety of foods. Turmeric also has various benefits. It has anti-inflammatory properties, relieves pain, improves liver function, and also helps digestion. It is also used in various ayurvedic medicines. So, the use of turmeric in everyday South Asian foods is a very intelligent practice that has been going on for ages.

Ginger is another crucial spice that South Asians should always have in their kitchen, as it can be used in everything from Pakistani biryani to Assam fish curries. It’s available in both root and powdered form. Ginger has medicinal properties, so using it in your recipes whenever feasible is a great idea. In many south Asian households, we add ginger to tea to enhance the flavor. Ginger is used to treating a variety of ailments, including menstruation cramps, diabetes, migraine headaches, and more. Ginger is also used in winter dishes and soups to provide warmth, and it is a common practice in South Asia.

Cumin is a popular ingredient in meat rubs, marinades, soups, and slow-cooking meat dishes because of its distinct aroma and flavor. It’s also added in lentils to make them taste better. Cumin has a warm, earthy scent and flavor with a hint of sweetness and bitterness. To get the best flavor out of the seeds, they must be toasted whole. Whole cumin seeds should be used early in the recipe to allow the spice’s essence to release; adding them to a hot broth or oil will allow the aroma and flavors to disperse throughout the dish. Similarly, ground cumin is a staple in a variety of spice combinations, including curry powder. Cumin has been used for centuries for its medicinal properties, including easing digestion and breathing while also strengthening the immune system.

So, how do you incorporate cumin into your cooking? Try adding cumin to eggplant, dahl meals, tamarid chutney, or just about any vegetable you’re cooking!

Cinnamon is a spice manufactured from the inner bark of the Cinnamomum tree, which has a scientific name of Cinnamomum. It has been a food ingredient for thousands of years, dating back to Ancient Egypt. It was once considered a kingly gift because it was uncommon and expensive. Due to its distinct scent and flavor, cinnamon is the ingredient in both sweet and savory Asian dishes. Moreover, Cinnamon comes in a wide range of flavors. Cinnamon can be used in a variety of ways, including to flavor Pakistani lamb and Nepalese kheer.

Star Anise is commonly used in South Asian Cuisine as the aromatics. Similar to licorice, fennel seed, clove, and anise seed, star anise has a strong, distinct flavor that is warm, sweet, and spicy. The flavor of star anise pairs well with chicken, duck, beef, and pork dishes served during South Asian festivities. Fried Rice, Mango Biryani, Vegetable Korma, Honey-Glazed Pork, and Pakistani Spicy Chicken are all great ways to incorporate them into the menu. Star Anise is also used in tea in various parts of South Asia. It is believed to have in respiration and digestion. It is also used in various baked Asian desserts and pies.

Saffron is one of the most coveted spices in the world, noted for its distinct color and aroma. We should opt for saffron with a brighter, more intense color when purchasing it, as this indicates a greater scent. Saffron can be used to color and flavor rice, pork, fish, and Indian biryani dishes. The exact flavor of saffron is difficult to define. It’s smokey, heady, and dazzling all at once. Floral, though a little musty. It’s earthy, yet it’s also sweet.

Despite its intricacy, saffron pairs exceptionally well with a wide range of different dishes, including rice and pasta, vegetables, meat, and even dessert. Saffron Milk is a very popular drink in India. A glass of kesar doodh(Saffron Milk) can also aid with joint problems, asthma, and a few mild allergies caused by the weather. It also helps to get good sleep.

Garlic is an important component in many South Asian cuisines, and it can be found in every recipe that calls for frying vegetables and meat. It’s also a must-have in soups, chili pastes, and spicy salads. This includes pickled garlic, garlic plants, and fried chopped garlic to spread on top of the food. Garlic is a deity in South Asian cuisine. It’s minced inside naan bread and diced up in dips; it’s used in paste form to give flavor and thickness; tangy pack-a-punch bits are sprinkled on meats, and it’s used in paste form to add flavor and thickness. Simply put, it’s not your typical seasoning.

Garam masala is a very popular seasoning in India, Nepal, Pakistan, and Bangladesh. It’s actually a blend of dried spices like pepper, cinnamon, nutmeg, cardamom, cumin, coriander, tej patta, and others. It’s a popular ingredient in a variety of cuisines, including Chana Masala and other quick snacks. While your onions are frying or your sauce is simmering, add one to two teaspoons. It’s sometimes used as a garnish.

It’s unlike any other spice in that the components used to manufacture it differ greatly from place to region, and thus the flavor does as well. Some have a lot of fennel, while others have only a little, but no matter what meal you eat in South Asia, this spice, or a combination of spices, will almost certainly be present.

Fenugreek is one of the most delicate South Asian spices. The seeds of fenugreek are bitter, yet they provide a lot of health benefits. This Indian spice “smells like curry,” as per some. This spice may be the most important of all Indian spices. In a family-size meal, use up to a few tablespoons near the end of the cooking time, but start with a teaspoon. Fenugreek seeds provide numerous health benefits as well. It helps in weight loss and also reduces the risk of diabetes.

The leaves of Fenugreek are a green aromatic spice with a lovely maple-like scent and are less prone to bitterness. The leaves can also be consumed as a side dish after cooking with potatoes.

How to use South Asian Spices in Cuisine?

Spices can be tough to handle at times because each species is unique and is added to the food at a different moment during the cooking process. The first step usually involved marinading.

Yogurt or another acidic ingredient, as well as spices, are commonly popular in marinating. This is applicable to butter chicken, tikka masala, and many other traditional South Asian meals. This step usually involves a mixture of ground spices like turmeric, garam masala, cardamom, coriander, and cumin.

The spices are fried in the oil in low heat to prevent them from burning. Frying them infuses the flavor and makes the spices more flavourful. After the oil has been imbued with spice flavor, the onions are added. Add ginger, garlic, leeks, chilies, and ground spices like garam masala, ground cardamom, coriander, or black pepper to the onions.

Finally, when adding sauce ingredients to a South Asian dish, such as coconut milk, milk, cream, tomato sauce, tomatoes, or tomato paste, you can add more spices at this point, such as turmeric, paprika, and Indian red chili powder, to balance out all of the flavors you’ve already added.

Do you want to read more about Asian Spices? Click here.