Barbecue Styles & Traditions Around The World 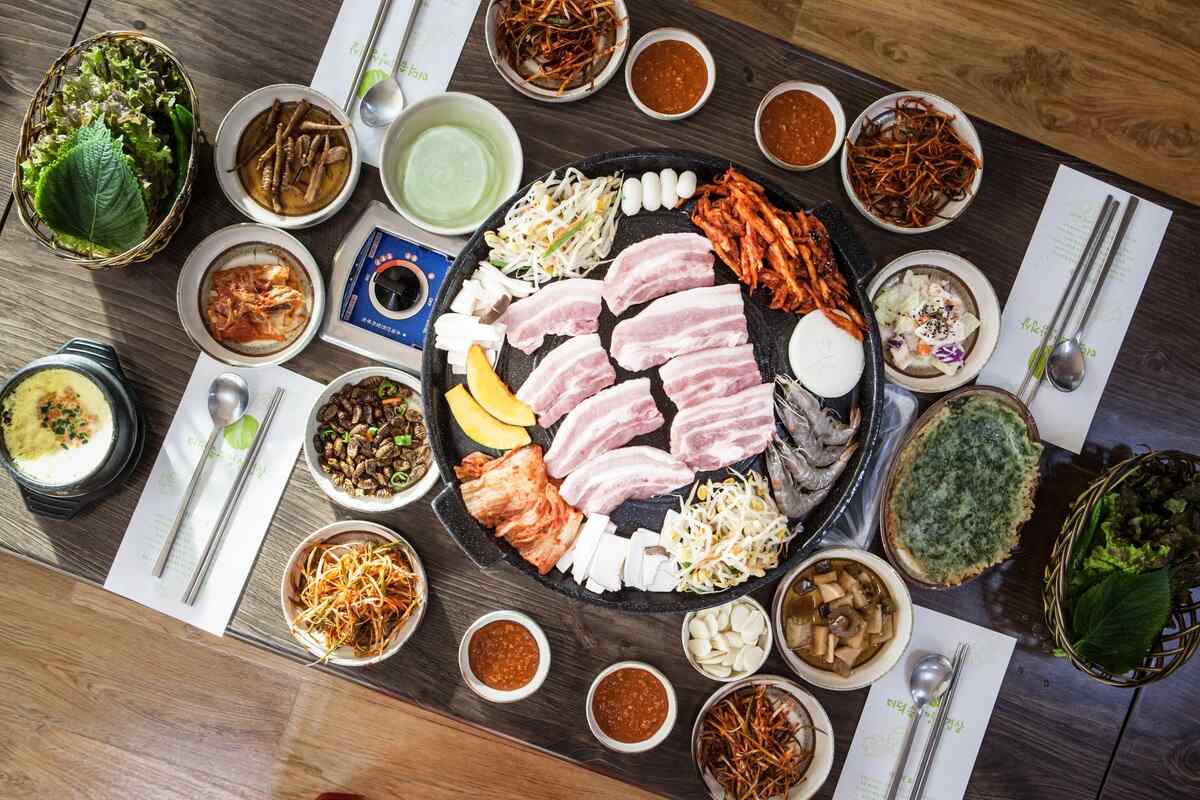 With the days getting warmer and the summer quickly approaching, we are all looking forward to eating outside under the sun with our friends or families. Nowadays, people all over the world share this passion for these types of friendly gatherings, simply in different ways. The word “barbecue” might have a set definition in the dictionary, however, it is up for interpretation. If you ask ten people over the world what they think a barbecue is, you will probably get ten different answers. In this article, I’m going to explore some of the different barbecue styles & traditions around the world. Keep an open mind as some of these styles might not be what comes to your mind when you think of barbecue, and that’s okay!

If you’ve never tried Korean barbecue, run to Google to find the nearest Korean BBQ restaurant! Trust me! Usually enjoyed at a restaurant more than in your backyard, the tables have built-in grills where you can grill and cook your meat. What kind of meat do they use? The most popular ones would probably be Samgyeop-sal (pork belly), Galbi (beef short ribs), or Bulgogi (beef strips).

The waiters serve you the raw meat on a plate but it is your responsibility to cut it with big scissors that will usually be on the table. On the table, you’ll also have Ssamjang which is a sauce made of soybean paste and chili paste, as well as perilla leaves and lettuces. The most delicious way to eat these thinly cut pieces of meat is to put some Ssamjang on it and wrap it with the lettuce and/or perilla leaf. And we can’t forget the side dishes that some would consider the best part of Korean cuisine! Some side dishes that you will find on a Korean BBQ table would be rice, kimchi, spinach, or radish. Pair it with some soju and beer to make the experience even better!

We can trace the origins of the American barbecue to the first people on this land, Native Americans. They figured out a way to cook meat with green wood – meaning unseasoned wood, not completely dry. By cooking the meat indirectly over the fire, it kept it from burning. We call this type of barbecue a pit barbecue.

Barbecue is way more than just a normal meal. Indeed, in the United States, it has become a culinary tradition. In order to prove this, we can take the fourth of July as an example. Indeed, although people do not need a special occasion to serve barbecue, it is common to gather around one for Independence Day.

Nowadays, every state has its own specialty. For instance, Texas likes to grill beef, whereas Kentucky prefers lamb. But especially, you can find 4 predominant barbecue styles in The United States.

Both North and South Carolina barbecue styles consist only of pork meat. The differences which can be found lie in the way the pork is being prepared. Indeed, you will sometimes see whole hogs on smokers, or on the other hand, precut pieces. The residents of these states mostly like a vinegar-based sauce or a mustard-based sauce.

Kansas barbecue does not limit itself to only one kind of meat, in fact, the more the merrier can be a good phrase to explain a plate of Kansas barbecue! Be it pork, beef, lamb, or even chicken, as long as it is slow-smoked and served with a thick tomato-based sauce, it is all that really matters.

In Texas, there are different barbecue styles within the same state! However, the most popular one is probably the South Texas barbacoa due to its Mexican influence. Indeed, the barbacoa uses the cow’s head, which originally used to be buried underground, with agave leaves covering it.

That is to say, barbecue is taken very seriously in the United States and the American barbecue has inspired many types of barbecue in the world.

We don’t talk enough about the mouth-watering dish that is Ayam Bakar, which you can also find in Malaysia. Literally, Ayam Bakar translates to roasted chicken, but it is grilled using charcoal which I felt was enough to label it as a type of barbecue.

What makes it different from your usual roasted chicken breasts, you ask? Most definitely the special sweet and spicy sauce that comes with it. The sauce is typically made with garlic, red onions, chili peppers, and sweet soy sauce. However, many variations exist as the recipe changes quite a bit depending on the region. For instance, you will probably find coconut oil in the sauce if you eat it in the region of Java.

Another flavorsome, grilled meat you will find in Indonesia is Satay, or chicken skewers with a peanut sauce. Although simple, satay‘s flavors will tingle your taste buds! You don’t even need to particularly use chicken as lamb, pork, beef or even tofu will do the job just as well.

Thai barbecue is more similar to Korean barbecue than American barbecue, although it uses charcoal as well. The cooking method is called Mu Kratha, which also looks similar to the Chinese hot pot. This cooking method is popular all over South East Asia but originated in Thailand. Just like both the Korean barbecue and the Chinese hot pot, you’re able to cook things directly on the table. The meat (usually pork, however it depends on your preference) sits on the top of the “grill” while you prepare a broth at the same time on the sides. It is also common to use fish and other seafood in this dish, as well as a variety of vegetables. This dish is particularly appreciated while eaten outside, with a large number of people, at a buffet-like outdoor restaurant.

Obviously, many other regions of the world have excellent barbecue styles, such as Brazil for example. Which barbecue style do you want to try out the most?

If you’re looking for other summer meal ideas, check out this post.