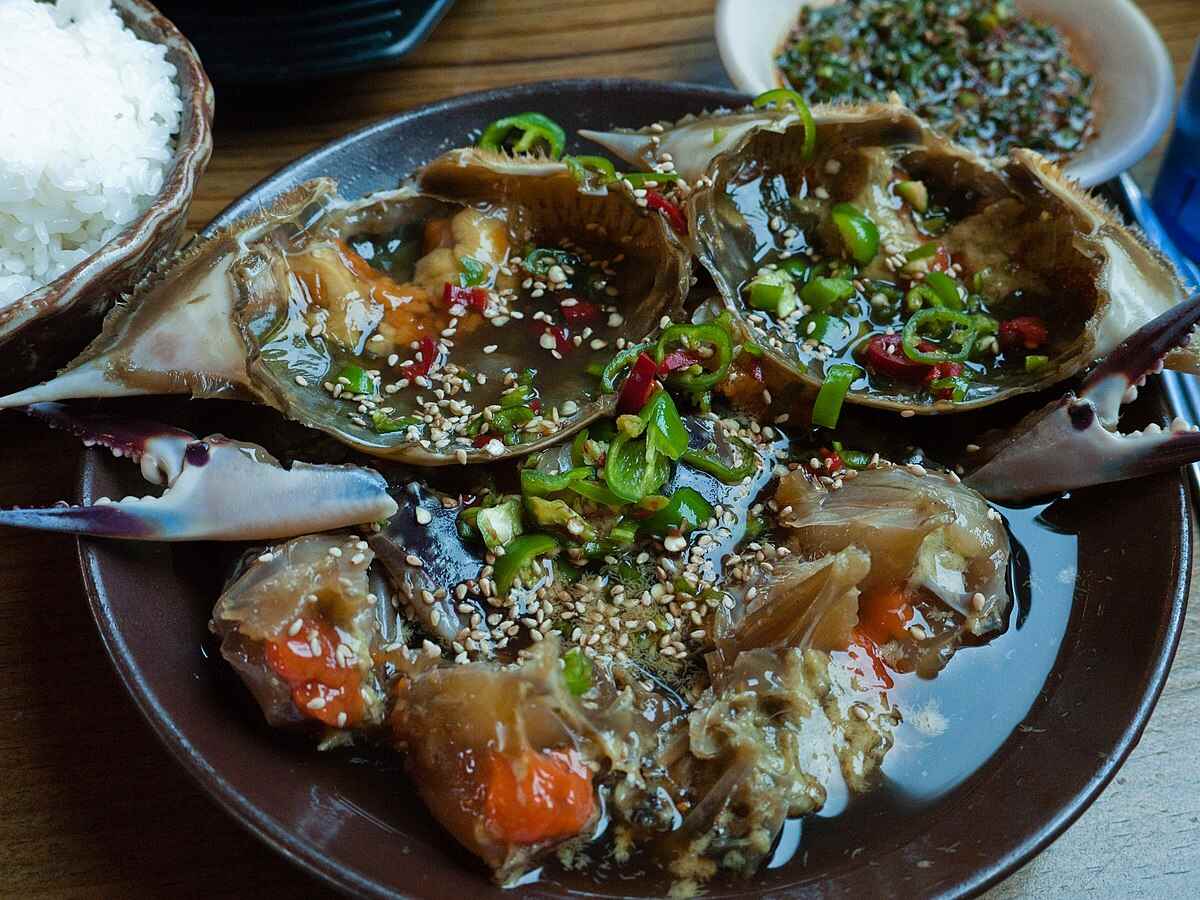 Every country and culture has traditions, customs, and dishes that others would consider “weird“, or strange, simply because it is foreign to them. France has snails and frog legs, China has snake soups, and South Korea has… well, let’s see, shall we? If you want to try some weird Korean food, you should know what to look for. Keep reading to find out!

Sannakji (산낙지) is a traditional Korean dish, that just as its name indicates, is eaten alive. Well, sort of. More precisely, the octopus is cut into tiny pieces while still alive and served immediately. As a result, the pieces of octopus on the plate are still moving because of the nervous system still being active. This dish is definitely not the faint-hearted or picky eaters. However, be careful if you ever want to try it, as some sources say that approximately 6 persons die by eating Sannakji each year. Indeed, as the tentacles are still active, it is recommended to chew for a good amount of time before swallowing them to prevent the tentacles’ suckers to attach and get stuck in your throat.

Some people eat it whole without cutting it or cutting only the head. If you want to see it for yourself, check out this video.

Can you guess what this weird and disturbing phallic-looking food is? As its English name “penis fish” indicates, it is a marine animal, which we also sometimes refer to as spoon worms. We can find this worm 100 meters deep in the sand, near the Chinese, Korean and Japanese coasts.

In order to eat it, you would most likely order it raw, and just like the live octopus we spoke about earlier, you would see it move on your plate. As for the taste, people have said that it tastes a little bit like the French andouillette (which, believe me, is also particular and not for picky eaters).

After the other two dishes, this one is pretty tame in comparison. Sundae (no, not the ice cream) is a Korean blood sausage made of cow or pig’s intestines and stuffed with sweet potato noodles, rice, different kinds of vegetables, and sometimes even minced meat.

This dish is actually extremely common and popular and although the idea of eating an intestine sausage might make some people run away, a lot of other cultures have the same concept. How popular is Sundae? Well, Seoul has an entire neighborhood unofficially dedicated to it. Indeed, more than 30 restaurants that specialize in Sundae are registered in the Sillim-dong neighborhood.

Have you ever tried eating… worms? No, not the spoon worm we’ve just discussed, but silkworms. Although we’ve covered the topic of Korean street food before on our blog, we have yet to talk about this one.

The silkworms are, indeed, a very popular Korean street food. The street vendors either boil or steam it. You can also find beondegis in a can form in many supermarkets and convenience stores. Not only unique to South Korea, you will also be able to find edible silkworms in many parts of Asia such as Thailand, Vietnam, China, and Japan to cite a few.

Do you like chicken? If you answered yes, then how do you feel about chicken’s feet? That’s right. Many cultures would not think about eating this part of the chicken, but it is a delicacy in some parts of the world such as Jamaica, Thailand, Mexico, as well as in South Korea. If you order Dakbal in a Korean restaurant, you will usually receive it in piles. Beware of the spicy gochujang sauce it is covered in. If you don’t generally handle spicy food well, this meal definitely isn’t for you. If you like the spice and don’t mind chewing on bones, however, you’ll love it.

As you have probably noticed by now, Korean people are big on seafood, and raw seafood especially! Essentially, Ganjang-Gejang is a dish made of fermented fresh crab that is eaten raw. To prepare it, one must first wash the crab, salt it, and let it undergo fermentation in a terra cotta pot. There is an expression associated with this dish that says “Ganjang-Gejang is the rice stealer” because of how quickly we eat our rice when it has this raw crab as a side dish. Although a quite simple dish, there exist nowadays fancier versions where we stuff the crab with rice and vegetables. Since Ganjang-Gejang is a fermented dish, it is actually possible to keep it for a year as long as we conserve it well, just like the famous kimchi.

Although Bokjili is poisonous as well, there are not any regulations as to who is allowed to prepare and serve it. It is also way cheaper than fugu. Many compare the texture of the blowfish to one of cotton candy. Would you take the risk to try it?

Unlike some other dishes on this list, I’m sure this one might seem less strange than let’s say, the live octopus. Indeed, eating an animal’s intestines is not really that uncommon, although you usually either love it or hate it.

Gopchang has the shape of a tube and usually refers to either beef or pork intestines. People like to eat it grilled on a barbecue, steamed in a pot, or use it to make a sundae. As I said before, gopchang is usually a black or white situation when it comes to preference. They hold quite a strong taste and a pretty chewy texture. I have never met someone who is just okay with eating intestines, have you? Although if you love them, you’ll find them pretty much all over Seoul.

What was, to you, the weirdest Korean food on this list? And which ones are you willing to try out?