Ranking the Best Seafood in Europe 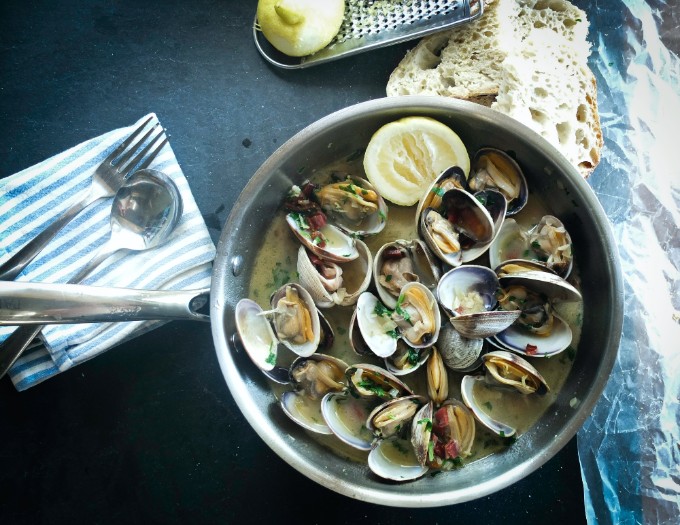 This list attempts to rank the most beloved seafood on the continent. Ranking the best seafood in Europe is an impossible task, of course, as there are thousands of seafood dishes. However, hopefully you can gain something here which will help you when deciding on what holiday destination in Europe to travel to next, or what to order when visiting the next seafood restaurant on your list, such as Ramiro, Yu Seafood Yorkdale, or Kotter Seafood. Of course, the contents of the menu depend on what area of the world you are in, so you are unlikely to find these dishes in the likes of renowned restaurants such as Prime Seafood Palace or Blu Seafood House.

Nevertheless, this list includes some historically renowned dishes from places whose people have spent thousands of years perfecting the art of seafood cuisine. From hearty lobster dishes like Astakos tis Skhara fished in the pristine Mediterranean waters of Greece, to the celebrated Amêijoas à Bulhão Pato found in the icy Atlantic off Lisbon, this list will take you around Europe and introduce you to continentals’ favourite and most decorated coastal delicacies

Mejillón de Galicia is a dish of fresh mussels with bright orange flesh and a first class culinary delight. They are cultivated in a very traditional way using rafts. From December to April, the mussel seeds are collected along the coast. Between March and June, the seeds are implanted in the rafts’ ropes. The mussels grow on these ropes, which are suspended around 12 meters deep. Then, in July every year, they are harvested, inspected, and packaged in a controlled atmosphere to protect their delicious flavour.

This dish originates in the Galician provinces of Pontevedra and A Coruña. Interestingly, Galician mussels have certain characteristics that distinguish them from common mussels. The rich phytoplankton of Galician estuaries gives the Galician mussels an exceptional colour, flavour, and texture, and allows them to reach larger sizes in less time. The muscle season lasts from July to February. Usually, in the summer months, production is destined for the canning industry, while from autumn on, efforts are focused on mussels for sale fresh. Hence, popular tradition has it that seafood is best consumed during the months with an “r”.

Astakos is simply the Greek name for lobster. There are two species of lobster found in the Mediterranean Sea, including the European lobster, the Mediterranean slipper lobster, and the European spiny lobster, also known as crayfish or rock lobster. The European lobster has a blue carapace, a yellow underside, and large claws and eyes. It lives in offshore waters and shallow sublittoral areas and is known for its sweet and tender flesh.

The Mediterranean slipper lobster, on the other hand, has transparent and whitish insides and a peachy texture. It is rare, however, to find this crustacean on offer, as its numbers have dropped significantly due to overfishing. The spiny lobster is distinguished by a white underside and orange-coloured body, along with a pair of small claws that resemble hooks and long antennae. It is known for its firm tail meat and usually has a brownish colour. Any of these lobsters can be used when preparing Astakos tis Skhara (Greek style grilled lobster). This dish involves boiling and grilling the lobster and adding wine vinegar, olive oil, honey and coriander.

Espetos is a Spanish tradition which dates back to the 19th century, when surplus fish were skewered and grilled by fishermen over a pit of coals in small boats on the beach. Anyone who has visited the South of Spain may be familiar with seeing this practice as it is particularly popular in the province of Malaga, where they can be eaten in the chiringuitos (beach bars). These grilled sardines are a simple dish, only seasoned with olive oil and salt, and sometimes a little lemon juice, but delicious nonetheless.

The story of the modern espeto has it that King Alfonso XII was introduced to the meal in 1884 by chef Miguel Martinez Soler who insisted that the king need only use his hands to eat the sardines, to which the king obliged, and he enjoyed the dish enormously. May to August is said to be the best time to enjoy espetos as the fish are fattier and more flavoursome. You can enjoy your espetos along with a beer or a Tinto de verano at the chiringuito.

Caldera is another lobster dish, this time from the Balearic Islands. In Menorca, you can enjoy a blue spiny lobster. In Majorca, the locals claim their light red lobster is superior. Nonetheless, either lobster will suffice when having caldera de llagosta, the famous lobster stew which the Spanish royal family are known to travel to Menorca to feast upon. The dish involves adding sofrito, onions, tomatoes, garlic and parsley to boiled lobster and eating with thin slices of bread. Because the local lobsters are protected however, you will not find this dish served outside the spring and summer months, as strict laws prevent the lobster being captured between August and March.

Finally, at number one, we have Amêijoas à Bulhão Pato, one of the many specialities of the beautiful coastal capital city of Portugal. Lisbon is located in the Bay of the Sea of Straw where the Tagus Estuary is located. Therefore, along with the fact that Portugal is bordered by the Atlantic Ocean, Portuguese gastronomy is characterised by fish and shellfish. Amêijoas à Bulhão Pato is named after a poet, gastronomist and epicurean from the 19th century, Raimundo António de Bulhão Pato.

The dish can be served as either an appetizer or main. Moreover, it is relatively easy to make. Amêijoas à Bulhão Pato combines clams with a rich and ambrosial sauce made up of garlic, cilantro, salt, pepper and white wine. Lemon juice is then drizzled over the dish. Bread is served on the side to soak up the remains of the sauce.

Food is a huge part of many cultures and therefore it is something which can be enjoyed even more when learning about its history. Knowing the story behind some of the most famous seafood dishes in Europe, helps to give a picture of its origins, the process of bringing it to one’s plate and gives a full sense of appreciation when enjoying a meal. These dishes are among the finest in Europe and I hope that you gained even a small parcel of knowledge that will help you when selecting your next seaside destination, seafood restaurant or even seafood recipe. If you wish to learn more about Europe’s best seafood destinations, check out https://trulyexperiences.com/blog/europes-best-seafood-destinations/.