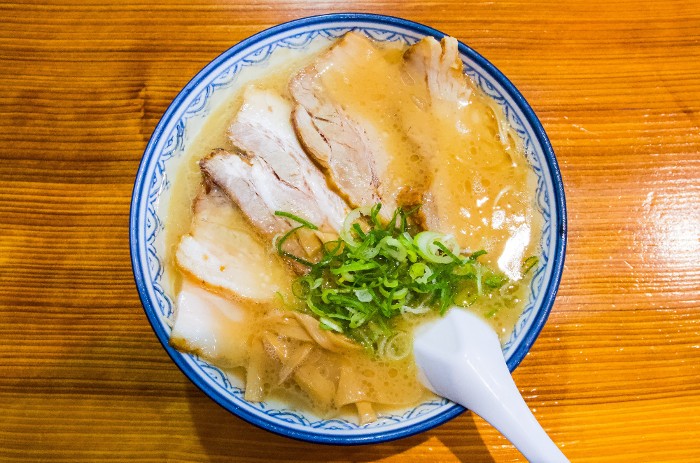 The land of the rising sun has produced some of the most sought-after dishes in the world, as evidenced by their 1st place ranking in countries with the most 3-starred Michelin restaurants. Japanese cuisine places a strong emphasis on seasonal ingredients. It is based on rice with miso soup and other dishes, as well as staples including soba and udon noodles. Seafood forms a significant part of Japanese cuisine as well.

Japanese cuisine has historically been influenced by Chinese cuisine, but in the modern era has opened up to Western influences. As a result, meat has become a more prominent part of the Japanese diet, which was historically shunned due to the country’s adherence to Buddhism. Fish, however, has provided the main protein source for meals due to Japan being an island nation. Unlike many national cuisines, spices are used minimally and oil and fat are usually avoided. This is part of the reason why Japanese cuisine is associated with health and longevity. Japanese people aim to keep as healthy a lifestyle as possible. Moreover, despite chopsticks being associated with Japanese cuisine, for many years they were used only by the nobility and the majority of Japanese simply used their hands.

Shun refers to the seasonality of food and in Japan, dishes are designed to herald the arrival of the four seasons or calendar months. Shun means taking advantage of the “fruit of the mountains” and “fruit of the sea” as they come into season. Therefore, the first catch of skipjack tunas that arrives with the Kuroshio current has traditionally been greatly prized.

Japanese cuisine combines the staple food (white rice or gohan) with one or more okazu, which is a main or side dish. A clear or miso soup may then be included alongside this. It is usually quite salty due to the use of ingredients such as miso, soy sauce and umeboshi. A lot of these ingredients won’t be found at your local supermarket so you will most likely need to pick up the items at an Asian market. So, lets take a loom at some of the most popular Japanese foods.

1st up we have one of the most popular ramen dishes right now – tonkotsu ramen. This recipe will take up a considerable amount of your time. It takes 12 hours to prepare. The ingredients include the following:

Put it all together

This is a simple rice dish which is a staple breakfast dish in Japan. It is a fluffy, sticky rice that you can top with pickles, spring onions, nori or katsuobushi flakes.

Dango is a Japanese dessert. It is commonly enjoyed during the cherry blossom viewing season in Japan which coincides with the beginning of spring. The three colors symbolize the pink of the spring cherry blossoms, the white of the winter snow, and the green of the summer grass.

Simply stir together ketchup, Worcestershire, soy sauce, mirin, sugar, mustard, and garlic powder in a small bowl. You can either use straight away or you can store it in an airtight container in the refrigerator for up to a month.