Mousakas recipe: Ηow to make it easy? How to make a vegetarian version? 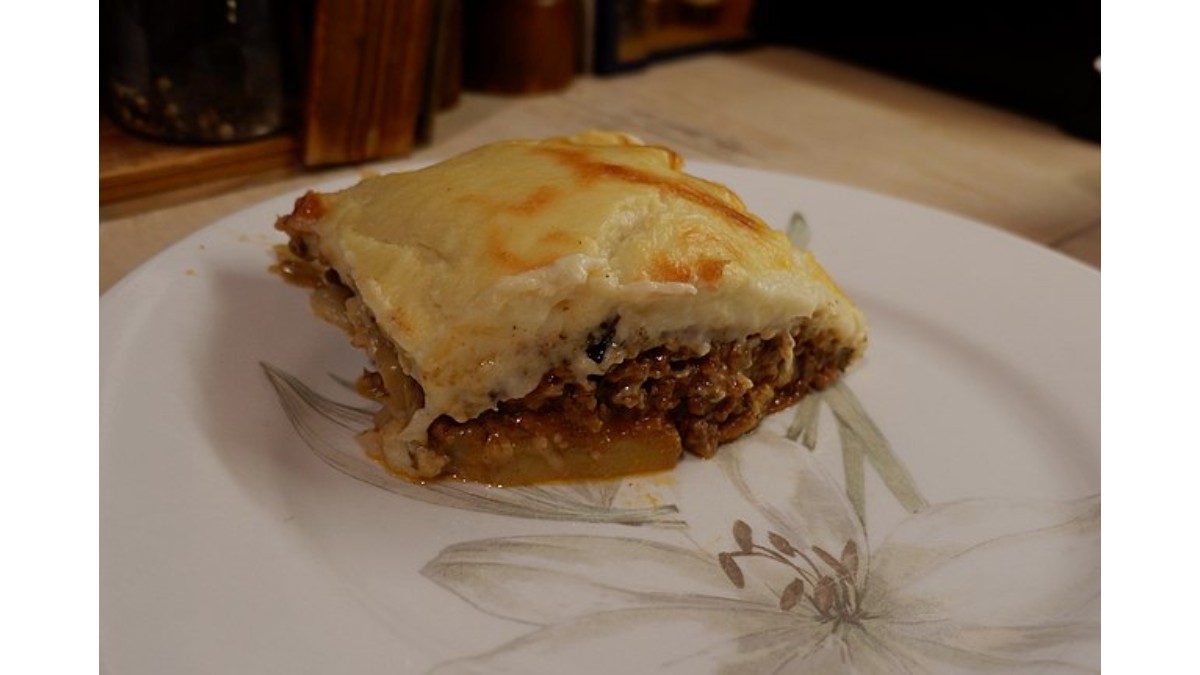 If you do not know mousakas, it is time to learn some facts. It is one of the many greek traditional foods and is served in numerous restaurants and taverns in Greece. Basically, there is no menu without mousaka inside. But it is hard to make, because the preparation takes a lot of time. So, you should be ready to face any difficulty as long as you make a progress with the recipe. Moreover, Ι am here with you to make your life easier. Ι will give you two simple recipes for this meal. The first one will be for the classic mousaka and the second one will involve the vegetarian version. For those who do not like meat, do not worry!

Firstly, it is a roast which includes meat and eggplant. The second main ingredient must be fried and cooked with tomato sauce. Also, there are many alterations, where you can add some vegetables, for example potatoes. The chefs use minced meat and it must have the shape of dice.

As far as we know, mousaka came from Ottoman Cuisine and the Arabs contributed with the addition of eggplant. Then, it became the main ingredient. In the 13th century, the dish was mentioned in a medieval Αrabic cookbook “A Banghdad Cookery Book”. The mousaka has acquired popularity over the years, due to the references of an Ottoman poet Ibrahim Tirsi in the 18th century. The origin of its modern name was held by Mehmet Kamil in 1844, who had the chance to translate it into English. Also, he managed to present it to the “Turkish Cookery Book” in 1862.

Since the Ottoman reign ended, the Greeks wanted to dispose of the Turkish influence and came up with the idea of their version. Subsequently, they inserted a thick layer of white sauce with the name “bechamel”, which corresponds to a more western impact. Nevertheless, it was not something new. There had been some references in a cookbook from the 13th century. The dish was “buraniyya” or “al-jami’a” and the cooks garnished it with a thickened sauce, which resembles the Greek variation.

Some experts declare the implementation of that dish to the English Language in 1862 as “Muzakka” from the Arabic word (musaqqa’a). It is translated as fluid food. They suggest that it means cool, while other believe that means flat.

I will explain to you step by step:

How to make the Bechamel

For the yoghurt bechamel

You follow the previous procedure for the beschamel, except for the addition of cheese and yoghurt.

In conclusion, these are two easy recipes for moussaka. You should be aware that the process needs a lot of time and attention. In case you are wondering about the results, you are about to be amazed by the taste and certainly the smell of the meal. Besides It is one of the most favourite dishes of the Greek people. Generally, they tend to eat them with their family. Lastly, the traditional mousakas (with meat) and the vegetarian mousakas are the most ideal foods for a night at a greek restaurant!

Make sure to press here for more gastronomy!