Raki what is it made from? What’s the difference with Οuzo and Τsipouro? 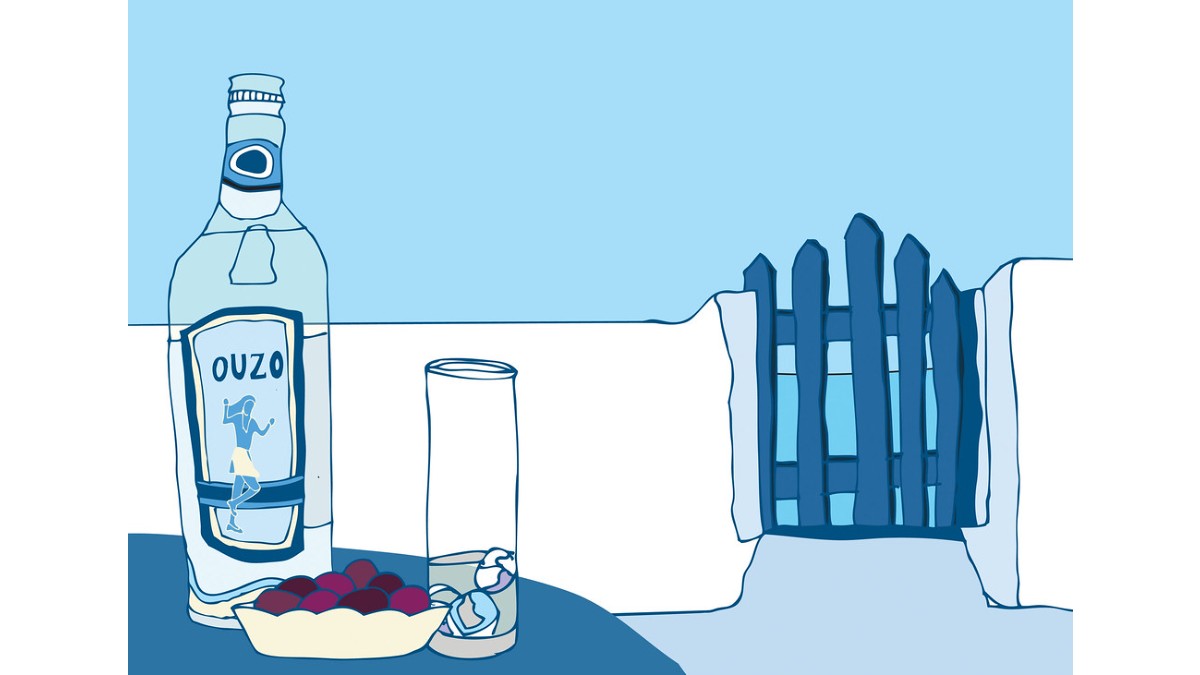 As you know, Greeks know to have fun and celebrate each occasion with alcohol. They can drink classic beverages, such as whiskey and vodka. But some people prefer to go at small restaurants and drink the traditional raki, ouzo and tsipouro. They combine the drinks with small treats. This combination is a cheap night out, while they chat and make fun of daily situations in their lives. Especially, the locals of Crete consider raki a medicine for common illnesses, for instance cold or cough. Although, these three drinks have some differences and it is very important to point them out. Raki has many variations and names. It spreads to the Balkan countries, as well as tsipouro and ouzo.

It is an alcoholic drink that the experts produce with the use of fruit stems or honey in the Balkan Peninsula, In Greece, the most famous drink that has similarities with raki is Tsikoudia. Tsikoudia is produced by grape stems in Crete and the greek islands, but in the mainland (Thessaly, Macedonia etc) the people call it Tsipouro. It has grown its popularity in other countries too. For example, in Slavic Balkan nations, is famous as “Rakija”. Moreover, turkish producers use the terms “Düz Rakı” to describe non-flavoured fruit spirits and “Anason Rakısı” is flavoured spirits with aniseed. Additionally, the word Rakhi originates from the Arabic language and the exact translation is sweat. In older days, it meant all distillates. In Bulgary the word has transformed into “Rakia – Rakija“.

We do not know the precise origins of Ouzo. It is assumed that there was a similar alcoholic beverage in antiquity. It became famous during the Byzantine Empire. While Ottoman Empire was rising, Ouzo became known in areas of modern Turkey and the Middle East. Once Greece was independent of the Ottomans, started to produce more quantity of this drink.

Firstly, there is no exact time for the start of its production. Some believe that it had begun in the 14th century by monks. As years passed by, it gradually expanded to the mainland of Greece. Furthermore, until the last decades of the 20th century Tsipouro was a homemade product and there was no mass industrial production. However, it is famous for various names: Tsipouro, Arak, Grapp. The experts distil the byproducts of wine. The etymology of its name comes from the distillation of grape marc. Epirus, Thessaly, Macedonia and Crete have a rich heritage in production.

The making of Raki

The kinds of Raki exist analogous to the first material. Usually, the distilled fruits are kohlrabi, plums, figs, quinces, cumin, grapes and certainly the grape stems. In the last year, the producers have been trying a new distillation with the use of prickly pears. In general, people make this drink with gathered grapes (in autumn). They collect it due to the remnant of the grape press from the winemaking procedure and then the distillation begins. It has an average of 30-40 percentage alcohol by volume.

The major distinction between tsipouro and ouzo is the method of production. The first one is obtained from the residues of vinification for example the chamboura and grape skins. The people brew these materials at a low temperature.

On the contrary, Ouzo is the result of the small distillation of grapes. The farmers use pure alcohol of 96% volume and either aniseed or pure anethole. It is a compound of aromatic, spices, fruits, nuts or plants.

The place of production has an impact on Tsikoudia and raki. They make Cretan raki in “rakidio”. The Tsipouro and Tsikoudia have the same process, except the producers used other ingredients in previous years. Basically, the absence of aniseed makes raki, tsikoudia and tsipouro identical alcoholic beverages.

Eventually, the production of these beverages requires lot of science, but also love for the local products. Ouzo is the traditional product of Lesvos, and particularly Plomari. Many locals try daily to hand out better product in their island and in other places. So, Raki, Ouzo and Tsipouro are popular.

If you have the urge to learn more facts about raki, press here!

There are more interesting articles about cooking here!