Żurek: one of the oldest Polish soups | History and recipe 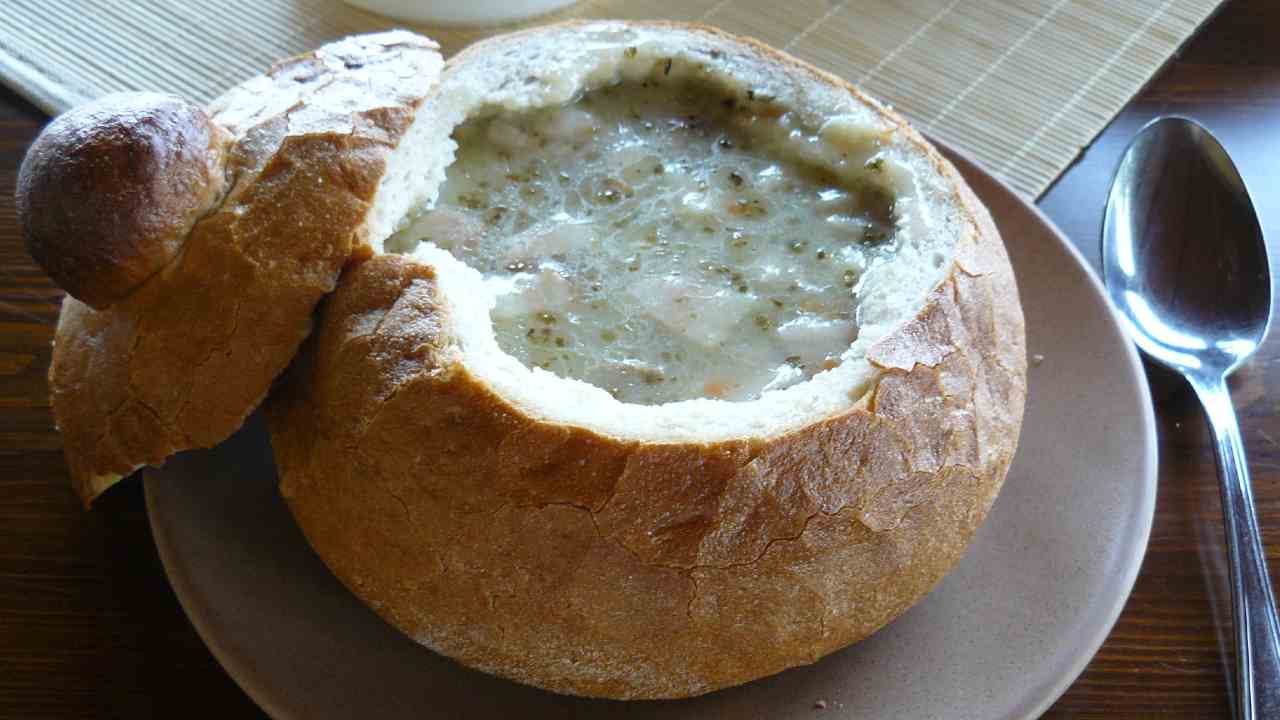 If one were to believe historical sources, two of the oldest Polish soups that can to this day be found on the tables all across this country are żur and barszcz. The following article will try to familiarize you with the former.

Żur, or fermented rye soup, has been enjoyed by the common folk since at least the Middle Ages. The name comes from the German sauer, and means, well, sour or pickled. Around the XV century, it used to refer to all of the dishes based on leaven, however, with time its sense appeared to be narrowing down.

As żur used to be very popular in Silesia (the southwest region of Poland), sometimes you can find claims that it is a Silesian soup. People from this region would eat a meatless version of żur for every meal of the day, especially during Lent. They even used to possess a pot called “żurok” intended especially for the żur soup starter. Nowadays, żurek is recognized as a traditional Easter soup across Poland. It is often served with white sausages, potatoes (boiled and cubed or mashed), and eggs. Sometimes, particularly on special occasions or in restaurants, you can eat it in an edible bread bowl.

Nobody knows for certain whether the names żur(ek) and barszcz biały should be used interchangeably. While some say that there is nothing wrong with such use of those terms, others say that there is a crucial difference between those two soups that renders them two distinct entities. Namely, to make the soup starter for żur one uses rye flour, not wheat, like in the case of barszcz biały. Moreover, the diminutive żurek is used for the “softer” version of żur: the one with added cream.

When it comes to the origins of this soup, it is said that żur was born out of poverty and/or thriftiness of people who had to make use of whatever they had left in their pantry.

According to one legend, żur was created by a poor old lady who had to prepare dinner for her husband but had nothing substantial to eat at her house. The only thing she found was some leaven, so she left it in a bowl submerged in hot water and left to find something to eat. On the fields, all she found were two small potatoes. Upon her return, she noticed that the soaked leaven elicited a pleasant smell. She decided to boil it with the potatoes, scraps of smoked bacon, and a bunch of old mushrooms. The soup turned out so good that the husband praised it to the neighbors who passed the story and the recipe further.

Yet another origin story of żur exists in the region of Greater Poland. In this one, żur is a result of a bet between a greedy innkeeper and a mysterious stranger. The latter was supposedly hired by the townsfolk angry with the innkeeper’s stinginess. When the stranger went to the tavern, he proposed he would pay a sack of gold for the worst soup ever. However, he would do so only if it did not cause indigestion. If the innkeeper failed, the stranger would take not only the recipe but also the whole tavern. Greedy as the innkeeper was, he agreed. What did he do? He added boiling water to the rye bread starter as well as threw in some smoked sausage, garlic, some vegetables, and old mushrooms. And he won – the stranger ate the whole meal and couldn’t believe how tasty and aromatic it was.

No matter who is responsible for creating this delicious and hearty soup, one thing is certain – it is now a staple in Polish homes and a must-try for all!

Ingredients for the leaven (OPTIONAL)

It is time-consuming, but don’t fret, you don’t have to prepare it. You can always buy a ready-made one in a Polish/Russian shop or on the internet.

Ingredients for the soup