The king of Polish cheese from Tatra mountains: oscypek | History and production 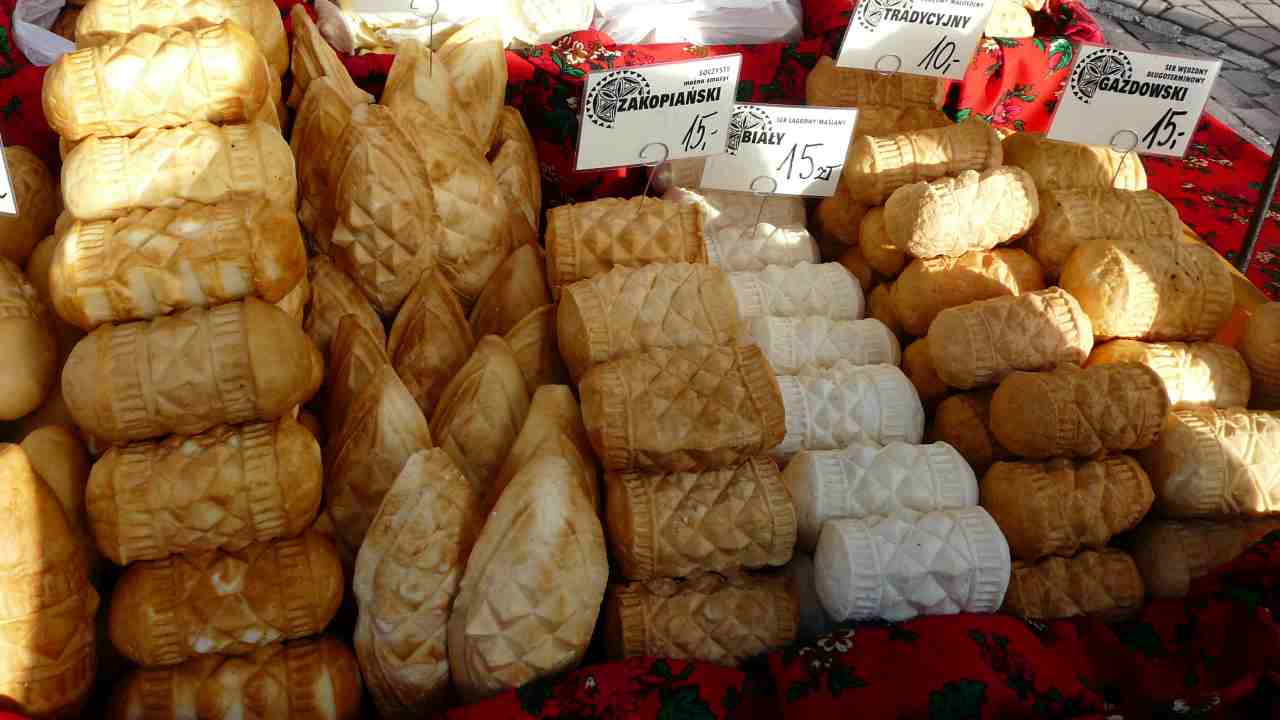 Polish shepherds from the Tatra mountains have a reputation of producing one of the best Polish delicacies, called oscypek. Many Polish tourists cannot imagine a travel to the mountains without tasting the specialty.

Oscypek is hard smoked cheese made from sheep milk, typical for Polish mountains, especially Podhale (Polish Highlands), the region in the Tatras. Since the 14th of February 2008, this regional product has been registered as protected designation of origin (PDO), and can be legally produced in merely seven counties. The law forbids the production and sale of oscypek under this trade name except for chosen areas. According to the law, oscypek must contain specified amount of sheep milk and particular measurements and weight.

Oscypek, served with cranberry jam, is popular street food in the mountainous region of Poland. The cheese owes its name to “scypanie”, which means disintegrating cheese in order to get rid of whey.

Oscypek is created by hand, with careful diligence, and is often decorated with the help of wooden mold – oscypiorka. Cheese mass is closed in the mold, impressed and then smoked. Although its recipe is not a mystery, the preparation of genuine oscypek requires experience and using exclusively traditional methods of production. It is not a cheese produced on mass scale, each cheese block is a result of highlanders’ hard work and tradition passed from generation to generation.

The cheese appeared in the Polish grounds of Podhale thanks to Wallachian shepherds, who came from the southern Balkans and traveled along the whole Carpathians. First mentions about Oscypek come from the 14th century.

First oscypek was supposedly produced in Ochotnica village, where each farmer was supposed to produce and hand over specified amount of cheese as a tribute. At the time, a number of restrictions was imposed on the production of cheese, in some cases, the restrictions even concerned the senior shepherds who pastured the sheep. According to the instruction from 1748, bacowie (senior shepherds) and juhasi (the Tatra or the Carpathian mountain shepherds) had to look handsome and possess such qualities as condor.

The sheep that pasture on alpine tundra in the Tatra mountains feed on diverse plants, including medicinal plants. This influences both taste and composition of milk, and therefore oscypek as well. Sheep milk contains more protein and vitamins than its cow equivalent.

It is heated above fireplace in a boiler. When the milk reaches its proper temperature, rennet is added. Clotted milk is smashed with a wooden paddle, and then hot water is added so that clotted pieces glue together and sink to the bottom of the vessel. Afterwards, when cheese mass is separated from the whey, it is formed in sculptural wooden molds, owing to which oscypek receives its ornamenting.

For another 24 hours, oscypek is bathed in a strongly salted broth in order to get rid of water excess. Subsequently, it is placed under a shepherd’s hut roof and smoked. It ages for several days until it has specific smell, taste and color.

Oscypek may resemble bryndza, another regional Polish cheese protected by law. In Greek cuisine, you can also find cheese made from sheep milk with a savory flavor, it is called halloumi. Another similar type of cheese is manchego, known in Spanish cuisine.

Oscypek might take various forms, it can be spindle-shaped or cylindrical, depending on the vessel which it was created in. This Tatra delicacy can be grilled, fried or serve with confiture. It can be used as an additive to salads, various meals or as one of the ingredients of a cheeseboard.