Polish proziaki: history and an easy recipe for these savory buns 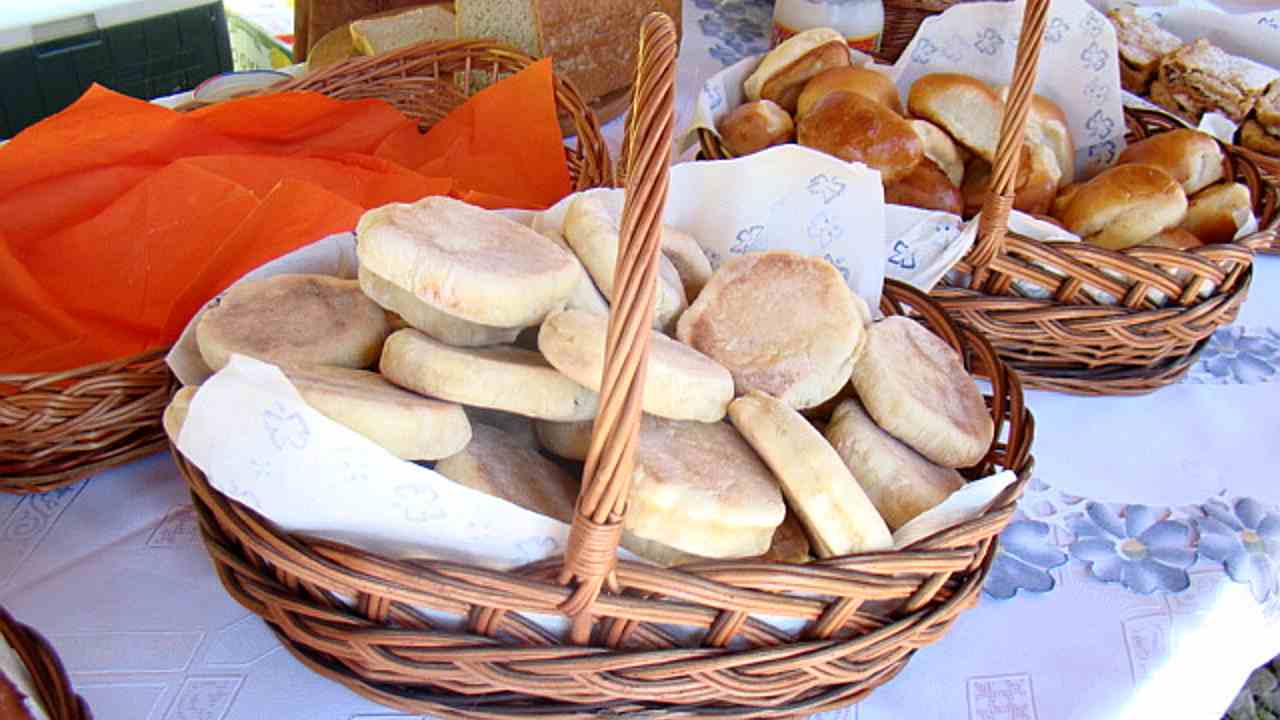 Proziaki are traditional Polish buns, which you can also find under the name soda bread or flour-based rolls. In order to make them, baking soda (Polish: soda oczyszczona or proza) is used. The dish originates from Subcarpathia in south-eastern Poland, located close to the border with Slovakia and Ukraine. Interestingly enough, although the dish also appears in other parts of the country, it is quite little known, even among Polish people, particularly the younger ones.

Proziaki can be circular shaped, with the diameter of 6-10 or quadrilateral. Its thickness should be around 1,5 cm. Currently, most proziaki are baked in an oven pan with a small amount of fat or lard (Polish: smalec).

These soda breads are fluffy and soft from the inside, and crunchy from the outside. Although there are different variants, baking soda, to which proziaki owe their name, is an obligatory ingredient. Back in the day, baking soda was called proza in Poland.

Their history in a nutshell

Although proziaki are known in various regions of Poland, also under various names, it was Subcarpathia where their history began. First records of proziaki in the Subcarpathian Voivodeship appeared in the 19th century, when baking soda arrived in this area. Proziaki became a cheap and fast alternative to bread, which was baked once a week or even less frequently. Proziaki used to be baked on traditional tile surfaces, heated by firewood, and their characteristic aroma spread throughout the entire household.

Presently, these tasteful buns are being discovered anew. In 2006, proziaki were entered into the traditional ingredient list of the Subcarpathian Voivodeship. The information was of no surprise to the Subcarpathian inhabitants since proziaki have been a dish constituting a common ground to people from Carpathian Foothills, the Bieszczady Mountains, the Beskid Mountains and Roztocze.

Why should you care?

Polish proziaki are surprisingly easy to prepare. It will literally take you 10 minutes to make the dough and another 15 minutes to bake. Therefore, they will make a perfect base for breakfast if you run out of bread or you don’t feel like walking to the bakery.

You may face a challenge when it comes to getting some of the ingredients, though. The thing is that what is easy to buy in any grocery store in Poland, might be a bit more challenging to find in other country. Maślanka (English: buttermilk) or kefir that constitute the main ingredient of proziaki, are not frequently sold in supermarkets outside of Poland. But don’t worry! In many European cities you can find Polish or Eastern Europe stores where you can supply yourself with the necessary ingredients.

Sift 500 grams of whole wheat flour with salt and baking soda into a large bowl. Then, break one larger egg and pour in buttermilk or kefir. Add half a teaspoon of sugar.

Knead the dough with your hands for a few minutes, until it becomes smooth. Afterwards, place the dough on a pastry board and roll out the dough into a sheet about 1,5 cm thick.

If you want to obtain circular-shaped proziaki, use a glass and cut out circles. Having cut out the circles, knead the leftover dough again, sprinkle with a little flour and roll out again. Repeat the action until you have used up all the dough.

Cover the not-yet-baked proziaki with a cotton cloth and set it aside for 10-15 minutes in a warm, airless place. After this time, you can fry or bake them, whatever your preference.

Roast the buns in a preheated medium skillet, but do not grease the pan. Put a few proziaki at once and bake them for approximately 10 minutes. Change the side every minute or two. Proziaki will also rise while baking in the pan.

What to serve it with?

Those buns are a universal delicacy because they taste excellently when served simply with butter and salt, but they suit perfectly with other ingredients as well. When it comes to savory variant, goat cheese or butter with bear’s garlic is frequently added. The sweet variant contains honey, confiture, or known from Subcarpathia, dogwood jam.

Last years, this rarity from Old Polish cuisine has been gaining popularity. In modern restaurants, proziaki burgers or proziaki sandwiches are prepared, usually served hot, directly from the oven.