Not only vampires drink blood: everything to know about Czernina, a bloody Polish soup 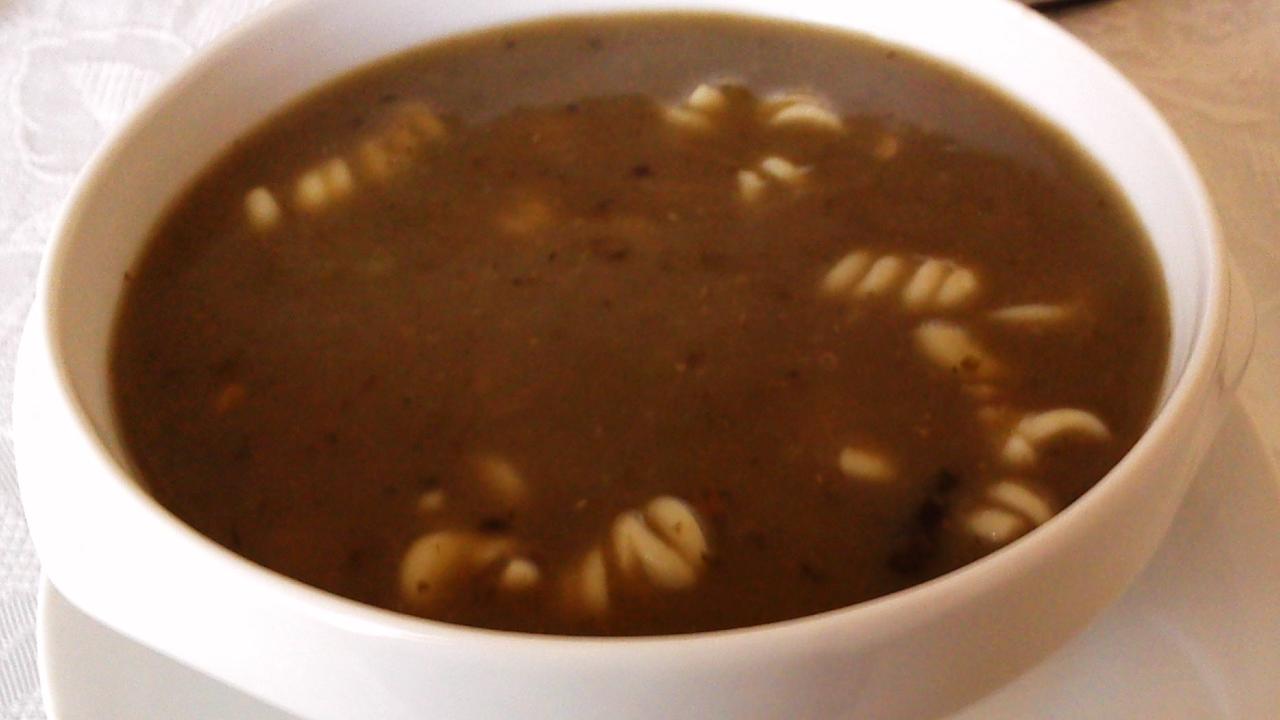 In a ranking of foods that divide the Polish nation, czernina would almost certainly hold a high place. Loved in such regions as Greater Poland, Pomerania, and Kuyavia, in many other parts of Poland this dish either evokes disgust or is unknown. In this article, you will find out what it is and how to make it. If you dare, of course.

The name czernina (or czarnina) comes from the color of the soup: black. Other variations of the name include czarna polewka or zalewajka (black soup), barszcz szary (gray borscht) or juszyca (bloody soup). Some people also jokingly call it a chocolate soup (my poor little brother believed it was truly made with chocolate) or even mała czarna (an allusion to coffee or a little black dress).

While the general taste of the soup may differ from house to house, the core ingredients are always the same. The key ingredient of czernina is fresh blood, ideally drained straight from a duck or goose corpse. Adding vinegar prevents its coagulation. The meaty broth for this soup is usually based on duck parts (sometimes on a whole bird) and giblets. The soup’s unique sweet and sour tang stems from dried fruits, for instance, prunes, apples, or pears. The creaminess of the dish, on the other hand, comes from fresh sour cream. Finally, the spicy exotic herbs provide earthy notes to the whole dish.

The earliest accounts of czernina come from the 16th century. At that time, it was greatly enjoyed by the upper layers of Polish society, Sarmatians. Curiously, some versions of recipes for this arch-traditional soup are missing the seemingly unmissable ingredient: blood. The Baroque predilection for culinary illusion could justify this surprising absence. In Sarmatian cuisine, various culinary concepts and dishes were supposed to surprise both with their appearance and taste. Perhaps czernina without blood was the product of this rule.

This inky soup is connected with an old Polish custom. Namely, if you received a plate of duck blood soup while visiting your potential in-laws for the first time, you were in tremendous trouble. Why you may ask. Well, because this iron-rich soup was a symbol of rejection! A similar plot is featured in Pan Tadeusz, a Polish national epic.

However, don’t worry! The aforementioned custom is kept alive only in classic literature. Nowadays, the symbolism is a bit blurred. Moreover, czernina is more commonly featured on menus of restaurants specializing in traditional Polish dishes rather than those of Polish homes.

Though it no longer tastes like rejection, it undoubtedly tastes like a culinary adventure. It has a distinctive sweet and sour flavor: apart from dried fruit people also like to add a bit of sugar and/or vinegar upon being served to adjust the taste to their liking.

Czernina is traditionally eaten with ribbon pasta, noodles, or dumplings (not pierogi!): lane (poured) or kładzione (laid). A version with boiled potatoes is popular as well.

When it comes to the garnish, you can add a bit of greenery to liven up this gloomy dish. A sprinkle of chopped parsley would be perfect!

It may neither look nor sound very inviting but you will never know if you like it unless you try it. Besides, now you can make your dreams about becoming a vampire come true!

If you are still hungry for more information about the culinary world, click here.