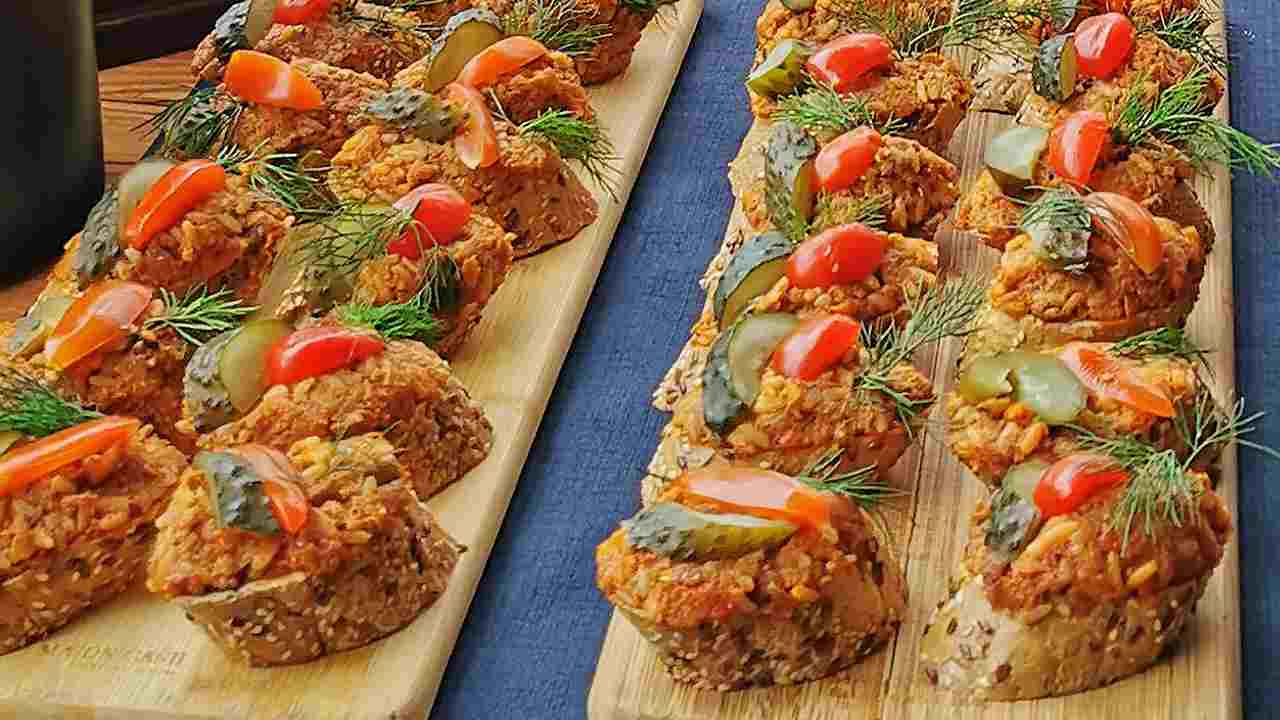 Szczecin paprikash (in Polish paprykarz szczeciński) is a fish and rice spread popular especially among Polish students, workers, and travelers. Although this paste holds a special place in the hearts of many Poles due to the nostalgic feeling it evokes, its taste is a whole other story. Some hate it, others see it as something extraordinary; a west Pomeranian, if not national, treasure. In fact, paprikash is so iconic that it is commemorated with a monument in Szczecin, the city of its creation.

Let’s see together what is all of this fuss about.

Born to be… mild (and cheap)

The creation of Szczecin paprikash in the 1960s was dictated mainly by cost savings. Szczecin-based Deep Sea Fishing and Fishery Services Company Gryf wanted to somehow use up the offcuts left after punching fish cubes from frozen blocks. And it became an unquestionable hit! Not only did it win the hearts of people in then-communist Poland, but, in its best days, paprikash was exported to 32 countries! As the saying goes, waste not, want not.

After the demise of the company, paprykarz ceased to be produced in Szczecin, but since the name is not proprietary, it soon began to be made in factories across Poland. So one might say that it is from Szczecin, but technically it is not anymore.

The ingredients list on a Szczecin paprikash can usually includes ground fish meat (around 40%), rice, onions, tomato paste, some vegetable oil, various spices, and salt. If you buy it, check the label, sometimes they do specify the type of fish used.

The taste is fishy and so distinct that it cannot be described. Nevertheless, I must say that it is not necessarily spicy. Paprika does not play a major role in this dish, which may come as a surprise for some since the name paprykarz (meaning seasoned with paprika) puts this spice in the spotlight. Similarly to the fish kind, the labels often evasively say that paprikash contains spices, so paprika may not be featured at all.

The paprikash, the myth, the legend

The name may have also been inspired by the contents of the can itself: the mix of meat, hot spices, and onions might have reminded someone of Hungarian paprikas or rather pörkölt since the former contains cream. The name may also make more sense if you consider the anecdotal origins of this spread.

This canned wonder was reportedly based on a west African chop-chop dish enjoyed by Polish technologists sailing on ships in those regions. As a matter of fact, the original paprykarz recipe supposedly called for pima, a special hot spice, as well as for at least 40% of African fish meat.

The problem is, that neither the chop-chop dish nor the pima seem to exist. This inaccuracy could be an honest mistake of the fishermen who misunderstood the locals. As it is explained in this article, in west African English the word chop means food or to eat. It is likely then that the fishermen mistook the invitation to eat as the name of the dish. When it comes to pima, it is either piment (chili pepper in French), or melegueta pepper (according to a son of a former fisherman from this company).

Technically not from Szczecin anymore, could be produced without adding paprika, and appears to have been inspired by a non-existent dish. Is anything about this spread true? Well, maybe neither the chop-chop dish nor pima does exist per se, however, there is an African dish that does resemble a bit our paprikash: ceebu jën, a national dish of Senegal that consists mainly of fish with rice, parsley, tomato paste, garlic, hot pepper, and a bunch of vegetables (potatoes, the African eggplant, okra, onion).

Summing it all up, Szczecin paprikash seems to be a Polish “marriage” of Senegal and Hungarian cuisine. No wonder why it became so iconic. You can read more about its influence in this study.

Although Poles more often buy paprikash in stores than make it at home, with the recipe below you will be able to recreate the famous dish no matter where you are (and you will know what fish you used, which is a big plus in my book).