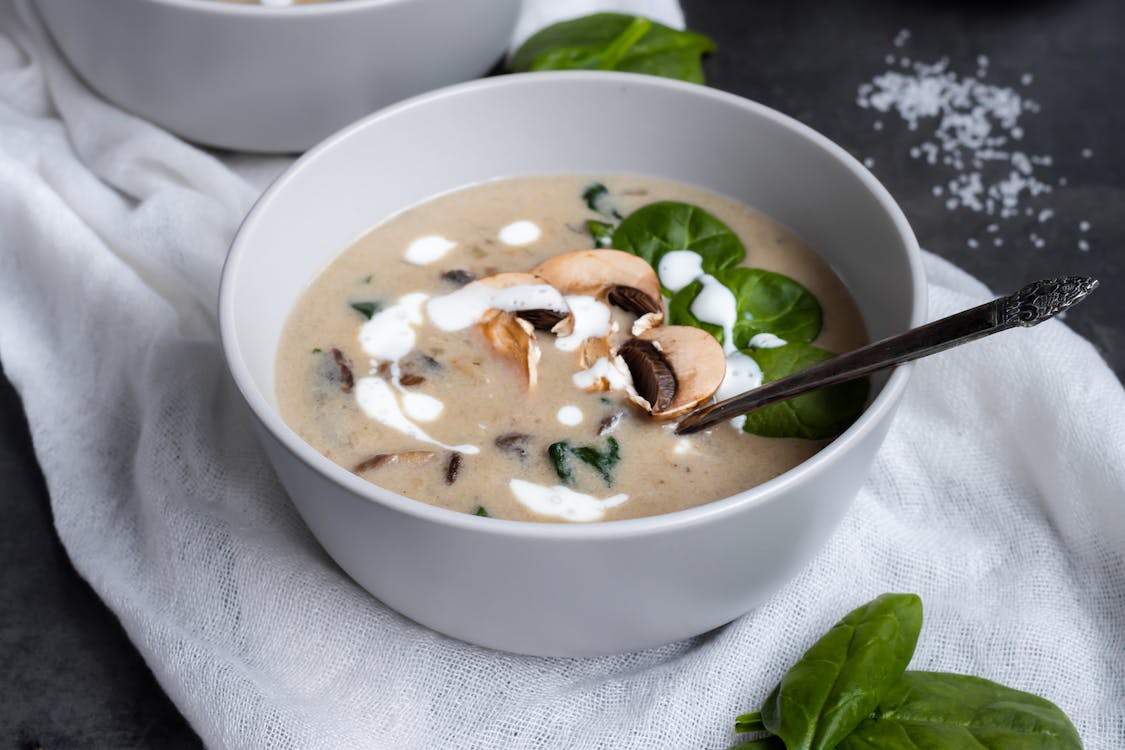 When summer comes to its inevitable end, the Polish start foraging for mushrooms. September, October and November in Poland are filled with various types of fungi, such as porcini, milk caps, chanterelles or parasol mushrooms. After they have been picked up in forests, they are either dried or frozen at home, given to family members or sold at markets and also by the roadside. No one needs a permission to go picking nor is it obligatory to pay for it as in a number of Western countries. The only rule is to respect nature in all its fall glory and nothing stands between your adventure and participation in mushroom madness.

Speaking of the tradition of mushroom picking in Poland, it is worth mentioning the Polish national epic. According to Adam Mickiewicz’s masterpiece Pan Tadeusz, mushroom picking has been a part of Polish tradition for ages. Poles share it with Lithuania, which used to be a part of the Polish-Lithuanian Commonwealth), but also with other Slavic countries.

Why are Polish people obsessed with mushroom picking?

As opposed to crazy mushroom pickers in Poland, people from countries such as Great Britain, the USA, Belgium and Denmark are not so fond of this activity. The British and Americans, in particular, rarely venture into the woods to forage, mostly opting for cultivated button mushrooms found safely wrapped in supermarkets. Looking at the folkloristic English names of many wild mushrooms, we can notice their anxiety: Witch’s Hat, Destroying Angel, Poison Pie, or Devil’s Urn. All those creepy nicknames do reveal the shady position of mushrooms in the Anglo-Saxon culture.

In contrast to strict rules and frightful opinions referring to mushrooms in Western countries, Poles are much more open to different species. Still, Poland is a country where fungi are both loved and feared. This dual view of mushrooms as both a delicacy and a mystery is noticeable also in contemporary Polish culture. On the one hand, mushroom picking is a national hobby practiced by both old and young people, and the knowledge about particular species is usually passed from generation to generation.

On the other hand, mushrooms remain something to be wary of, since there is always an element of risk in consuming them. If you’ve ever been to Poland in fall, you must have heard a joke “All the mushrooms are edible, but some only once.”

Dried Mushrooms are fundamental when it comes to Traditional Polish Christmas Dinners. Forest mushrooms are one of the most crucial and most frequently used ingredients in the 12 traditional courses of the Polish Wigilia (English: Christmas Eve). Just like many other elements of the Christmas Eve supper, they are not used randomly but rather carry an important symbolic meaning.

The rituals surrounding all the dishes of the vigil supper and their components reach back as far as  several centuries ago. Many of them stem from old folk traditions and some of them reach back even further, to the traditions of Polish pagan times. For many years, mushrooms were associated with strength and vitality. According to old folk beliefs, they also possess magic qualities, since they come from the extraordinary and mysterious expanse of the forest.

For ages, Wigilia was believed to be a night that had connected the physical world with the spiritual realm. Mushrooms were symbolic of that inexplicable mystique connecting the two. People believed mushrooms to be the food for the souls of deceased family who were present with the living during the Christmas Eve supper. Another traditional criteria of the Wigilia meal is that it ought to comprise of the fruits of the earth. Undoubtedly, forest mushrooms are an excellent representation of just that.

Wild mushroom soup is a clear soup, there is almost nothing except for mushrooms. Broth is bold and ”mushroomy”, and lightly creamy. Following the rules of the tradition, this festive mushroom soup is meatless. It is brewed on dried mushrooms, soaked the night before, and an bunch of root vegetables.

Most of the old recipes for this soup are very much alike. Traditionally, they don’t include dairy (neither cream nor milk), as it wasn’t allowed during the religious fast days. These days, however, you can find variants with sour cream or butter. What all those recipes do have in common are the key ingredients: borowiki (English: boletes) and podgrzybki (English: bay boletes). They constitute the basis of flavor richness and characteristic savory, earthy aroma.

Preparing this soup is usually considered a piece of cake, but bear in mind that unless you’re a mushroom-picker yourself, it can get a bit pricey. Mushroom foraging is a bit of a sport in Poland. It’s exciting, like a treasure hunt. And as we all know, every treasure has its price.

A number of wild mushrooms are considered to be unsuitable for children under 12. If it is so, the question arises whether they are suitable for anyone. The choice is yours. Enjoy!