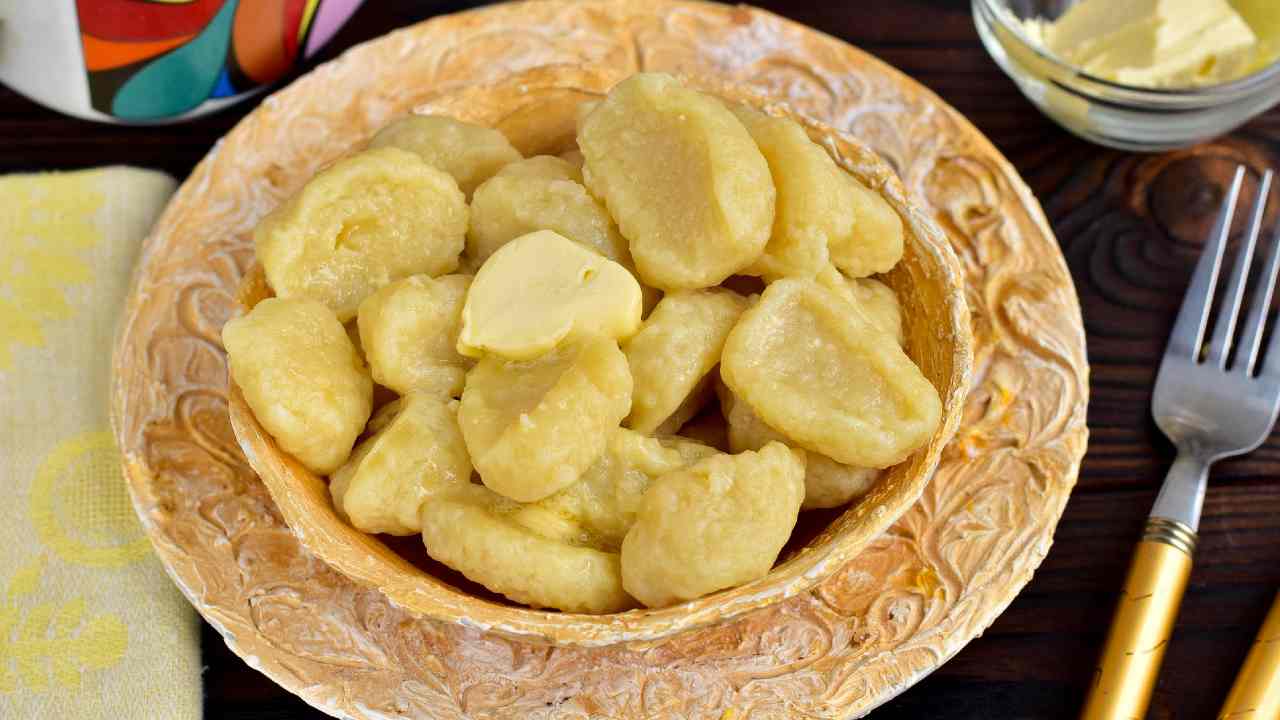 It’s a work day. Tired, you are searching for something quick and easy to make for your dinner. Well, you are in the right place! These quark dumplings are filling, comforting, and made out of only 3 ingredients. What is more, the whole preparation process should take no more than 20 minutes. Maybe they do not look like much but, truth be told, I do not know anyone who does not like them. Minimum effort, maximum satisfaction, as some may say. But first, let’s discover what exactly are pierogi leniwe and how they came to exist.

Just like the name entails, pierogi leniwe (in English lazy dumplings) are the version of pierogi for the lazier days. While in the traditional Polish dumplings the stuffing is enclosed in the dough, in this version everything is mixed together and then cut into characteristic rhombic pieces.

Because of their shape, leniwe are also at times called leniwe kluski (lazy noodles). Actually, the problem of classification is perhaps the most controversial part of this dish. While the ingredients resemble the ones used for potato and cheese pierogi, the shape is just like this of noodles or even kopytka (noodles made of boiled potatoes). The preparation process is similar in both cases.

As of now, the conundrum remains unsolved and both names are used. Nevertheless, no matter whether they are dumplings or noodles, one thing they are for sure, delicious!

Legend has it that leniwe were created by a housewife who didn’t want to prepare ordinary dumplings. It’s just so much work! You have to roll out the dough, cut out circles, put stuffing in the center (not too much, not too little), and then seal the dough. For this reason, she decided to experiment and mix all of the ingredients in one bowl. She then cut the resulting dough into pieces and cooked them in water. Instead of four actions, we have two. Easier, right? Although it does sound reasonable, it is still a legend and nobody knows whether the story is true.

There are two groups of lazy dumplings enthusiasts. According to one, the best leniwe are those served sweet (I second that), while others claim that the savory version is superior.

The sweet toppings include sugar, butter, cinnamon, and/or whipped cream. On the other hand, the proponents of the other version like to eat them with butter and browned breadcrumbs without sugar, but they also use them as ordinary noodles or in place of kopytka. Leniwe would taste wonderful, for instance, with cream and spinach sauce, or as an addition to stews. Summing up, they are very, very versatile. Do as you please with them. Try them out in different versions and choose your favorite one.

How to prepare them

Since they are a classic and popular dish of Polish cuisine, they probably are made a bit differently in every house.

To make them, you need 3 ingredients: quark, flour, and eggs. At my home, my mother measures everything with her eyes. She just adds the ingredients “until it’s right”. Familiar? Well, I won’t be this cruel to you. Below you’ll find a recipe that my mother gave me enriched with measurements.

The following recipe should give you three servings of leniwe. I am partial to the sweet version, but you can use the dumpling in whatever way you like.

No matter which version you choose, both taste delicious! Enjoy!